Welcome! The Five Star Joshi column is a weekly insight into the world of joshi pro wrestling, discussing the shows, the best matches to watch, what wrestler(s) stood out, and a look ahead at what’s to come. It goes hand-in-hand with the Five Star Joshi Show, which you can listen to every Friday on Fight Game Media Network +!

THOUGHTS OF THE WEEK: 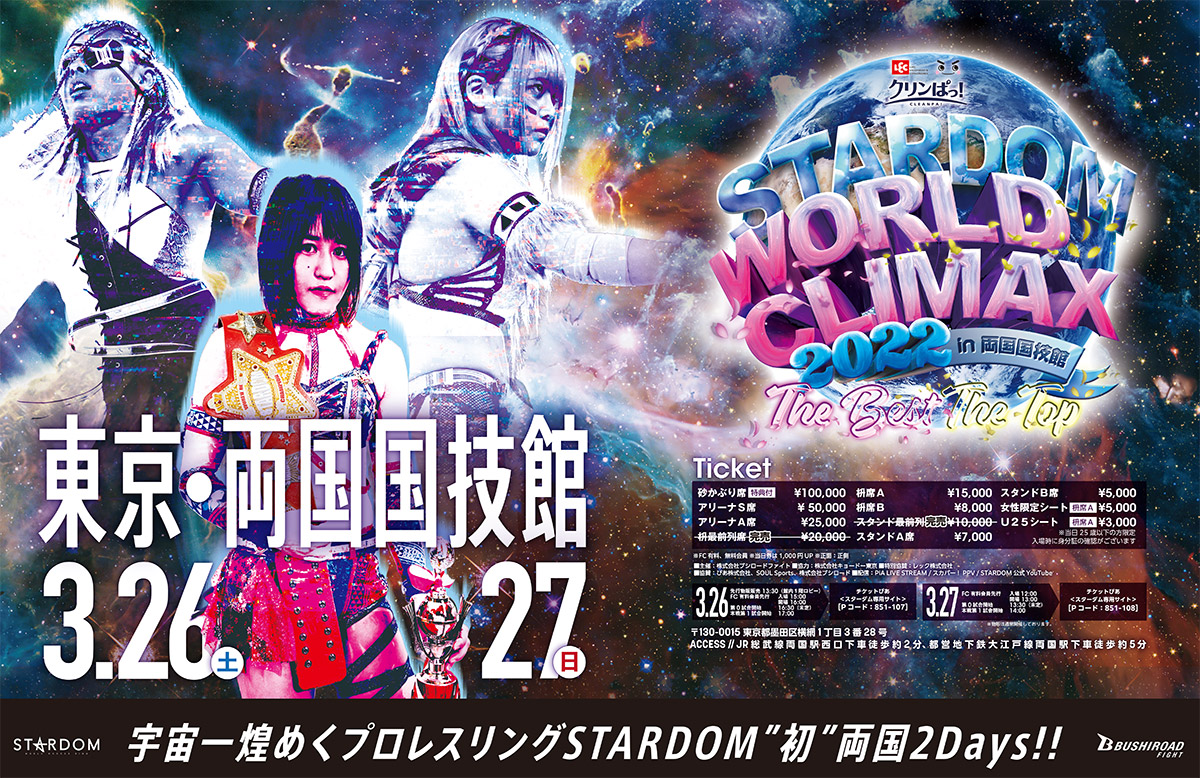 What a week for the world joshi wrestling. Ahead of what is the biggest wrestling week in the United States, Japan will solidify back-to-back weekends of great professional wrestling with Stardom World Climax.

This past weekend, of course, was TJPW Grand Princess which lived up to expectations. If there’s anything to go out of your way and see, it’d be the semi and main event of the evening. Shoko Nakajima won the Princess of Princess Championship by defeating Miyu Yamashita is one of the best matches in TJPW’s history. The Magical Sugar Rabbits and Maki Itoh retained their championships as well.

Much of the excitement now turns to the previously mentioned Stardom World Climax, a show that will be in the conversation for “Show of the Year” when it’s all said and done. The destruction of Donna del Mondo comes to a head in the main event of night one as Syuri faces Giulia with the World of Stardom Championship on the line. The winner will go on to face “The Icon” Mayu Iwatani for the title on day two, ~ The Top ~. KAIRI will officially return to Stardom on these two shows, marking one of the most highly-anticipated moments in the promotion’s history. If you have been on the fence about watching Stardom or Joshi overall in the past, then this is the show to at the very least try it out.

There won’t be a match where this roster doesn’t try and prove why they’re one of the best in the entire world. They deliver more consistently than any in wrestling. You won’t regret giving it a shot.

If you want to hear a full preview of the show, check out the Five Star Joshi Show now.

It was given away in the previous thoughts but this match right here walked away with “Match of the Week.” Miyu Yamashita is one of the best wrestlers in the world and deserves all the credit for what she did in her reign as Princess of Princess Champion. Simply put, the ace of TJPW lifted the title and those who she competed with every single match. The final three matches of her reign against Maki Itoh, Mizuki, and Shoko Nakajima very well might be the best three matches in the history of TJPW no matter how you order it. Nakajima, who had been rather cold for much of 2021, came into this match with so much fire and passion, you could feel it the moment she got in the ring.

There was marvelous drama towards the finish completed this match perfectly. Yamashita hit her signature Skull Kick and it felt she was closing in with one Crash Rabbit Heat knee to finish Nakajima off. But no, “The Big Kaiju” not only battled back but put an end to the dominant reign of Yamashita when she hit her top rope Senton for the victory. It was not only an emotional moment for Nakajima but one that felt perfect for the conclusion of Grand Princess. 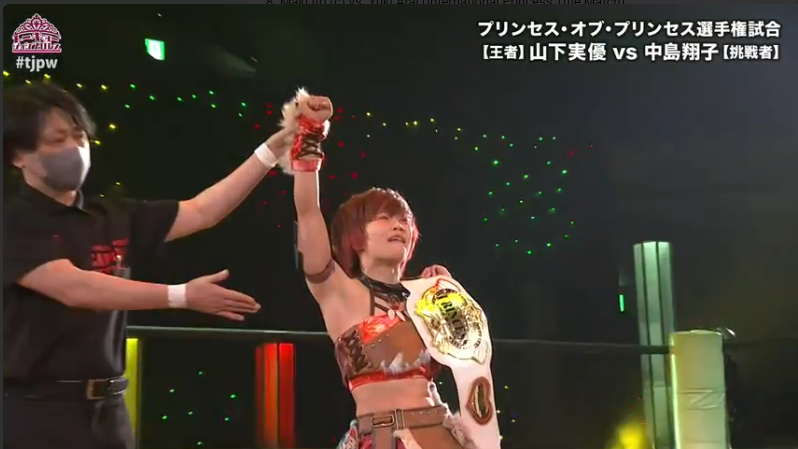 Shocker. Shoko Nakajima not only won the Princess of Princess Championship this week but showed the world why she should be in discussions as one of the best underdogs in pro wrestling. Despite her small stature, “The Big Kaiju” leaves it all in the ring for the audience and hopes to take down the biggest of foes who are presented in front of her. Nakajima, of course, succeeded in those goals when she defeated none other than the often thought unbeatable ace in Miyu Yamashita. Truthfully, Nakajima has the number of Yamashita like no one else in TJPW. “The Big Kaiju” is 4-2 over Yamashita with one of those two losses coming in Nakajima’s second career match. It’s time Nakajima gets the credit she deserves because she showed out. She will now carry TJPW into the future which feels more uncertain than it has in a long time.