Ahead of Josh Barnett’s BLOODSPORT 7 this weekend, I’ve translated an official guide to UWF’s point-system rules. It comes from a section of author and historian Fumi Saito’s 1994 book, プロレス大事典  (Pro Wrestling Encyclopedia).

Be sure to follow Fumi-san on Twitter, and also make sure you check out our Write That Down! podcast on the Fight Game Media Network.

UWF, RINGS, UWF-international, Pro Wrestling Fujiwara Gumi, and Pancrase each have their own point-system rules. 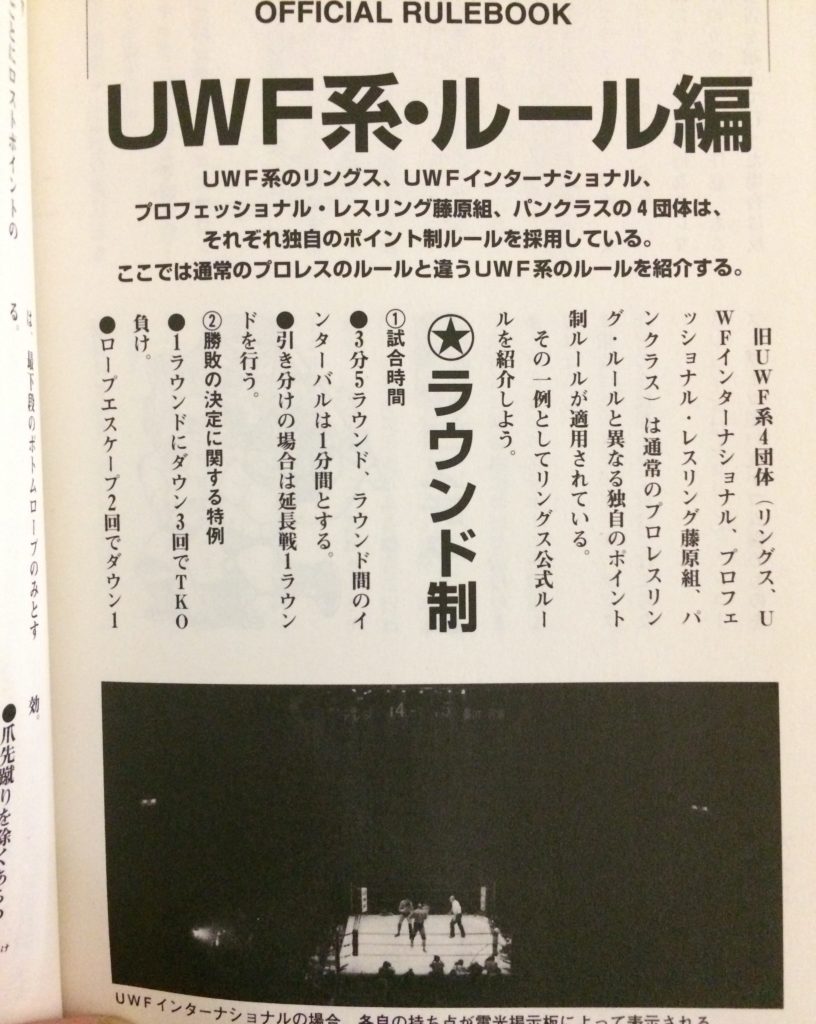 Here, we will introduce the rules of the UWF world that are different from the rules of normal professional wrestling.

The four former UWF groups (RINGS, UWFi, PWFG, & Pancrase) have their own point system rules that are different from the usual professional wrestling rules.

Let me introduce the official RINGS rules as an example.

① Match time
・Three minutes five rounds (the interval between rounds is minutes.)
・In the case of a draw, one extra round will be played.  (2) Special case to decide the victory or defeat
・TKO loses three times down in one round.
・Two rope escapes are considered as one down.  In the round, the number of lost points (difference of more than knock-down) is used to judge, and if the time runs out, the decision goes to the fighter with the most dominant rounds, and if there is no difference, overtime is played.

*In the extended round, the person who loses the best point from the opponent for the first time wins (“Sudden Death” method).*

② Point system
・Two rope breaks are regarded as one knockdown.
・If the time runs out and there is no difference of one down (or two escapes), or if there’s a lost point, it will be a draw.

As you can see, UWF-style rules are considerably more complicated than regular professional wrestling rules. For more details, see the pamphlets of each organization and study each.