The importance of MLW’s Opera Cup 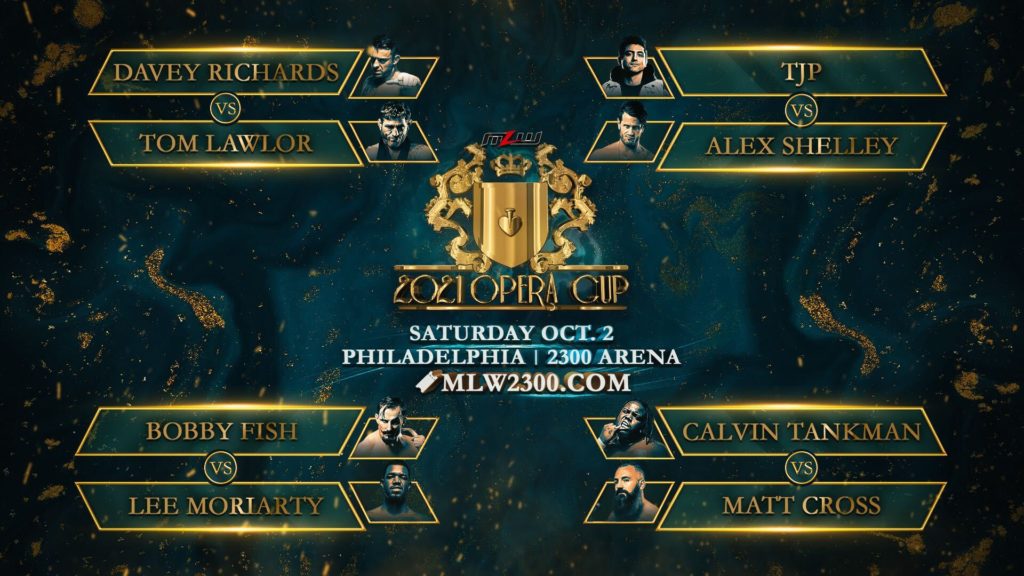 After reviving the tournament in 2019, MLW has made the Opera Cup a part of their yearly lineup and has always made it feel like an important affair.

The tournament, much like MLW in general, seems to be under appreciated when it comes to the tastes and priorities of wrestling fans. With AEW and WWE taking up the vast majority of fan’s plates nowadays, companies like MLW and ROH can fly under the radar, even when they’re doing really good work.

But as the fall sets in and a new season of MLW begins to take form, it’s time to remember what exactly the Opera Cup is and how significant it is to wrestling history.

You can thank the Hart family for creating and innovating a lot of things throughout the dated history of professional wrestling, and that includes the Opera Cup. Although the prestigious tournament wasn’t created by the family, the last winner of the cup was Stu Hart in 1948. Hart kept possession of the trophy until his tragic passing in 2003.

Teddy Hart, grandchild of Stu, inherited the cup shortly after his death. After signing with MLW in 2018, he donated the trophy to CEO Court Bauer and allowed the promotion to revive it.

MLW made a point to note that the trophy was being cleaned and restored by the same people who clean the NHL’s Stanley Cup. Simple things like this, whether true or not, matter in pro wrestling and just makes things feel more important.

Davey Boy Smith Jr. was the first winner of the cup’s revival. This also significantly increased the prestige of the tournament as DBS is a seasoned and well-respected veteran, as well as being a member of the Hart family himself.

Tom Lawlor, a top star in the company, won the second edition of the tournament last year. Lawlor went through Rocky Romero and ACH on his way to a clash with Low Ki in the finals. Lawlor would end up besting Ki in a twenty-five minute match to secure the cup.

This year’s tournament is arguably the best lineup yet. Along with boasting two MLW newcomers in Alex Shelley and Bobby Fish, the field also sees MLW standouts Calvin Tankman and TJP as well as last year’s winner, Tom Lawlor.

When you take into account the promotional aspect, the mixed lineup of veterans and newcomers, and the prestige and history behind the Opera Cup, you could make a genuine argument that it’s the most important wrestling tournament in North America.

The first round and semi-finals of the Opera Cup are set to be taped at the upcoming Fightland event in Philadelphia on October 2nd. It is currently unknown when the tournament is set to air.