Last night’s edition of Wrestling Observer Radio featured Dave Meltzer going into detail on one of the creative ideas made to Adam Cole during his meeting with Vince McMahon two weeks ago. Apparently, Cole was offered a main roster position to work in a managerial role for a heel Keith Lee. Cole was also told that his name would be changed to not create confusion with announcer Michael Cole.

Many social media prognosticators immediately dismissed this report, thinking there’s no chance in hell the Chairman could view a talent like Cole as a manager. When looking at both Cole and Lee, the report starts to make sense. Cole has undeniable in-ring ability, and his talents on the microphone give him a unique connection to crowds. One only needs to hear the countless cries “Adam Cole, Bay Bay,” echoing in Ring of Honor, New Japan, NXT, and now in AEW. However, Cole is significantly smaller than what Vince McMahon traditionally thinks of as a top-level talent.

On the other hand, Keith Lee has had a disappointing main roster run. Lee is also a tremendous performer between the ropes. However, his unique charisma doesn’t jibe well with the traditional WWE presentation. It also meshes well with Vince McMahon’s history when it comes to undersized talent. 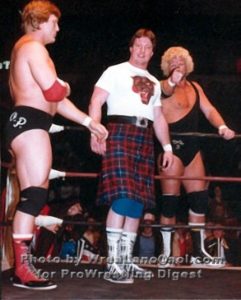 In 1983, Roddy Piper was one of the biggest stars in professional wrestling. Thanks to WTBS Superstation status, Piper became a household name in Georgia Championship Wrestling as a commentator alongside Gordon Solie. At the very first Starrcade, Piper competed with Greg Valentine in a brutal dog collar match that damaged his ear. Piper, one of the best talkers of the era and all-time, was hired by the WWF in January of 1984 and was immediately slotted as the manager of Paul Orndorff. Though the position gave Piper time to be a great heel, he was tasked with drawing heat for Orndorff and David Schultz. Piper utilized his talents to become the top heel in all of professional wrestling by the end of the year. However, Piper was considered very small in the land of the WWF giants.

A decade later, WCW’s Scotty Flamingo signed with the WWF. Though Flamingo was a contender for the WCW Light Heavyweight title, McMahon immediately renamed him Johnny Polo. Polo was slotted as the manager of The Quebecers and Adam Bomb before becoming a color commentator. Johnny Polo wanted to wrestle in the Federation, but McMahon didn’t see that. The real-life Scott Levy left for ECW, where he became Raven.

In the mid-2000s, Brian Kendrick became an indy sensation as both Spanky and under his real name. When Kendrick came to WWE, he was initially programmed in a tag team with Paul London that had a long run with the Smackdown tag team championship. When the company discovered Kendrick’s charisma, they repackaged him as The Brain Kendrick. Kendrick was then placed with Ezekiel Jackson, a monstrous competitor who lacked microphone skills.

Recently, indy and NXT sensation Lio Rush was made Bobby Lashley’s manager. Despite showing tremendous personality and talent, Rush was relegated to playing mouthpiece for Lashley, a character who excels with his wrestling but typically needs a talker as shown by his great pairing with MVP.

Some could point to AJ Styles’ recent run with Omos or Shawn Michael’s pairing with Diesel as positive examples of McMahon’s booking troupe. In reality, Shawn Michaels was already established as an up-and-coming top heel before bringing in Kevin Nash as a heater. Similarly, Styles is a multiple-time World champion who’s being used to help mentor Omos. Both are very different than bringing in Adam Cole, under a different name with significantly less equity, to finally make Keith Lee in Vince McMahon’s eye. 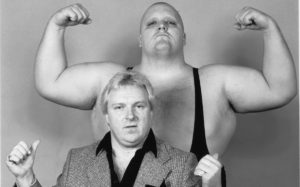 The history of pro wrestling is littered with talented in-ring performers who became fantastic managers. Bobby Heenan was long considered an elite-level worker. Heenan understood that he was at his best as a ringside performer who could bump for babyfaces. Freddie Blassie was a main event star in California and Japan before finding a second life as manager in the WWWF. Should Adam Cole have chosen to go that route, there is little doubt he would have excelled. However, in 2021, pro wrestlers are by-in-large smaller than in previous generations. Treating the modern-day Adam Cole like he’s living in 1987 is simply miscasting and misunderstanding the current marketplace.

Regardless of the pay, Adam Cole jumping to AEW was the best move to continue his in-ring legacy.