After a decade, we are finally getting another boxing video game: Esports Boxing Club is a game by Steel City Interactive that promises to be the most realistic boxing game ever created. Recently, ESBC made announcements that have showcased some gameplay footage. It’s said the game will focus on every aspect of boxing, and no one boxer is supposed to play or feel the same way in the game.

I want to thank Steel City Interactive for mo-capping this game. They brought in some of the best fighters in the world and let them be themselves. While the graphics are impressive, it was the fluidity and organic look of the game that enticed me. SCI didn’t try to control the boxers, they didn’t tell them how to move around or what to do. Instead, they let them be themselves, and because of that, no boxer will end up feeling or moving the same way. Even a boxer’s stance will have its own pros and cons. Some boxers’ stances will automatically block the body for you, for example.

Important strikes like the check hook will also be included in the game, but the feint system is another addition fans should get excited for. The feint system gives players the opportunity to cancel out, strike or even change them up. So, if you want to change form from a right body hook to a right uppercut, you can do it in one fluid motion, for example.

ESBC will also have an “adrenaline system” that button mashers should pay attention too: If you throw punches in bunches, you will see a heart rate meter on the screen, and it will flash red once your adrenaline gets pumping. If you get the knockout, congrats, but if not, it will damage your stamina by draining it significantly.

This game isn’t just about its realistic fighting mechanics. In Career Mode, you’ll be faced with a lot of out-of-the-ring choices, like managing your weight and injuries. The coaches and cut-men you choose will also affect preparation and recovery; the coach you choose will determine how well you can scout your opponent, and the better your cut-men, the more you will recover after each round. 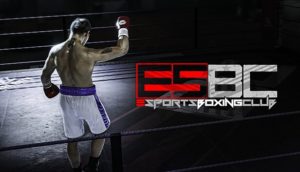 While the gameplay looks promising, another intriguing characteristic about this game is its roster. ESBC is putting together the most versatile roster you have ever seen in a boxing game, mixing the past and the present, even including some crossover stars. The first announcements were for Roy Jones Jr. and Butterbean, who both are making their return to the virtual boxing world.

In their second announcement, though, ESBC made history. They will be the first game to have a women’s division and they already have three of the biggest stars in women’s boxing in Clarressa Shields, Jessica McCasskill, and Seniesa Estrada, who will all be playable characters.

Even beyond the fighters, Esports Boxing Club will include legendary trainers to pair with in career mode, including Buddy McGirt and Eddy Reynoso.

As a fan, I’m excited to play ESBC when it comes out. I see it as something that could give boxing a boost during its slight resurgence in popularity. Lots of people kept up with boxing through video games like Fight Night, and this game will probably bring back those who have stopped watching boxing.

ESBC will be released in the coming months and will be available on all current-gen (PS4 and Xbox One) and next-gen (PS5 and Xbox Series X) consoles.