While most of the wrestling world is trying to recover from the three days of New Japan’s WrestleKingdom/New Year’s Dash, there was more action in the country.  All Japan Pro Wrestling held its own two-night event in Korakuen Hall on January 2nd and 3rd. This event set a tone for a very different All Japan in 2021. 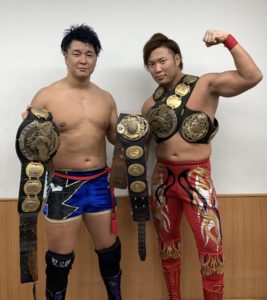 The weekend’s biggest surprise came as NEXTREAM, AJPW’s top star, Kento Miyahara and Yuma Aoyagi, defeated Violent Giants for the World Tag Team Championship. After dropping the titles, Giants, the Triple Crown Champion Suwama and Shuji Ishikawa, decided to part ways. Violent Giants has been one of the promotion’s top acts in recent years, and splitting the team came off as a surprise to the Korakuen crowd.

In the aftermath of the main event, Abdullah Kobayashi and Daisuke Sekimoto of Big Japan Wrestling came to the ring and challenged the new champions. The BJW team participated in last month’s Real World Tag League tournament, where they defeated NEXTREAM in the first round. The Miyahara/Aoyagi team rebounded from the loss and won the tournament, earning the match against the Giants. Sekimoto is a cornerstone of the BJW promotion, having won their heavyweight title, the BJW World Strong championship three-times, and co-held the BJW tag belts ten-times with seven different partners. However, Sekimoto previously held both the All-Asia and World tag titles with former partner, Yuji Okabayashi. 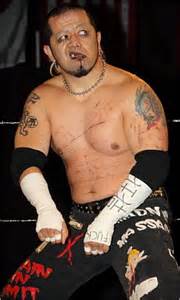 Another surprise happened on night two when Yoshitatsu, despite his unanswered invitation to John Cena, lost the GAORA TV title to Jun Kasai. Kasai, a deathmatch icon whose career path runs through Big Japan and Combat Zone Wrestling in the US, is certainly not what people think of when it comes to the AJPW of the past. However, Giant Baba has been gone for over twenty years, and All Japan is a different promotion today. How Kasai will fit into the All Japan roster and with whom he will work his program as champion is the question.

In the main event, Suwama repelled a challenge from Aoyagi and got a measure of revenge from losing the tag titles the previous night. After winning, the champion challenged Shotaro Ashino, leader of the Enfants Terribles. Ashino spent his career with Wrestle-1 before the promotion closed on April 1st of last year. A week later, Ashino led his stable into All Japan, where the Infants immediately impacted the company. On the back of the invasion, AJPW became one of the hottest promotions in the country during the pandemic’s early days. However, Suwama defeated Ashino when the two met in June. For the last six months, Ashino and the Enfants have been treated like a mid-card act. There is little doubt the Master of Supelx could have excellent matches with Suwama or as the Triple Crown Champion. Since signing last year, the company’s treatment of Ashino seems to indicate this program is a stop-gap on the way to an eventual Suwama Naoya Ogawa match.