Hello, fight fans, and welcome back to a new edition of the Monday MMA Round-Up. I am back this week after storms knocked my internet out for almost a week last weekend, and boy oh boy, there has been lots of stuff going on in the world of MMA. I am just going to focus on everything that has happened in the past week, including the main event at Saturday’s UFC event between Frankie Edgar and Pedro Munhoz.

Looking Back At A Busy Fight Week

Another week, another UFC event. They wrap up August with UFC On ESPN+ 33 on Saturday. Anthony Smith takes on Aleksandar Rakic in the main event, which will be only three rounds after the original main event for the card, Zabit Magomedshapirov vs. Yair Rodriguez fell apart due to injury. The co-main event is an excellent welterweight match-up as Robbie Lawler takes on Neil Magny. The rest of the main card sees Alexa Grasso vs. Ji Yeon Kim, Ricardo Lamas vs. Bill Algeo, and Magomed Ankalaev vs. Ion Cutelaba. The entire card will stream on ESPN+, with the main card at 9 PM eastern time following the prelims, which kick off at 6 PM eastern time. 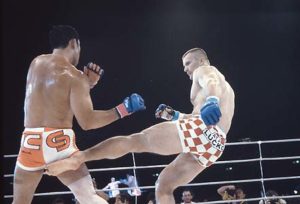 You can watch the fight between Cro Cop and Sakuraba on UFC Fight Pass here: https://ufcfightpass.com/video/34109.