Hello, fight fans, and welcome to this week’s edition of the Monday MMA Round-Up. I hope everyone reading this enjoyed their Fourth Of July Weekend. It seemed like it was going to be a quiet week in the MMA world with no major events running, but, boy, were we ever wrong. News came fast and furious over the last few days, so let’s jump right in.

Thoughts On This Week’s News

It is the UFC Fight Island kick-off as UFC 251 takes place on Saturday at 10PM eastern time on ESPN+ pay-per-view, with four hours of prelims airing on ESPN at 6 PM eastern time. UFC Welterweight Champion Kamaru Usman defends against Jorge Masvidal in the main event. UFC Featherweight Champion Alexander Volkanovski defends against Max Holloway in the co-main event in a rematch of their UFC 245 bout from December. A third title fight graces the card as the vacant UFC Bantamweight Championship is up for grabs when Petr Yan battles Jose Aldo. The rest of the main card sees Jessica Andrade taking on Rose Namajunas, and Amanda Ribas taking on Paige VanZant. 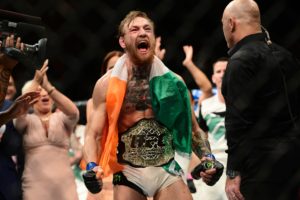 There are so many memories from this week in the history in MMA, so picking one is a hard task.

On July 11, 2015, arguably the best pay-per-view in UFC history took place with UFC 189. It was a massive event that saw Ireland take over as Conor McGregor was gunning for his first UFC championship. McGregor was supposed to fight Jose Aldo for the UFC Featherweight Championship, but an injury took Aldo out of the fight, and McGregor instead fought Chad Mendes for the Interim UFC Featherweight Championship. It had the big-fight feels with live performances for their walk-outs. McGregor ended up stopping Mendes in the second round to win the title, and a massive celebration took place in the MGM Grand. 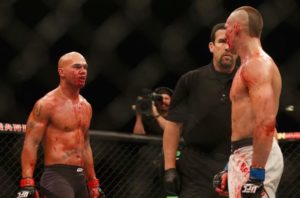 The show also had what was arguably the best fight in UFC history in the co-main event that saw Robbie Lawler successfully defend the UFC Welterweight Championship against Rory MacDonald. It was an absolute war that was bloody and violent, and Lawler finished MacDonald in the fifth round to retain the title. The fight has lived on as one of the best fights in the history of the sport.

The rest of the main card was absolutely fantastic, as Jeremy Stephens beat Dennis Bermudez in what is an often overlooked great fight. Also, Gunnar Nelson finished Brandon Thatch, and Thomas Almeida had a violent flying knee knockout of Brad Pickett.