The past two weeks, the WWE reached into their collection of intellectual properties they acquired from World Championship Wrestling to revive The Great American Bash for NXT to counter program AEW’s two-week Fyter Fest event. The NXT’s Bash was a success. It gave fans two weeks of top-notch pro wrestling action which included a classic champion versus champion match between NXT Heavyweight Champion Adam Cole and NXT North American Champion Keith Lee.

This got my creative mind thinking. What other intellectual properties from the past can they bring back?

I had a little bit of a love/hate relationship with the old WCW Battlebowl idea. Battlebowl was created by pro wrestling legend Dusty Rhodes in 1991 as special event to spice up WCW’s Starrcade PPV. Battlebowl was a two-ring battle royal. To qualify for Battlebowl, a tag team chosen at random through the Lethal Lottery would have to team up to first win their tag team. Forty wrestlers were picked at random to make twenty tag teams for ten qualifying matches. It was unique. 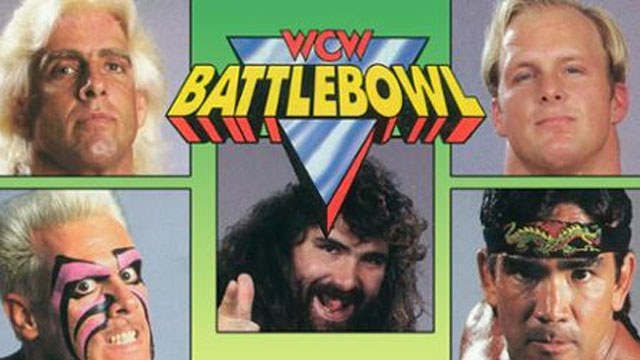 Why did I have a love/hate relationship with it? It was attached to Starrcade, which I didn’t like. Like the Royal Rumble, I thought Battlebowl would have been good as its own PPV. In 1993, WCW did make Battlebowl its own PPV, but things were so tough in WCW in 1993 and being sandwiched between Halloween Havoc and Starrcade, the Battlebowl solo PPV really didn’t do that well. The show also stunk minus the last few minutes of the Battlebowl main event.

NXT Battlebowl would make for a unique television experience. This would not be an event I would quickly put together. With a two-hour television slot, the ten qualifying tag team matches would have to be done over a period of five weeks. I think two tag team matches per show over a five-week period is perfect. This gives the matches the attention they deserve instead of quickly going through them.

I would keep the Lethal Lottery aspect of the Battlebowl event. Call me crazy, but when I booked, I liked to challenge my creative mind, so with this event, I would make the Lethal Lottery selection of teams a total shoot. As the booker, I was obviously in control of who I wanted to win the Battlebowl. I would select the final person the winner would eliminate. I would have two-to-three options on who that final person eliminated would be. Since this is a shoot in the selections of tag teams, by chance, my final two could face each other in a qualifying tag team match. In this scenario you need to have a backup plan.

All competitors would be eligible. That means both the NXT Heavyweight and North American champions would be in qualifying matches for the Battlebowl. I would pick someone who I am building up for a big championship match to win. This sets up an obvious number one contender. But you can use this scenario to create two number one contenders by having someone pin or submit the champion in a tag team qualifying match or have someone eliminate the champion during the Battle Royal. This would set up multiple championship matches for you over the next couple of weeks and the winner of Battlebowl sets up the ultimate challenger for a big match in the future.

Even though there are forty wrestlers in the tournament, it doesn’t mean they all have to be from NXT. You could throw a few surprises from main roster or even a free agent talent to spice things up. This would add to the excitement and show that anything can happen. 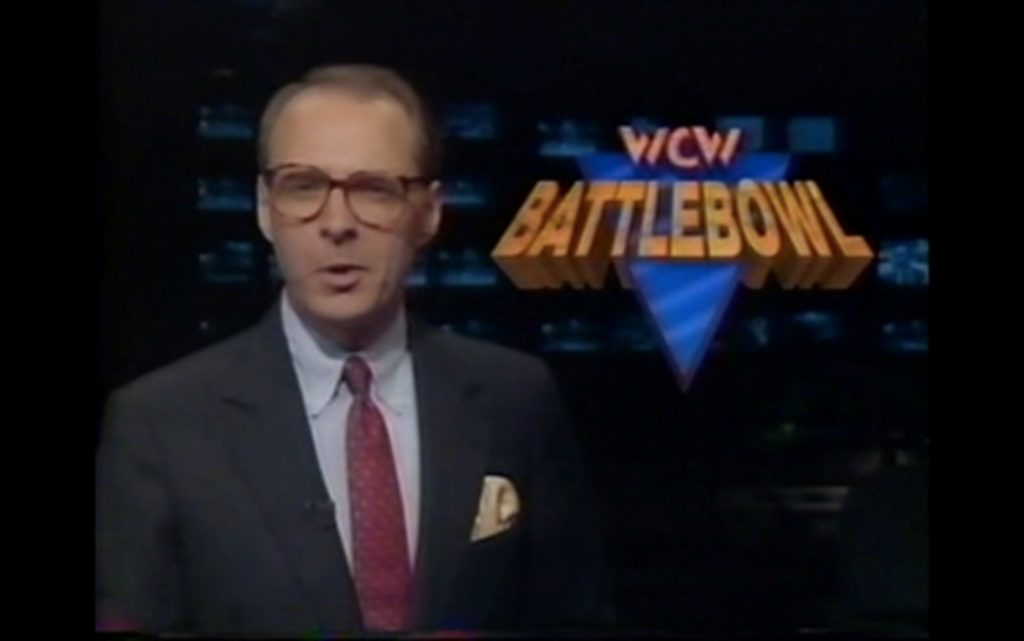 I would announce the special Battlebowl event eight weeks ahead of time. This gives three weeks of solid promotion about the upcoming special event and the rules. On the sixth week out from the Battlebowl event on NXT, I would announce that on the WWE Network immediately following this coming Monday’s RAW event, a live Lethal Lottery selection would take place. This way, you could use the RAW television to drive viewers to the WWE Network, but hopefully those RAW viewers who may not watch NXT would be interested in checking out the lottery. Then on NXT on the USA Network two nights later, you show highlights of Lethal Lottery selection and have the first two Battlebowl qualifying tag matches. Then over the following four weeks, finish up the tag team qualifying matches until you have all twenty participants in the Battle Royal.

Stage should be set for a NXT on USA Battlebowl special event. You have two rings which are set side-by-side. Two-rings could fit into Full Sail University side-by-side, but the entrances may have to be reconfigured or you can move the Battlebowl special event to the WWF Performance Center. All twenty participants will start in ring 1. Once you are eliminated from ring 1, you enter ring 2. The winner of ring 1 will face the winner of ring 2 to determine the Battlebowl winner. Unlike the WCW Battlebowl events, the winner of both rings will turn into a single’s match to determine the winner. The only way you can win is by pinfall, submission, or throwing your opponent over the top rope. Adding the pin and submission aspects adds a little extra drama.

This would be a perfect special for USA. Battlebowl may not be looked upon fondly by wrestling historians or fans, but with proper promotion, it could be a hit for WWE TV.