As I pointed out in my last article on Willie Pep, Joseph “Sandy” Saddler was the original tall and lanky fighter with explosive power. Before there were Alexis Arguello, Thomas Hearns or Bob Foster, there was Saddler who paved the way for such a fighter. At 5’9” and 126 pounds, Saddler dwarfed his opponents in the Featherweight division. Like Arguello, Hearns and Foster would do in later years, Saddler blinded his opponents with a stiff jab before landing his signature right cross from hell. This helped Saddler reign twice as World Featherweight Champion spanning seven years and be recognized as the greatest Featherweight in boxing history.

Saddler turned pro in 1944 at the tender age of 17. Because of his age, Saddler struggled at first, losing two of his first ten fights. However, once he got past his green stage as a boxer, Saddler became one of the most dangerous and avoided fighters in boxing. The 1940s were a dark age in boxing as many great Black fighters were avoided. Fighters like Sugar Ray Robinson and Archie Moore were avoided like the plague. Ezzard Charles was the best Light Heavyweight on the planet and he never came close to securing a shot at the 175-pound title. Saddler was able to secure a shot four years after he turned pro because the reigning 126 pound titleholder, Willie Pep, did not view Black fighters as inferior or with disdain. Pep was considered the second best fighter of the world in 1948 behind Robinson, which is why what happened next was shocking. 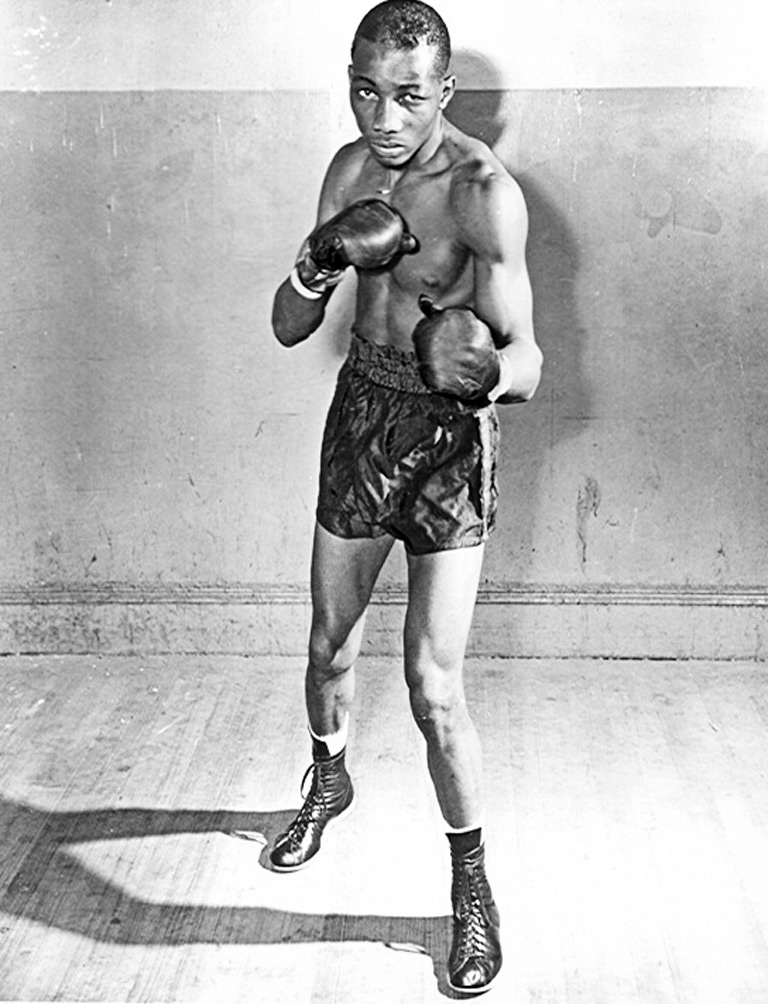 On October 29, 1944, Saddler received his first title opportunity. At the age of 22, Saddler was considered too young and inexperienced to stand a chance against the Wil O’ The Wisp. In one of the most incredible displays of punching power, Saddler shocked the Madison Square Garden audience by knocking Pep down twice in the third round before putting him to sleep in the fourth. The New York crowd that night saw the birth of one of the greatest punchers in boxing knock out the single greatest defensive fighter in boxing history up to that point. Saddler, like Hearns did with Sugar Ray Leonard over 30 years later, had the type of style that would always give Pep nightmares. Although Pep regained the title with a magnificent performance a little over three months later, Pep had to go through hell and back to win that fight. It would be the only time Pep would beat the Boston-born Saddler.

The third fight between Saddler and Pep occurred on September 8, 1950 in the hallowed grounds of The Bronx’s Yankee Stadium. A huge crowd once again saw Pep take a beating similar to their first encounter. Pep almost got knocked out in the third round and injured his shoulder in the seventh round before quitting on his stool right as the 8th round was about to begin. The fourth and final meeting between the legendary fighters occurred a year later, this time across the bridge at The Polo Grounds. This fight was an ugly affair with the two rivals throwing elbows, low blows and elbows at each other. Pep had become frustrated that his defensive wizardry had become null and void against the length and power of Saddler. After nine rounds of a foul fest, Pep once again did not come out of his corner as the fight was stopped due to Pep’s right eye being completely closed. It was the end of a bitter rivalry.

Saddler would serve two years in the Army during the Korean War before resuming his stranglehold on the Featherweight Title. Saddler’s next biggest test would be against the first boxing Filipino superstar, Gabriel “Flash” Elorde. Elorde defeated Saddler in a non-title fight on July 20, 1955, earning him a shot at the 126-pound crown. The second fight took place on January 18, 1956 at the world famous Cow Palace in San Francisco. Once again, Elorde gave Saddler all kinds of hell for the the first 10 rounds. However, Saddler opened up a vicious cut over Elorde’s right eye and utilized his battering ram of a jab to keep the blood gushing.

Finally, in the 13th round, referee Ray Flores had no choice but to stop the fight as Elorde was bleeding profusely. It would be Saddler’s final defense of his World Featherweight Title.

A year after defeating Elorde, Saddler was riding in a cab when the cab was struck by another vehicle, resulting in Saddler suffering a detached retina in his right eye. As a result of this injury, Saddler was forced to retire at the age of 30. Despite retiring at such a young age, Saddler still managed to win 145 fights while knocking out 104 of his opponents. He owned his greatest rival, Willie Pep, by defeating him in three out of the four fights they engaged in. He held the 126-pound title on two occasions for over seven years.

One other interesting note that has nothing to do with his boxing career was that his brother named his son Joseph after him. That Joseph Saddler would be just as famous as his Uncle Sandy, as he would grow up to become the legendary hip hop DJ, Grandmaster Flash. Famous nephew not withstanding, Joseph “Sandy” Sandler was the consummate and original tall fighter with monster power and the greatest Featherweight in boxing history.

Carlos Ortiz was the Godfather of Puerto Rican Boxing