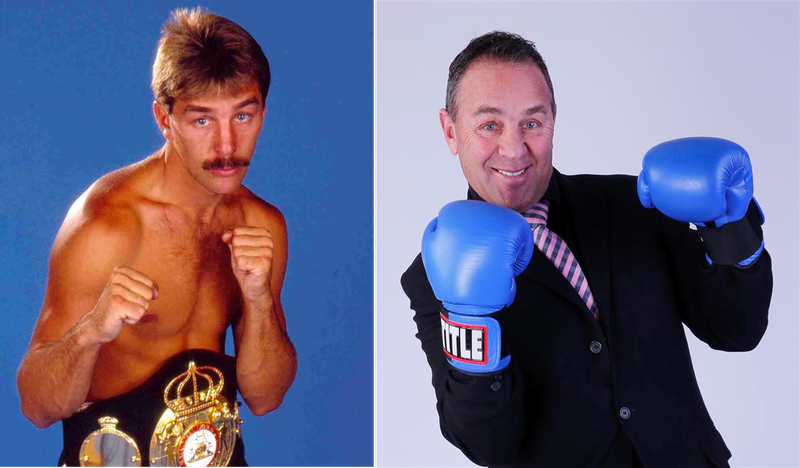 Robert Silva is back talking about the 4th greatest super featherweight ever, Brian Mitchell. 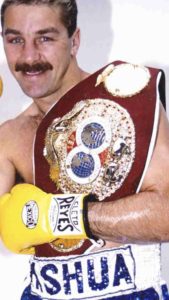 Being a White South African did not exclude Brian from poverty. His parents divorced at a young age and he turned pro a few weeks shy of his 20th birthday to help support his mother and siblings. He suffered the only defeat of his career in his seventh fight against Jacob Morake. Mitchell would fight Morake three more times and each bout was extremely tough, including the fourth and final meeting on November 2, 1985 for Mitchell’s South African Super Featherweight Title. In the 12th and final round, Mitchell battered Morake from pillar-to-post before Morake collapsed. Morake never regained consciousness and died the next day. Two fights later, on September 27, 1986 in Sun City, South Africa, Mitchell would finally get his chance at fighting for the 130-pound world title.

The WBA Super Featherweight Champion at the time, Alfredo Layne, was a journeyman fighter from Panama who had recently defeated the washed up Puerto Rican legend Wilfredo Gomez to win the title. Layne’s pedestrian skills were no match for the incredible counterpunching of Mitchell. Mitchell totally outclassed Layne before the referee called a halt to the fight in the 10th round. The South African fans were rabid that night. They had a homegrown world champion that happened to be White. However, Mitchell refused to allow the South African government to use him as a political tool. He remained steadfast and his own man.

Mitchell tried in vain to unify the 130-pound title with the WBC champion Azumah Nelson. Nelson, also African as he hailed from Ghana, refused to entertain a fight with Mitchell because of South Africa’s apartheid policy. Two of the greatest 130-pound, African fighters never met because of real life politics getting in the way. Mitchell, like many great champions, defended his title all over the world. He defended in Italy, Puerto Rico, Spain, England and twice in the United States. It was his second trip to the United States in which Mitchell finally received a unification title fight against IBF 130-pound titleholder Tony Lopez in Lopez’s backyard of Sacramento, California.

On March 15, 1991, Mitchell thoroughly outboxed the rugged and aggressive Lopez. Unfortunately, he was robbed. Not only was the decision a draw, Mitchell was stripped of his WBA Title as the WBA refused to sanction the fight. Credit to Lopez as he gave Mitchell an immediate rematch on September 13, 1991, once again in Sacramento. It was a near carbon copy of their first fight. This time, Mitchell was awarded a long overdue decision. It would be the 13th consecutive 130-pound title fight that Mitchell did not lose. Mitchell retired shortly after the fight as he grew frustrated at attempting to gain a fight with Nelson. Three years later, Mitchell attempted a brief comeback. After two lackluster wins against less than stellar fighters, Mitchell hung up the gloves for good at the age of 34.

Brian Mitchell was able to overcome being from a country that practiced apartheid to become its greatest boxing champion. He fought nothing but Black fighters on his rise to stardom instead of being fed White stiffs that had been custom for other White South Africans such as Gerrie Coetzee and Pierre Coetzer. Mitchell defended the title all over the world and was never in danger of losing his crown, only to have it stripped away because of boxing politics. He retired with only one loss in 49 fights, all the while cementing his place among the pantheon of Super Featherweight greats.