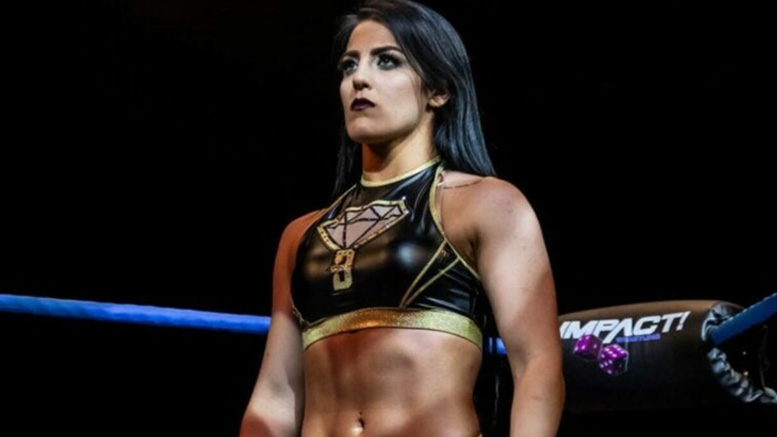 On January 12, 2020, Tessa Blanchard won the Impact Wrestling World heavyweight title. Not the Knockouts Championship, which is their version of the women’s title, but the title that had previously been held exclusively by men.

She became the first woman in a major wrestling company with national television to win the world title. Previously, Sexy Star won the Lucha Underground main title, but that company had a very small television audience and the promotion wasn’t considered major. Some have heralded this win as a major step forward for women’s wrestling. I’m not so sure about that. For the purposes of this piece, I’m not going to get into the much publicized controversy surrounding Tessa and her alleged attitude issues and the polarizing opinions about her from fans and from fellow wrestlers in the industry.

What I’ll say is that there are reasons why someone as talented as she is has not been signed by a bigger company and leave it at that. And the fact that she is one of the most talented women in professional wrestling is almost without question. For all the people criticizing her, no one talked negatively about her wrestling ability.

Though, there are contradicting opinions on the quality of her World Title match with Sami Callahan. Dave Meltzer of the Wrestling Observer said that her match with Sami Callahan may have been the match of the day on a day that included an awesome Tyler Bate vs Jordan Devlin match at NXT UK Takeover Blackpool 2. Mike Sempervive of the same website said the match was awful.

Personally, I don’t care for inter-gender wrestling so I haven’t watched the match and probably won’t. And this is my issue with this decision and why I don’t think that Tessa winning the belt is a good thing for women’s wrestling. Impact Wrestling has one of the better female wrestling rosters outside of WWE in North America. With Tessa, it may rival any of the separate brands in WWE and is likely better than AEW or ROH. But Tessa hasn’t been competing in that division for some time now.

By competing in the men’s division, Tessa is sending the message that women’s wrestling is beneath her. WWE had a similar issue in the late 90s with Chyna. She competed almost exclusively against men and even held the Intercontinental title on a couple of occasions. When she was eventually moved into the women’s division, no one took it seriously, including herself, and it almost killed the division. She did win the belt and ended up leaving WWE while still champion and the belt was a joke for over a decade until the mid-2010s when women’s wrestling started to be promoted seriously again in the company.

And this is what I find so frustrating about this situation. TNA, the former name of Impact Wrestling, was actually the first major North American company to present a women’s division that placed the women on a somewhat equal playing field as the men and several times, Knockouts division matches headlined shows. Gail Kim and Awesome Kong spearheaded this but there were others along the way and, for almost a decade, TNA was the company that featured the best women’s wrestling. Impact Wrestling still has very talented women competing for their belt. Taya Valkyrie has had a record long title reign. Jordynne Grace*, Kiera Hogan, Madison Rayne and Rosemarie are among her top challengers. They have good matches. But they would be better if Tessa was competing in that division.

For people like me, and I think there’s a lot of them, you also wouldn’t have the handicap of having to watch a smaller-sized women being beat up constantly by larger male wrestlers. Yes, Tessa usually comes back and wins but it’s very uncomfortable to watch and I think it will hinder the company’s growth. It is definitely hurting their women’s division. And I fear that when the inevitable day comes where Tessa moves back to the women’s division, it will be looked at as a step down. It might even hurt the men’s division as it could be viewed that all the men she beat along the way couldn’t beat a woman half their size.

I feel that Impact Wrestling made a decision to try and get some buzz, but the long-term effects of this could be felt for years to come.

*Editor’s note: Grace beat Valkyrie for the title at a TV taping, but the bout hasn’t aired yet.

1 thought on “Is Tessa Blanchard As Impact World Champion Good For Women’s Wrestling?”