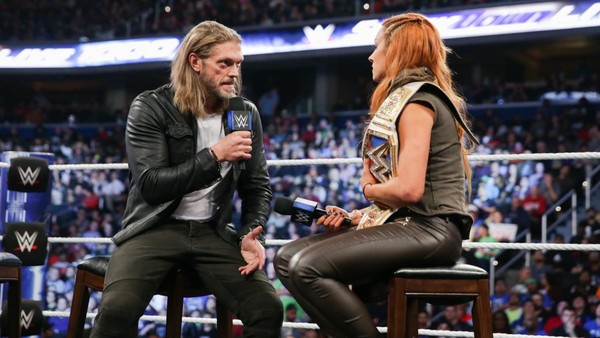 John and GG are back to talk about all the news in wrestling including thoughts on Edge returning to WWE and then discuss The Rise Of Skywalker.

John and GG are back with the Fight Game Podcast.

They start the show talking about what they’re planning for the next two weeks of the show, especially with next week being dark for AEW.

Then, they talk about the rumors that Edge is coming back to wrestling. (5:40)

They then look at the Wrestle Kingdom 14 card and the idea of having two big shows on consecutive nights. (16:30)

They quickly talk about the Wednesday Night Ratings and then discuss both AEW Dynamite and NXT. (27:25)

They look at Shayna Baszler and what might be next for her before discussing the main event of NXT. (1:00:00)

Lastly, they talk about the most recent Star Wars movie, Rise Of Skywalker. (1:19:45)