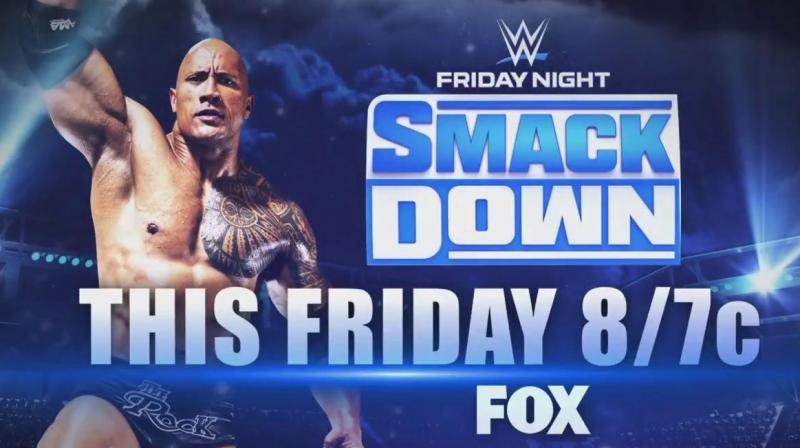 Check out our Smackdown on Fox live coverage with Brock Lesnar’s first match on Smackdown in years, along with appearances by Stone Cold Steve Austin and the Rock.

While AEW Dynamite and to a lesser extent, NXT on USA got a lot of media and publicity this week, nothing compares to the publicity of WWE’s first ever Smackdown on Fox show. The rating should be through the roof for wrestling today and with tons of surprises, should be a fairly noteworthy show. We’ll be back with live coverage.

John and I previewed it a bit in our latest episode of the Fight Game Podcast.

Stephanie McMahon and Vince McMahon were out at the beginning of the show before the new TV introduction.

Michael Cole and Corey Graves are by themselves in the broadcast booth.

Becky Lynch came out first to do a promo. Baron Corbin interrupted her. And then the music played. Rock is out next. He talked about uttering the phrase, “Lay the Smackdown,” he called Baron Corbin a burger king on crack and then cracky, and did his, “Millions,” call and response and then, “Finally.”

Corbin interrupted. Rock called him a 35-year old virgin at Comic-Con. Then they set up Corbin to say that it doesn’t matter what he thinks. He called him a super tough dude and had the crowd chant STD at him.

The Rock and Becky then beat him up so that the Rock could do the People’s Elbow. The segment was a little long, but Becky got the rub nicely.

Poor Becky had to stay in the ring the whole time through a long commercial.

This was fun. Becky went wild and then Charlotte went wild, but the setup was for Becky and Sasha to face-off. Charlotte hit the moonsault on both outside the ring.

Charlotte set up the Figure 8 on Bayley to win the match.

Michael Cole threw back to Erin Andrews who interviewed the New Day. She was ten times better than the normal backstage announcer.

They Gypsy King Tyson Fury is in the crowd.

Seth Rollins came to the ring and Bray Wyatt came on the screen for a Firefly Fun House. Bray wanted to simulate the match with Rollins and the Fiend by putting the Ramblin’ Rabbit and Mercy the Buzzard in a cage together. The buzzard ate the rabbit. He said that it’s Seth’s turn to hurt.

Hogan and Flair are sitting together in the audience. We just heard the last part of Real American before the match started.

The match never got going. Seth did his topes. Nakamura got an arm bar in right when the match started. It got dark, Seth looked like every person who dies in a scary movie and the Fiend showed up and put him in the Mandible Claw and threw him off the stage.

Owens didn’t let Shane finish his entrance as he dumped him to the outside.

Shane’s first big move was to beat up Owens to leave him lying flat on the announcer’s table so that he could dive and nearly not make it.

When we came back from commercial, Owens was fine and Shane was laying on a ladder that was perched between the barricade and apron. Owens then did a frog splash onto Shane. Looked like he killed him.

Shane interrupted Owens trying to get the belt with chair shots. He then did the coast to coast as Owens was in the corner trapped behind a ladder. Shane climbed the ladder and Owens caught him and powerbombed him onto another ladder that was perched on the bottom rope. Owens then grabbed the briefcase.

Not much to the match, which the baby faces won after Strowman pinned Dolph.

The bigger idea seemed to be Braun vs Tyson Fury who sized him up ringside. Fury got bumped and then wanted to jump the rail after the match was over. The security was waiting for him.

This is a lumberjack match. Daniel Bryan is out to do announcing with Corey and Cole.

Normal Reigns match with him selling a lot. Crowd is dead for it.

Back in the ring, Rowan went for the claw slam and Reigns hit him with an elbow. Harper came in and Daniel Bryan saved Roman. Reigns hit the Superman punch and spear for the win.

Kofi rushed Brock, ate a F5, and Brock is the new champion.

The match was 7 seconds long.

Rey Mysterio’s music started to play and he came out with Cain Velasquez. Brock is selling this so great.

Brock shot in and Cain took him down immediately for some ground and pound. Brock took a powder.

Tags: Smackdown on Fox, The Rock