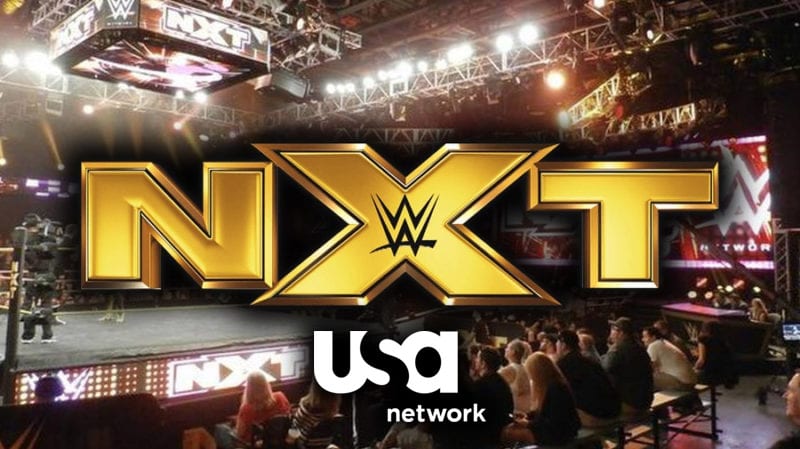 We’re live blogging NXT’s second two hour show featuring Matt Riddle vs Killian Dain in the main event of the first hour which is on USA.

Last week, I mentioned that I won’t be doing this regularly. This will probably be the end of my live reports of the weekly NXT show, especially because AEW Dynamite starts next week.

Since I’m watching live, I might as well write it up as it goes.

The big guys are kicking off the show.

Lee did a shoulder block that knocked Dijakovic all the way over the top rope. They had a little bit of a strongman battle on the apron and then Dijakovic chokeslammed Lee on the side of the apron. And then, commercial.

Next week when they go live on USA, they will have limited commercials. Also, Shayna Baszler vs Candice is one of the title matches. There will be more.

Kai won with her GTK finisher. The match was slow and not very good. They should’ve saved it for the network version of this show.

Riddle wrestling a street fight match without shoes is kind of silly. Lots of technical in-ring stuff for a street fight. And it’s commercial time.

Finally, they go outside the ring. Riddle hit Dain with a chair and then Dain did a horizontal splash on Riddle through some of the production area.

Riddle finally won with the Fujiwara armbar and he’s going to face Adam Cole for the NXT championship next week.

Cole came out to scream at Riddle and was put in the Fujiwara armbar too. The Undisputed Era came out and Riddle got out of there.

It’s time for the second hour, and thus far, no issues with the WWE Network.

Ripley won a glorified squash match. Carter was in the Mae Young Classic I believe, and has a basketball background. Considering she was the basketball player, Ripley dwarfed her.

Ripley used a delayed suplex. She finished her with the Riptide.

Ever Rise is a small-ish Canadian tag team.

This was a weird match. Ever Rise had a gimmick and they had a background and they actually worked together. It was somewhat of a competitive jobber match. They cut off the ring and had quick tags, and then they got killed and lost. Lorcan & Burch hit their tandem DDT for the win.

Mendoza has been the second best thing on this show so far. Much needed energy. Grimes slowed the match down with his offense, working on the armbar. He slowed it down to a halt.

Mendoza made his comeback and hit a running, diving kick that was nice. He then went to the top and moved toward the middle of the rope before hitting a dropkick. Mendoza hit a hurricanrana from the top rope for a nearfall. Grimes hit the double foot stomp for the win.

Lots of heat on Tyler Breeze throughout the match. Fandango made the hot tag and was a house of fire.

KUSHIDA won the match with an O’Conner roll on Barthel.