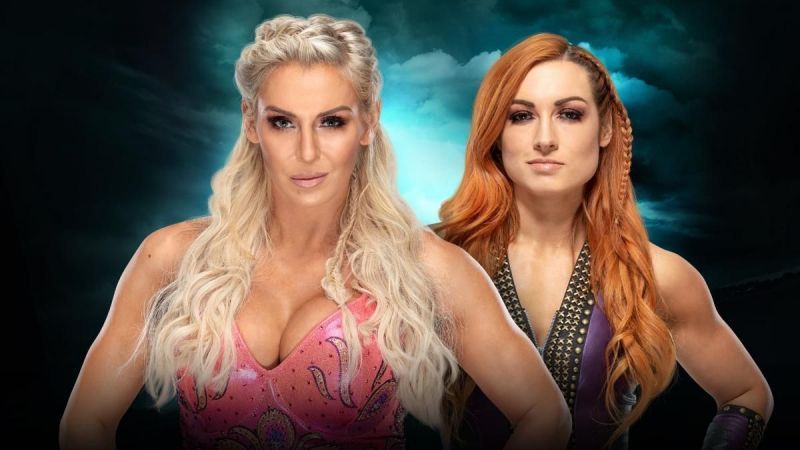 Originally there were supposed to be two pre-show matches. But instead, we just got one with the New Day taking on Rusev and Shinsuke Nakamura.

They turned Andrade vs Rey Mysterio into a four-way on the main card with Samoa Joe defending his US championship against Andrade, Mysterio, and R-Truth.

Shane McMahon & The Miz Vs The Usos

The Usos won after the Miz tried a frog splash, but Jey got his knees up and then cradled Miz for the pin.

There were some weird spots in this match. Shane jumped off the top, but Jimmy was also on the top. Shane wanted to do the coast to coast, but Jimmy wanted to hit the big splash from the top with Miz in the middle. They sort of just hit each other mid-air.

After the match, both Miz and Shane went to see Miz’s dad who was sitting in the front. They raised his arm. Then Miz turned his back and Shane clobbered him from behind. The turn has happened.

By the way, I don’t know if it was Jey or Jimmy who did stuff in my write-up. I just guessed.

I was hoping for Mandy to show her best self in this match, but we didn’t get it. She had to remember too many things and nothing was natural.

And the end of the match, she was supposed to slip on the apron drape which was up on the apron and she barely touched it, fell, and ate the Asuka kick.

On the pre-show, Kofi Kingston was called to the back to talk to Vince. He was still waiting when the New Day barged into the back to ask Vince what was going on. They asked him to make the title match a triple threat. He made a triple threat, but it wasn’t the one those guys wanted. They are gullible.

Kofi came out thinking it was the title match, but it wasn’t.

Kofi Kingston Vs The Bar

Kofi got destroyed. I guess your heroes are supposed to lose so they can win.

The New Day ran down, but they had to lose too. Nakamura and Rusev, who they already beat, beat them down before they could help Kofi.

The champs retained after Chad Gable tagged Ricochet while he was diving through the air. Gable hit a superfly splash, but then was hit with a shatter machine to get pinned.

Match was good, but the aftermath was better. Ricochet and Black got to hit all their big stuff.

R-Truth Vs Andrade Vs Rey Mysterio Vs Samoa Joe

Samoa Joe won after putting Rey Rey in the clutch.

This was the best match so far. Lots of lucha dives and moves from Rey and Andrade including a springboard corkscrew to the outside. It was beautiful.

Truth did his John Cena impersonation late including the 5 Knuckle Shuffle on Joe. Rey hit the 619 and then missed the splash. That’s when Joe locked him in.

When Sasha and Bayley were on offense, this was a good match. When Nia and Tamina tried to do stuff, not so much.

Bayley beat Nia when Nia went for a powerbomb and Bayley turned it into a hurricanrana and rolled her up.

After the match, the heels beat up the babyfaces and Beth Phoenix, who was doing commentary, went face to face with Tamina. She punched Tamina, but Nia hit her from behind. They tossed Beth into the ring. Nia gave her a leg drop. Then Natalya ran in and she got beat up too.

I guess Vince did say it was going to be a triple threat. It’s just not with Kofi.

This was a really good match. Adding Ali to it didn’t make a ton of sense to the storyline, but it did help it as a match.

Owens was on fire early on and then it became a big performance of great moves. Ali hit the Spanish Fly off the top rope which looked majestic. Owens hit Ali with a stunner. Owens did a rolling flip dive over the top rope. Ali did a full flip off the top rope and onto Bryan who was on the apron.

Owens gave Ali a powerbomb on the apron and was going to follow him to pin him and Rowan pulled him out and threw him over the barricade. He threw Bryan in the ring and Bryan got a two count. Then Ali went to the top and was going to do a reverse cross body and as he dove out, Bryan hit him with the running knee for the pin.

Well, this sucked. The match wasn’t good because Becky was hobbling around and had a few hope spots. Charlotte finally had enough and put her in the figure four. Ronda ran down and punched Becky right in the chest, causing a DQ.

Becky’s now in the match and we hopefully don’t have to deal with the convoluted angle anymore.

Elias has been recapping the show tonight in song. He did this third appearance and then ate a RKO from Randy Orton. Then AJ hit the Phenomenal Forearm.

This was a really good match. It’s what happens when you don’t make everything so convoluted.

There were some great physical and brawling spots. It was exactly what you’d expect from a Shield match. It was also the best I’ve ever seen Baron Corin before. He was in perfect position with great timing.

At the end, the Seth hit the Curb Stomp on Lashley on the announcer’s table. Then they put Drew through a table with the Shield powerbomb.

Lastly, they beat Corbin inside the ring with a Shield powerbomb.