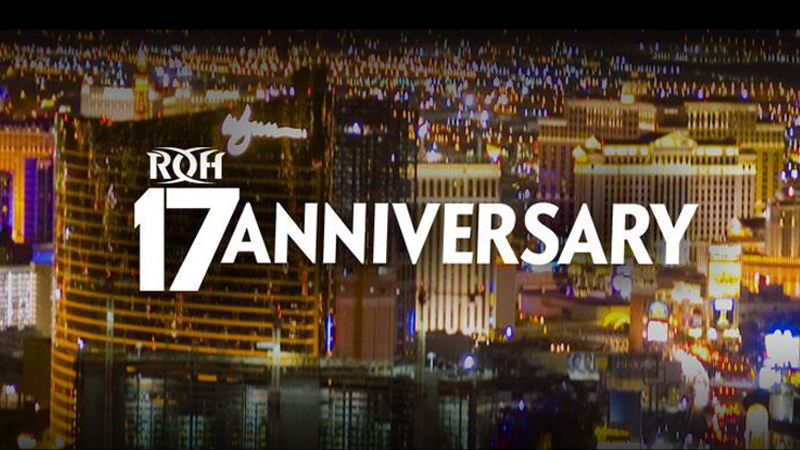 Kenny King is the king of the opener it seems for ROH. This match was okay, but not the hot start that I expected. I wouldn’t say it was either guy’s best performance. Also, it might’ve been just my expectation considering Scurll is in the title match at MSG.

They had a decent back and forth. Near the end, King had a chair but the referee took it away from him. Scurll grabbed the umbrella and popped King with it to pin him and win the match.

This was a really good way to display all of Jeff’s power moves considering Taylor is a super heavyweight. Cobb also got to display some hops with a leap frog and a drop kick. Taylor was sitting on the top rope and Cobb also threw another drop kick. Then he did a near press slam on him to toss him off.

Cobb hit a bridging German for a near fall. Taylor hit a Cleveland Destroyer on Cobb for a near fall. Cobb hit a Tour of the Islands and it took a second for him to cover Taylor, but Taylor started to sit up. Cobb hit one right away again and got the pin. Really good match.

The story of the match was that Klein was almost the favorite because she’s so much bigger than Iwatani, even though Iwatani is the champion. The match should’ve been better than what it was because it was a good story, but they couldn’t keep it together.

Iwatani did a German that Klein thought was going to lead to a bridge and pin attempt so she sit in a pinning position even though Iwatani didn’t pin her. Then Klein did a German of her own and dropped Iwatani right on her neck.

Iwatani used an inside cradle to outsmart the bigger and stronger Klein.

They were about to start a tag team match with the Kingdom and Lifeblood, but Matt Taven came out and said he wanted Lethal now. Lethal came out and accepted going on early.

This was a really really long world title match, which, as the fourth match on the card, made it feel even longer. And the match was pretty good, and the crowd got into it at the end, even though they weren’t into it at all for half of it.

Taven worked on Lethal’s left shoulder for most of the match. He was trash talking him all match. Lethal had Taven down and called for the elbow. He went up to the top and balloons were released which distracted him. Then the Kingdom hit the ring. One of them hit Lethal with a bat to the gut, which looked like it was right in front of the ref. Jonathan Gresham came out and was beat up. Lifeblood came out to save him. Taven hit Lethal low and then hit his finisher for a two count. All that for a near fall.

Lethal went for the Randy Savage elbow, but Taven got his feet up, but then Lethal put the Figure Four on. Taven dumped him through a table to the outside. And this match kept going and going.

Lethal hit the Lethal Injection for a near fall. This is like a tale of two or three different matches.

Lethal had Taven on a ladder that was connected to the apron and the barricade. He dove for the Savage elbow again and Taven moved out of the way and Lethal crashed and burned. Taven still couldn’t pin him. He sat him up and soccer kicked him a bunch of times and Lethal kept kicking out.

Lethal hit the Lethal Injection again and Taven kicked out. And then bell sounded. The announcers didn’t even let us know how much time was left.

The two guys who perform the “We’re Going To The Garden” song came out to do their song. It wasn’t good. And Bully came out to kick them out of the ring. He cut a promo about MSG. Then he made an open challenge to anyone in any company for a NY Street Fight at MSG.

They started on the mat with some great wrestling and then went into their lucha work, which was also great.

Rush gave him a deadlift suplex from inside the ring while Bandido was out of the ring. Rush did a flip dive over the top that was beautiful. Rush tried a piledriver from the apron, but Bandido got out of it and hit a hurricanrana from the apron to the floor.

He hit a dropkick into the corner and won the match. Didn’t expect the finish to come there. Kind of ruined what was a really good match. They hadn’t peaked yet.

Dalton Castle was guest announcing and then challenged Rush after the match at MSG. Rush accepted. The crowd didn’t seem to care much.

Brody King & PCO Vs The Briscoes

This match is nuts, as expected. There were broken tables, kendo sticks, and blood and that was just in the first 10 minutes.

PCO and King lifted up the ramp and used chairs to elevate it. PCO ran to attack the Briscoes and they backdropped him onto the side of the apron. Mark did a Blockbuster on Brody King through two tables on the outside. Jay hit the Jay driller for a two.

King had Jay on the apron and tried to do a jumping pile driver through the table but he slipped and they both went down. PCO did a moonsault onto Jay who had a chair draped over him. Then he pinned him.

So it looks like it’s King and PCO against Guerrillas of Destiny at MSG.