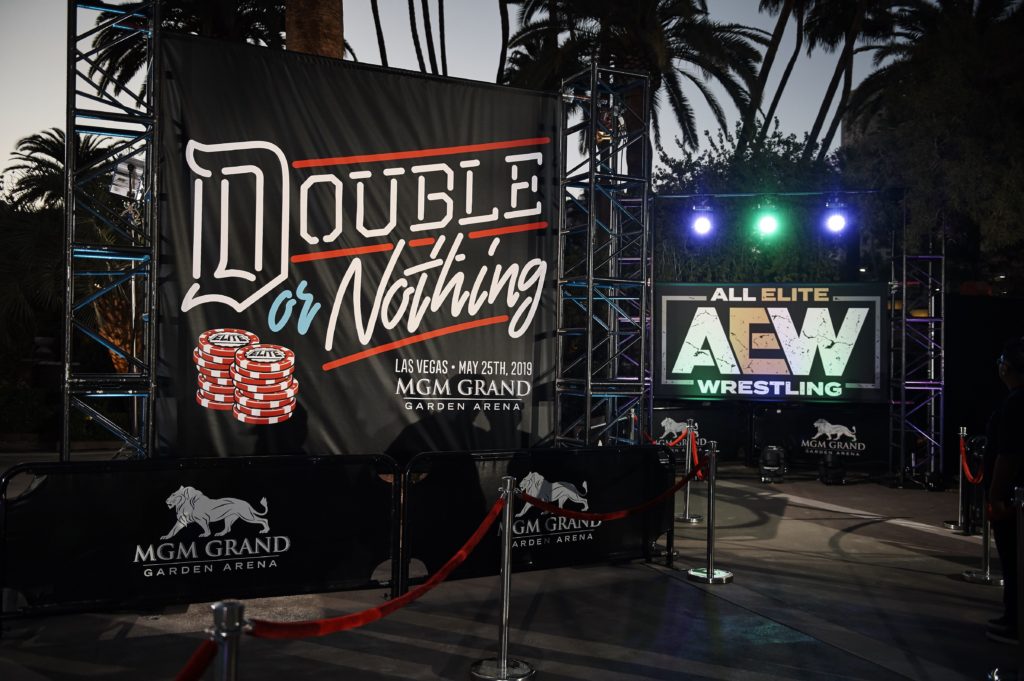 John and GG are back with their second Fight Game Podcast of the week, talking about GG’s trip to Vegas for the AEW Ticket Announcement party.

It’s the second show of the week and a special weekend edition. The fellas start off the show talking about the UFC 234 results and Kelvin Gastelum’s pro wrestling style angle to keep his name out there.

They then talk about GG’s trip to Las Vegas for 17 hours with Dave Meltzer to AEW’s Double Or Nothing Ticket Announcement Party. GG talks about the insides of the press conference and how it looked live.

They then talked about the two interviews that GG did with Meltzer with Kenny Omega and Tony Khan. If you want to listen to those, you can go to f4wonline.com subscribe.

Lastly, they cover two matches to end the show, talk about Matt Riddle as a WWE guy, the International Superstar Shakeup, and then GG ends with a story about his kid that made him proud to be a dad.