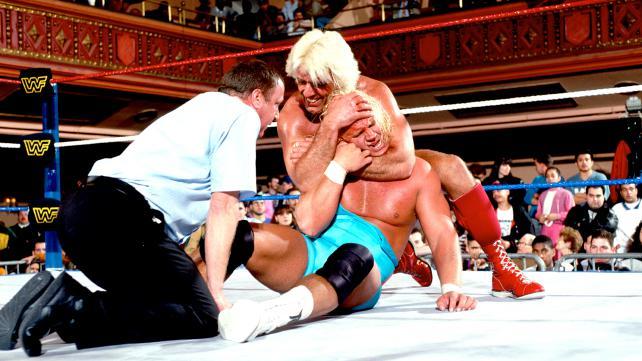 On the latest Fight Game Pod, John and GG review Monday Night Raw Episode 3 and set you up for this weekend with their Royal Rumble preview.

The guys open up the show with an announcement on when we can expect the last two episodes of the Fabulous Four.

They start by talking about the experience of watching last weekend’s UFC on ESPN+ show and going to the movie theater to watch the Pacquiao vs Broner fight.

John profiles Alexander Hammerstone, who he has booked before, and who has signed with Court Bauer’s MLW.

They look back at their favorite Royal Rumbles. They then preview the Royal Rumble and talk about the matches at NXT TakeOver: Phoenix.

Lastly, they look back at Royal Rumble 1993 and go over a historical third episode of Monday Night Raw before John gives us his “What John’s Watching” match of the week.