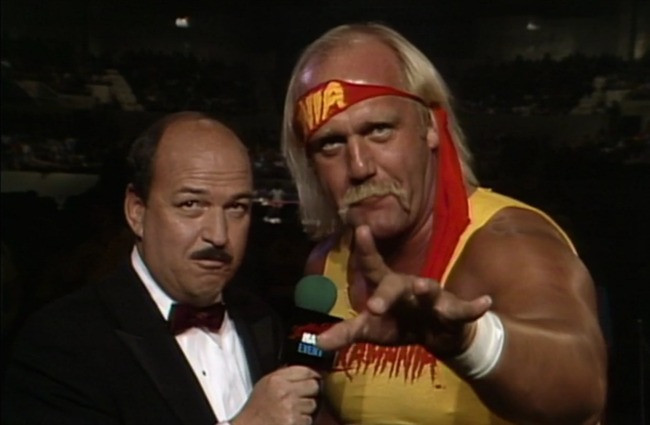 On the latest Fight Game Pod, the fellas talk about the death of Mean Gene, the podcast heading into 2019, AEW, and Wrestle Kingdom 13.

The guys open up the show talking about the life and death of Mean Gene Okerlund.

GG gives the State of the Podcast Address and the guys talk about a few changes to the podcast in 2019, including reviewing the very first year of Monday Night Raw starting next week.

They take a look back at a memorable match from their childhood, the Ultimate Warrior vs Sergeant Slaughter from Royal Rumble 1991. They talk about Warrior’s title run, Hogan leaving, coming back, overshadowing Warrior and then the lead in to WrestleMania VII.

They talk about the 2018 Awards for pro wrestling, MMA, and boxing.

Finally, they discuss the new All Elite Wrestling (and fantasy book the first week of TV) and their excitement for Wrestle Kingdom 13 later this week.