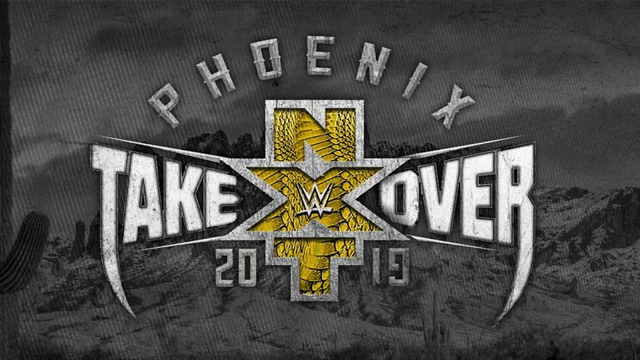 Check out our NXT TakeOver: Phoenix play by play.

NXT TakeOver: Phoenix has a stacked lineup. What a way to kickoff Royal Rumble weekend.

It’s Roddy Strong and Kyle O’Reilly. Bobby Fish came out with them, but not Adam Cole.

This match is already hot. Rowe came in to do his power stuff, but O’Reilly finally knocked him off his feet outside the ring as he caught Strong’s legs as he was trying to drop kick him through the bottom rope. Hanson did a dive out and no one was home. That looked like it sucked.

So much back and forth that I nearly forgot to type. That’s how good this match is. Roddy hit a superplex on Hanson and then O’Reilly followed up with a great knee off the top rope. Hanson kicked out. Strong his an Olympic slam on Hanson and he kicked out again.

Rowe finally tagged in and he had both guys up in a powerbomb, powerslam combo move that was sweet. They hit the leg drop off the top rope finisher on O’Reilly for the win.

Riddle started off hot and was a step ahead of Ohno. He did a Jeff Cobb style deadlift gut-wrench suplex. Ohno got the heat and kicked Riddle right in the mouth and started bleeding. Riddle got his comeback and then Ohno stepped on his bare foot.

Riddle then gave him a German suplex which was impressive. Ohno went back to Riddle’s feet, biting Riddle’s toes. Finish was Ohno tapping out to elbow strikes from Riddle. Good finish. Match followed up the hot opener with a different match, which worked.

The match started out slower than you’d think considering the expectation. But it also meant that they were probably going to have a long match.

When it got going, it got going. Tons of crazy stuff in the match. Ricochet did an insane dive over the top. He hit his Fosbury Flop dive out over the top. Gargano’s facials were great. Gargano did a dive out and Ricochet caught him on his shoulders and Gargano gave him a reverse hurracanrana to the floor.

Gargano did the slingshot DDT into the ring for a nearfall. He teased DDTing him on the floor to the outside after he pulled the mats away, but decided against it. Back in the ring, Ricochet missed a top rope flip, but landed on his feet. He then transitioned Gargano into Gargano’s submission finisher. He gave Ricochet a suplex to the floor where he pulled away the mat originally. Ricochet was out of it. Then Gargano hit his slingshot DDT again to win the match.

Shayna dominated the match early on, working on Bianca’s left elbow. Shayna was in control until Belair’s comeback. She hit her hair whip on Shayna, which cut her open on the side of her stomach. The match got a bit silly from here. There was a ref bump and then Belair hit her finish and was so upset that the referee was knocked out even though she’s the one who was rammed into her.

Then Marina and Jessamyn tried interfering, but they were the worst interferers ever. Shayna sunk in a choke and Bianca fought it for a long time. Then she fought it more. And then more before the referee stopped it.

This is a deliberate match with Ciampa working on Black’s left knee. This went on for a long time. So much so that the crowd was pretty much silent for it until Black kicked Ciampa off the top rope. The crowd didn’t totally get into it like I thought they would. I think Black is a bit cold as a character.

Black had a German suplex and could only use one leg to hold the pressure. Every time it looked like Black was going to make his comeback, his leg would fail him and Ciampa would be right on him.

Ciampa hit his Fairytale Ending finisher four times on Black to finally win the match. Every time Black fought back and kicked out the crowd just sat on their hands. Good match and it was laid out very well, but the crowd didn’t react.