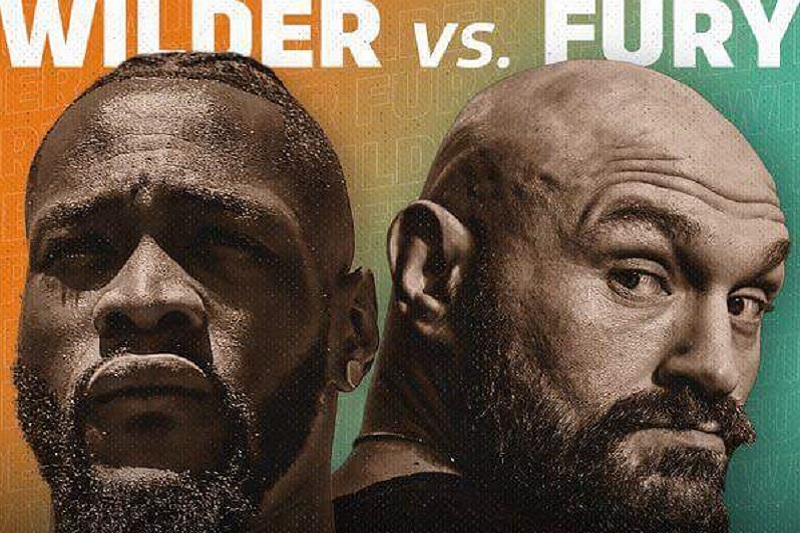 Check out our Wilder vs Fury preview.


From a casual sports fan perspective, this fight isn’t all that big of a deal. It’s not going to lead SportsCenter. But to hardcore boxing fans, this fight feels pretty big. I say feels because I’m not entirely sure what it’ll do at the movie theaters or on PPV. I know amongst my friends who are boxing fans, they’re very much looking forward to it.

Heavyweights are back. At least we think so.

For fans expecting a wild(er) action fight, it could happen, but if it does, that means Tyson Fury’s game plan went out the window and Deontay Wilder’s dreams came true. It could be an ugly fight, especially early on.

Of course, this is table dressing for what fans expect to be a bigger encounter in the future. Anthony Joshua is who many consider the top heavyweight out there. Deontay Wilder is the top US heavyweight and a match with Joshua should be a huge fight. Tyson Fury would love to throw a wrench into those plans and because of his style, he very might well be able to do so. This is the same man who out-Klitschko’d Wladimir Klitschko.

I’ve received predictions from four great men and will add them below.

Tyson Fury at his best would give Deontay Wilder all sorts of trouble. It’s just a question of whether or not he’s ready to be thrown back in at this sort of level yet. My gut tells me he’s not because how could he be? Wilder and his team don’t think he’s ready either and that’s why they’ve rushed out to make this fight. They’re looking at it as a low risk alternative to facing Joshua and it could still backfire on them. I don’t expect it to though. My guess is Fury isn’t able to get out of the blocks and it’s a wipe out. I hope I’m wrong because if that’s how it goes down, people are going to feel like they’ve been sold a dud.

This fight can go two ways; Fury boxing safely and using his height and awkward stance to win a boring, putrid decision or Fury taking chances by attempting to slug with Wilder and walking into Wilder’s hammer of a right cross. Both heavyweights are unconventional fighters. Wilder fights with his hands down looking to land his lethal right cross. Fury lulls you to sleep as the ugliest fighting style in the heavyweights since the days of John Ruiz. I see Fury winning the bulk of the first half of the fight by fighting his usual style. Then, between rounds seven and ten, I see Fury walking into a Wilder right hand to set up 2019’s dream fight – WILDER-JOSHUA.

In many ways, Tyson Fury battling back from a severe bipolar episode is a bigger accomplishment than anything he could do in the ring on Saturday night. Fury, the former unified and current lineal heavyweight champion, looks to be in very good physical and mental condition after a long road back but doubts still remain after a pair of underwhelming decisions against softer opponents. WBC heavyweight champion Deontay Wilder is coming off a statement TKO win over previously undefeated heavy-hitter Luis Ortiz. A victory over Fury cements Wilder as number 1A alongside current unified champion Anthony Joshua and will hopefully force the heavyweight showdown that boxing fans across globe have been clamoring for.

In my eyes, this fight is pretty cut and dry. Wilder will be content to give away the first few rounds while Fury will be unable to capitalize in any meaningful way. Once the champion is dialed in and begins to connect, Fury will fade fast. A very boring fight which ends in spectacular fashion.

This weekend, it’s one of the biggest heavyweight fights in the decade of the 2000s when two undefeated champs meet up for the 1st time. Wilder has a very unorthodox fighting style that seems to frustrate his opponents and has a right hand from hell. Wilder has only had to go the distance once in all his 40 fights, while winning every other fight by KO or TKO. Wilder is easily the more physically talented of the 2 fighters.

This will easily be Fury’s biggest challenge since fighting Wladimir Klitschko back in 2015. Fury has had what pretty much amounts to two glorified sparring matches before this weekend’s showdown. Out of the two fighters Fury has seen the stiffer competition in his career, and has had the more traditional boxing upbringing and style that could give him the edge if the fight makes it to the later rounds.

On paper, all things are pointing to Wilder winning. He’s got the all the tools. But, Wilder won’t be able to use his usual size advantage on Fury since Fury will be the taller fighter. Fury also has the ability to slow the fight way down and frustrate Wilder, just how he did with Klitschko. If somehow Fury can take Wilder into the later rounds and avoid one of those bomb squad shots from the Bronze Bomber, he can win the decision and thus shocking the world, setting up the biggest heavyweight fight in British history against Joshua.

Fury has done very well in the pre-fight hype. He’s done an excellent job getting interest for the fight by telling his story, especially on the great All Access episodes. He also had Wilder very angry at the press conference the other day. That’s all great in selling the fight. But he still has to get inside the ring. I think Fury frustrates Wilder early on, wins the early rounds, and then Wilder’s supreme athleticism takes over. Wilder has to be patient and not get too frustrated though. I think Fury fades late and Wilder puts it on him, winning by ref stoppage.