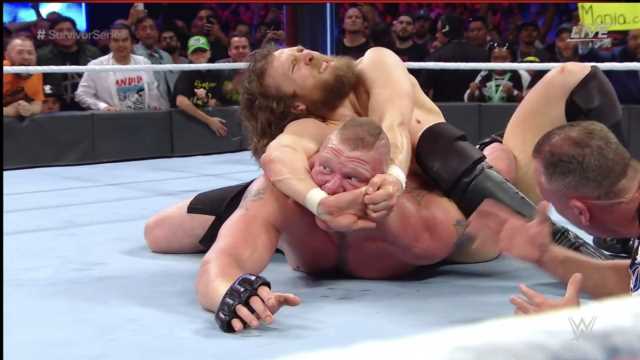 On the latest Fight Game Pod, the fellas talk all the news, give their Survivor Series review, and talk old Thanksgiving wrestling.

On the latest edition of the Fight Game Podcast, the fellas start talking about the Survivor Series and which matches they liked best. They also talked about the angles not really making sense, which led to an entire discussion about WWE’s relationship with their younger audience and also the casual audience.

John talks about TakeOver (since GG hasn’t seen it yet) and that segues into them both seeing NXT live in San Jose last week.

They then talk about a historical Thanksgiving match from 30 years ago. It was smack dab during the Mega-Powers angle when a team headed by Randy Savage and Hulk Hogan faced a team headed by Akeem and the Big Bossman. This also leads into a short discussion about who was prettier in 1988 between Missy Hyatt and Miss Elizabeth.

GG gives a spoiler-free review of Creed 2 and John discusses what he’s been watching. Lastly, they talk about their Thanksgiving plans.