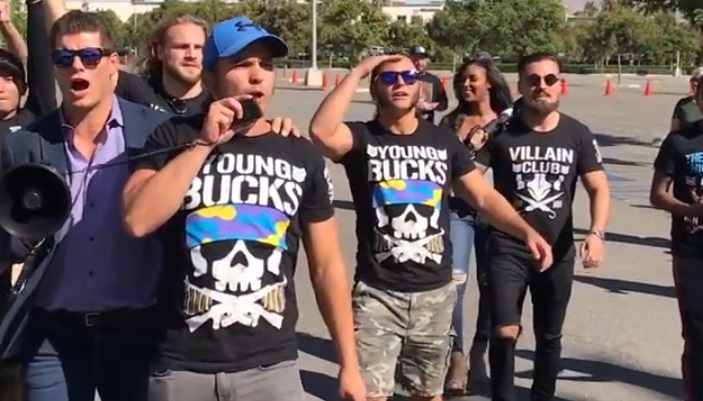 The Fight Game Podcast is back to talk about WWE Super Show-Down, UFC 229, possible NJPW management and talent friction, and the Mae Young Classic!

GG talks about the show he did with Dave Meltzer about Ted Turner’s history in pro wrestling. It’s for Wrestling Observer/F4WOnline subscribers only, but if you do have a sub and want to listen, you can do so.

The guys talk about the craziness from UFC 229 and some of the head-scratching booking decisions they’ve had of late.

They talk about the Kings of Pro Wrestling NJPW card and also the issues with the new management that’s been reported in the Observer.

They go over WWE’s Super Show-Down in Australia as well as the latest story of the terrible happenings relating to Saudi Arabia, where they are holding their next big show.

We then talk about the elite eight at the Mae Young Classic.