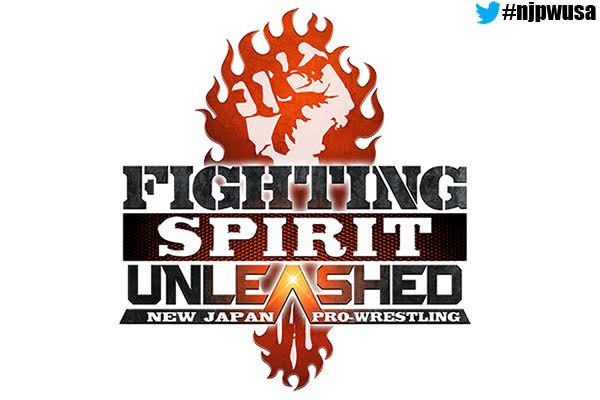 Check out our Fighting Spirit Unleashed play by play with the Golden Lovers facing off against Kazuchika Okada and Tomohiro Ishii in the main event.

We’re getting right to it.

This was a fun match and really, the perfect opener. Both teams looked great, but it was set up so that Taguchi’s team got the win. He pinned Rocky with his dondon finisher.

I think JR got Sho and Yoh mixed up early on, but Kevin Kelly is there to help him with that stuff.

This was another really good match. Daniels’ leg is taped up and Kazarian’s head had a bandage on the back. JR was shouting out Ricky Morton who trained Chase Owens and saying that because he learned from one of the best tag team wrestlers, that he should be an excellent tag team wrestler.

Heat was on Kazarian before he made the hot tag. Daniels was awesome here. Page hit the Buckshot Clothesline. And then he went for the Shooting Star to the outside on Kazarian, but Kazarian got his knees up. Daniels went for the Best Moonsault Ever, but it was cut off.

Daniels and Kazarian then hit the Best Meltzer Ever, which Kelly called. JR went silent, but then said the name of the move as if pro wrestling passed him by.

This match was the Jeff Cobb showcase. Cobb came out wearing his TV title. It’s odd because they haven’t shown him winning it yet on ROH TV.

Chris Sabin’s chest was all bruised up. It may have even started bleeding. Flip Gordon was tremendous with a running springboard flip dive to the outside off one foot. Goto and Cobb had their moment with each trying to knock each other off their feet.

The Best Friends were 2 on 1 against Cobb and it took both of them to suplex him. Cobb then gave both a suplex at the same time. Eventually, it was Cobb against Chuckie T. and he hit him with the Tour of Islands for the win.

They teased Goto vs Cobb after the match. That’s going to be damn good when they do it again.

Much of the focus on this match was between Sabre Jr. and Evil. Naito and Sanada took out Davey Boy and Archer which allowed Sabre and Evil to go at it.

Evil hit the Darkness Falls but Sabre kicked out of it. Sabre counted Evil and pinned him with a bridge. Evil looked really bothered that he lost the match.

Jay White and Gedo Vs Hiroshi Tanahashi and Kushida

I was a bit surprised with the result here. I thought Gedo was in the match to lose, but instead, he hit Tanahashi with some brass knuckles and Jay White hit the Blade Runner for the pin.

Kushida was only in there for a bit and didn’t get to showcase a lot.

Marty Scurll Vs Will Ospreay

The match started hot and Ospreay got three two counts before Scurll even caught his breath. The first move of the match was a Spanish Fly.

They were teasing crazy stuff on the side of the apron. Scurll flipped Ospreay back into the ring. Ospreay kicked him in the gut which put him down on a knee. Ospreay then dove over the top rope to give him a sunset flip to the floor. Scurll landed on Ospreay’s legs mostly.

There was a fantastic sequence in which Ospreay went into the air and Scurll turned it into a chicken wing. Scurll also gave him a tiger suplex from the top rope.

Scurll then hit a version of a package piledriver that was like a side slam and the hit the graduation to win the match. This was tremendous.

Scurll will now face Kushida at the King of Pro Wrestling for the IWGP Jr. Heavyweight title.

Guerillas of Destiny Vs The Young Bucks

Matt’s back went out early on when he and Nick were attempting synchronous kip ups. He was also tossed off the top rope and through a table.

That meant that Nick was working 1 on 2 versus the Tongans. Nick took out both Tonga and Loa and went to his corner for the tag, but Matt wasn’t in the corner yet. Tonga then splashed Nick in the corner and they took over again.

Matt finally tagged in and tried to put Tonga in the Sharpshooter. It hurt his back to do so and then he got double teamed again. Loa slammed him onto Tonga who was lying on his back with his knees up.

Nick helped Matt get Loa into the tombstone position but as Nick hit the springboard, Tonga hit the Gun Stun. They went for their finisher, but Matt got out of it to hit Superkicks. Then he ate another Gun Stun and was pinned.

This was good. Early on, Brandi interfered as Cody’s a heel in Japan, even though at All In he was a babyface.

There was a great spot where they were both doing Dusty jabs. Juice got the best of it to set up his big left hand, but Cody poked him in the eyes.

Late in the match, Juice had him on the top rope and he hit an awesome superplex from the top. Cody brought his legs up and hooked Juice’s legs to pin him.

Cody is the new IWGP US champ.

Kazuchika Okada and Tomohiro Ishii Vs The Golden Lovers

The entire match was built to Omega and Okada touching. They didn’t touch for about the first 10 minutes of the match. When they finally did, they went toe-to-toe and right before the touched, it was the biggest pop of the night.

Ishii and Ibushi had a slap fest that showed tremendous hand speed by both guys. Ibushi and Omega had Ishii in the ring and they hit the V-trigger/kick combo on Ishii. Okada tried to come back into the ring to break it up, but Omega kicked him flat in the chest and Okada fell backward into the guard rail.

Then Omega and Ibushi hit the Golden Trigger on Ishii for the win. This was one of my favorite matches of the year.