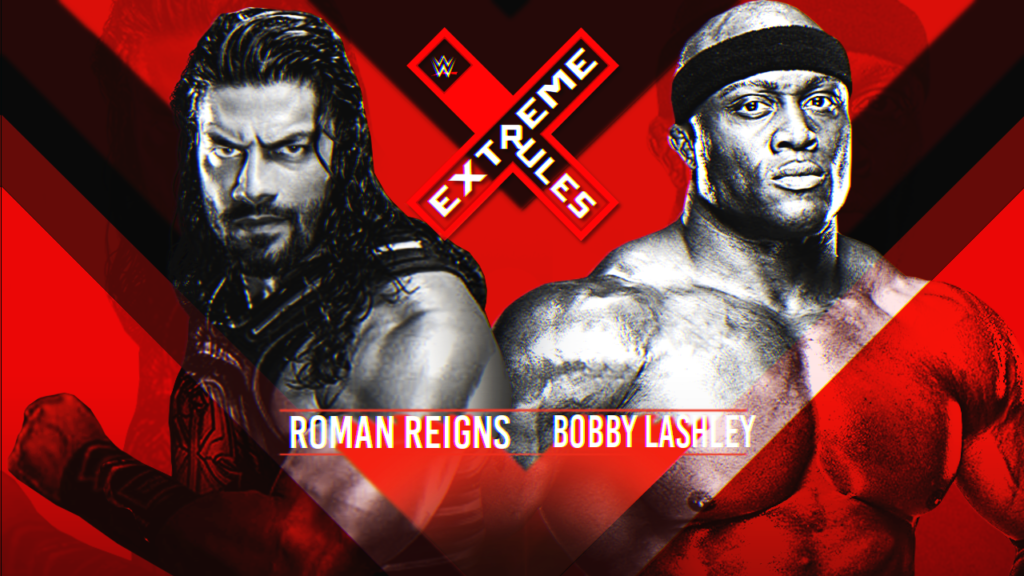 Check out our Extreme Rules live coverage. The show is 12 matches long. We’ll be here for awhile.


Last night, on Wrestling Observer Radio, Dave Meltzer and I did a preview of Extreme Rules.

The basic gist was that the show is very bloated and we’re probably going to be watching for awhile. But, it should have some pretty good matches and others that might not be all that good.

WWE excited many fans earlier today with this announcement.

BREAKING: After a three-year suspension, @HulkHogan has been reinstated into the @WWE Hall of Fame. https://t.co/SxwUms9Yet

Will Hogan show up on the show tonight? According to his Facebook page, he’s already met with wrestlers backstage.

It should be an interesting night. We’ll be back with live coverage.

On the pre-show, Andrade Cien Almas beat Sin Cara and Sanity beat the New Day in the tables match. Neither match was much and both were fairly short.

Bo Dallas hit the draping neck breaker on Matt Hardy to win the match and the B-Team are the champs. Dallas pushed Hardy in the back, who bumped Wyatt out to the floor before being pinned.

The match was pretty nothing for your normal hot opener. The B-Team is fun, but them holding the titles makes them middle card belts even more.

Kurt Angle issued Brock Lesnar an ultimatum. Either Brock agrees to terms to defend his title, or he has to show up on Raw Monday, or he’ll be stripped of his Universal title.

Corbin took just about the entire match. While Corbin was trying to project a mean streak, Coachman said that this may be the best Baron Corbin that we’ve ever seen. And then he said that it was a great performance and then doubled down and said, yes, performance. So the mean streak is just an act and he’s looking to get points?

Corbin went for the End of Days and Balor small packaged him for the win.

The Bludgeon Bros jumped Kane and Daniel Bryan in the back. They took their mallet hammer and hit a door in which Kane’s ankle was behind.

James Ellsworth is in a shark cage. He dropped a chain out early on, but Asuka caught it. At some point, Ellsworth got himself out of the cage but as he scaled down, his foot got caught and he was hanging upside down.

Asuka started kicking him like crazy. Some security folks were trying to get Ellsworth down, but Asuka beat up two of them and the other one ran out scared. She started kicking him right in the ass. Carmella then snuck up behind her and rammed her head into the shark cage and pinned her.

Nakamura gave Hardy a low blow before the match started. The referee asked Hardy if he was okay and Hardy screamed at him to ring the bell. Right as the bell rang, Nakamura hit the Kinshasa and pinned Hardy.

Randy Orton came out. But he didn’t challenge Nakamura. He just came in to stomp Jeff right in the balls.

Since this is a cage match, Owens is trying to hit and run, but keeps getting beat up. Braun told him that if he’s Fight Owens Fight, come fight him. Owens tried to fight him, but Strowman was bouncing him around.

Owens got a pair of handcuffs and cuffed Strowman to the top ring rope. Rather than just walk out, he decided to punch him until Strowman gave him a chokeslam. Finally, he realized that he could just walk out and gave Strowman the suck it sign. As he was climbing out, Strowman broke the handcuffs and caught up to Owens. They were both on top of the cage and Strowman decided to throw him to the floor. At least there was a table to break his fall. What a dick Strowman is. Owens wins the match based on escape the cage rules.

Team Hell No Vs The Bludgeon Brothers

Bryan came out by himself since Kane was left worse for wear earlier in the show. Kane made it down to ringside in a walking boot. Bryan made a hot tag and Kane couldn’t do much other than give two of the worst chokeslams ever as he was pretending to have a broken ankle. He tried a tombstone, but couldn’t get it. Bryan tagged back in and did his Yes kicks. But then he got double teamed and the Bros hit the Doomsday Device on them for the win.

Reigns took most of the match early on. Lashley looked so silly in a fight with that headband. Reigns was doing some heelish stuff like breaking the count outside the ring so they could fight more out there.

He also tossed Lashley over the top rope and Lashley landed hard on his shoulder.

Reigns went for a spear, but as he hit the ropes, Lashley hit a spear of his own and then pinned Reigns.

Ronda Rousey and her husband, Travis Browne are ringside.

The entire match was a setup for Rousey to jump the barricade and come into the match. Natalya came in with Jax as her second since Mickie James was going to be with Bliss. Natalya was getting double teamed outside and Ronda finally jumped it and started whipping ass. She nearly ripped James’ blouse off while tossing her into the barricade. She then chased Bliss but when she caught her, James hit her with the kendo stick.

Back inside the ring, Jax had the upper hand, but then James came in with a chair and they double teamed her. Bliss then hit a DDT on Jax on top of the chair and it was over.

Styles worked on Rusev’s leg early, maybe to set up the Calf Crusher later in the match. Aiden English undid the turnbuckle, but it was Rusev who rammed his head into the corner. At one point, Rusev set up the Accolade, but his leg gave out on him. Styles hit a 450 for a near fall. He was a little short on it as Rusev was near the middle of the ring, so it wasn’t as crisp as usual. He then pinned him with the Phenomenal Forearm.

One of the stories of this match was the crowd being bored and counting down on the live clock like it was the Royal Rumble. The other story was the weird psychology with Rollins going up early and then being down just as quickly.

Rollins won the first fall in under 5 minutes. He hit Ziggler with a buckle bomb and then followed up with a La Magistral Cradle for the first pin.

In just over three minutes, Seth pinned him again with the Curb Stomp. For some reason, Drew McIntyre jumped Rollins and was disqualified. Ziggler is now up 3-0. McIntyre was sent to the back.

McIntyre then continued to beat up Rollins, including giving him the Claymore kick. He didn’t get disqualified again. Ziggler pinned Rollins and it’s now 3-1.

Ziggler hit Rollins with a superkick to take his second fall and now it’s 3-2.

Rollins was about to dive out and Ziggler hit him with a palm strike and then put his feet on the ropes for the pin. It’s now 4-3 Ziggler.

Rollins got the 4th fall with a slingshot sunset flip. He’s up 4-4.

With 10 seconds left, Ziggler was going for the superkick. Instead, Rollins hit a kick to the midsection and then the Curb Stomp, but didn’t cover him in time. It ends as a draw.

Not so fast. Kurt Angle came out and said the WWE Universe wanted to see a definitive finish. So he restarted the match and said it was sudden death time.

McIntyre was back and Seth gave him a running knee. Ziggler hit the Zig Zag and pinned Rollins.