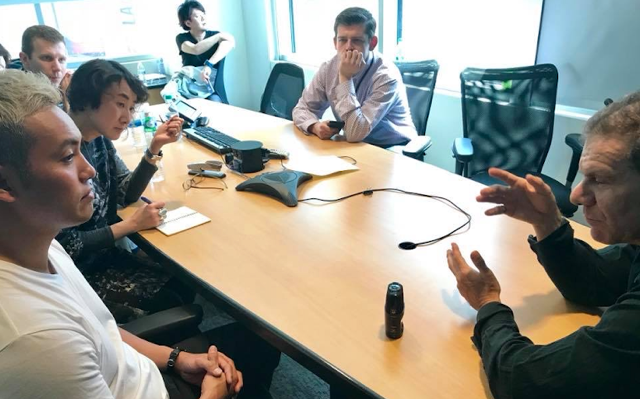 GG sat down with Dave Meltzer from the Wrestling Observer to talk about a whole lot of wrestling stuff.

GG is joined by his special guest, Dave Meltzer from the Wrestling Observer.

They talk about last weekend’s Long Beach trip which started in the AXS studios interviewing Kazuchika Okada, went through downtown LA for the PWG show, took a left at the New Japan Dojo in Carson, and then ended in Long Beach for New Japan’s Strong Style Evolved show.

They go over all of those things including Dave’s thoughts on Okada in person, PWG pulling out of Reseda, the most spectacular match of the weekend, the difference between the PWG show and the New Japan show, media and journalists in pro wrestling and MMA, Dave and Bryan Alvarez finally covering a show sitting next to each other, rating a match and how TV and the in-person experience can be different, the difference between wrestling shows in Japan and Japanese wrestling shows in the US, and Cody Rhodes as a main eventer.

They then talk about WrestleMania weekend in New Orleans including his thoughts on his live Q&A podcast with Bryan on Friday morning, and what match he’s looking most forward to that he’s seeing live.

On the last part of the podcast, GG asks Dave about Twitter and Dave’s role as a wrestling historian, what he would tell someone who wants to join his business, and what he’d watch if he simply had more hours in the day.