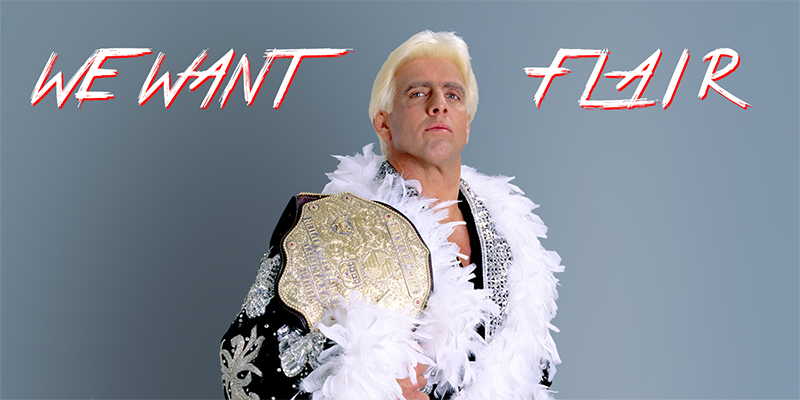 The first episode of We Want Flair is up. It’s Ric Flair vs Brian Pillman from WCW Saturday Night in February of 1990.

This is the first episode of the We Want Flair Podcast hosted by GG and John Larocca, which has been a long time coming. The podcast originally began as an episodic journey through Ric Flair’s exit from WCW, but instead, was changed to a deep dive into some of Ric Flair’s greatest angles and matches.

This episode looks at Ric Flair’s match against Brian Pillman from February 17, 1990 on WCW Saturday Night. Sting was injured and unable to face Ric Flair, who just turned heel, at WrestleWar 1991. Lex Luger was hot as a heel, but had to turn babyface to take Sting’s place. But before that PPV, Flair faced Pillman in a hot match that did an all-time number of viewers for the WCW Saturday Night.

We look at Pillman’s early career and him and Flair becoming friends at WCW. We look at the landscape of early 1990 WCW and what was going on politically and then examine the aftermath of the match. We then tease what match will be the subject of the second episode.

Check out John on Twitter.
You can also check out the Flair/Pillman interview and WCW Saturday Night match.