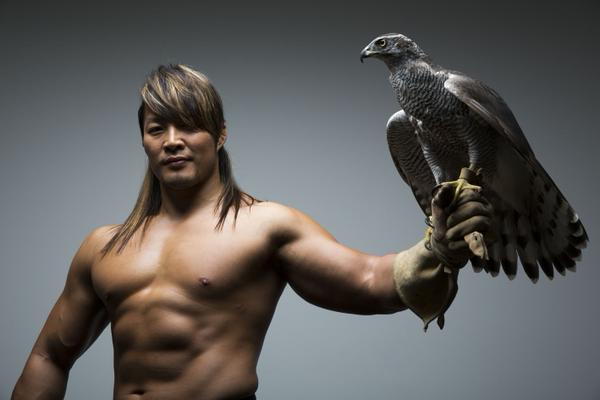 John LaRocca is back with his top 5 matches of 2017 – fourth quarter.

Welcome to the fourth edition of my top 5 matches of 2017. This list is my favorite matches that took place from October through December of this year. What makes pro wrestling so great is that there is a style of wrestling for everyone to enjoy. Wrestling fans are so passionate about this issue, and I always love hearing from fans on why they liked or disliked a match. Drop me a comment if you have your own list.

If you haven’t checked out my top matches for Q1, Q2 and Q3, check those out as well.

This was the semifinal of the Real World Tag Tournament. R.W.T.T. used to be a tournament that was one of the most prestigious in pro wrestling, but it had fallen on hard times as AJPW fell in popularity. AJPW has turned things around over the last couple years and this tournament felt important again.

A lot of fans were upset about Yoshitatsu teaming with Kento Miyahara, but after this match was over, nobody should complain again. Yoshitatsu really put on a great performance and stepped up his game big time. It was his performance that really made this match stood out. I love seeing talent rise to the occasion. Suwama and Shuji Ishikawa make an awesome team. They remind of the ass kicking teams of AJPW of the past. Their chemistry together as rivals is great and equally as great here as a tag team.

This match was so good that when watching it, I thought it was actually the finals. It was paced and wrestled like it was the finals. The crowd was super hot for the entire match, and this truly was one of the best tag team matches of the year.

It has been a joy seeing Wrestle-1’s homegrown roster of great young athletes in their twenties grow into very good workers. Shotaro Ashino has made himself into one of the very best World Champions in pro wrestling today. He carries himself and works as a World Champion should. Everything clicked in September for him in his classic title defense against Jiro “Ikemen” Kuroshio in September of this year.

Kumagaro is a stocky, smiling, fun loving babyface. He is comedy. He’s not over-the-top like Jiro Kuroshio, but at times he’s been the butt of jokes from veteran wrestlers on the roster. His trademark move is the senton, with the one off-the-top-rope being his finisher. Kumagaro is a super athlete. He is fast for his size and can take to the air. You wouldn’t think a guy his size could pull off a lighting quick Frankensteiner, but he sure can. It’s freaking awesome. What makes that move that much more awesome, is he rarely does it. For his World title challenge, he had to pull out all the stops.

I felt Wrestle-1 poorly executed their angle leading to their title match, but in the end, the story they told in the ring worked. Kumagaro left all his fun loving antics in the locker room. He was serious and driven to take the gold home. Ashino bumped his ass off, making you believe his championship run was coming to an end. I was so invested in this match that I going crazy for every near fall. It was a total rollercoaster ride and one of my favorites of 2017.

The coronation of Kenoh as the King of Noah has been demanded by the hardcore fans during this entire year. The reign of Katsuhiko Nakajima was wrongly considered a failure by those same hardcore fans. In Nakajima’s defense, he took over after New Japan ran off a lot of the NOAH fan base with the Suzuki-gun angle that was like the NWO angle in that it took too long for the babyface company to get their revenge. With Nakajima as champion, they went back to the hard-hitting style wrestling that NOAH is known for. But still, the bad taste left in the mouths of NOAH fans from 2016 carried over to this year. NOAH is banking on a Kenoh versus Nakajima rivalry to bring in the crowds in 2018. I believe they will deliver.

Eddie Edwards was the transitional champion between Nakajima to Kenoh. I am not downplaying Edwards’ run as champion by saying he was a transitional champ, but it’s the truth. He was actually a very good champion and someone I hope sticks around in NOAH. The hardcore fans were upset that it wasn’t Kenoh who unseated Nakajima, but NOAH made the right call as the money is in the chase.

For those fans who stopped watching pro wrestling and wished for the days of old, my suggestion is to watch Hiroshi Tanahashi. Like Jack Brisco, Dory Funk Jr, Harley Race and Ric Flair, he is an all-time great. Between his looks, charisma, exciting offense and selling, Tanahashi is truly the total package.

Kota Ibushi had defeated Hiroshi Tanahashi in the G1 tournament and thus had earned an NJPW Intercontinental title match. The story here was simple. How would Tanahashi stop his explosive and younger challenger? Take out his wheels. Ibushi’s selling of his knee was damn near perfect. It had a lasting effect throughout the match and finish.

While everyone talks about Kazuchika Okada and Kenny Omega as the greatest rivalry in pro wrestling today, Suwama versus Kento Miyahara might be a very close second. When Suwama and Miyahara are across from the ring from each other, you know something is about to go down.

2017 has been the greatest year when it comes to great matches. Before, you would have a few great matches a year. In 2017, we saw many great matches every month. Suwama versus Kento Miyahara on any other year would have been a Match Of The Year winner. This match had all the drama of a classic World Championship match. The action went back and forth, and I really appreciated how they took things from their previous matches and changed them up here. Miyahara’s selling is off the charts. He makes you suspend disbelief quickly, as if you are watching a real fight. Suwama doesn’t get much praise, but he should. He is not flashy. He is a old school, tough as nails, and i a punch/kick/suplex you from anywhere and powerbomb you straight through the mat type of wrestler.

I will be following this article up with an my overall Top 5 matches of 2017 and spoiler alert, this match is on that list.