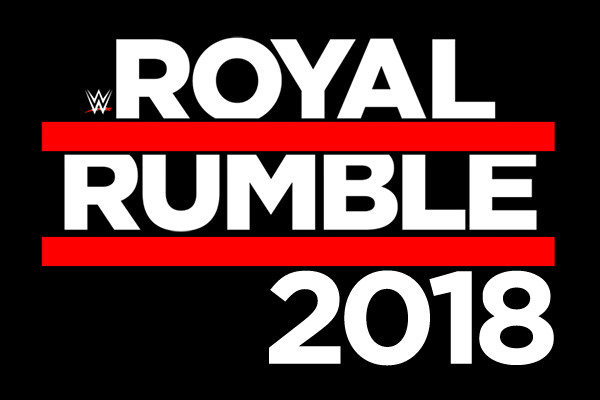 
Sounds like the undercard of the show was pretty bad. I wasn’t able to watch, but here are the results.

The Revival beat Luke Gallows and Karl Anderson when Dash pinned Anderson after a chop block.

The “surprise” for Bobby Roode wasn’t really a surprise. It was Mojo Rawley, who simply was pinned after a DDT. It would’ve been a surprise if Gronk showed up in Philly a week before the Super Bowl.

Sami Zayn and AJ worked most of the match, which was pretty good, especially to start the show. Owens looks like he’s hurting.

At the finish, AJ threw Zayn over the top rope so that it was him and Owens one on one. Owens hit the superkick on AJ and then went for the Popup Powerbomb, but AJ turned it into a front rolling cradle for the pin.

Winner: AJ Styles
After the match, Owens was complaining to Shane McMahon and all Shane said was, “Yep.”

Shelton Benjamin and Chad Gable Vs The Usos

Jey pinned Gable in the first fall after some superkicks. Jimmy then pinned Shelty B. with an inside cradle. This was a Smackdown level tag match. The work was good, but nothing really happened.

With the men’s Rumble starting first, I guess the women’s Rumble is going to have something big in order to be in the main event slot.

Rhyno was the first person eliminated by Finn Balor and then Baron Corbin, also by Balor. Corbin then beat up everyone before leaving, including Heath Slater who didn’t even get to come into the ring before getting taken out. Elias sang for his entire two minute time frame before Andrade Cien Almas came in. Everyone, but Slater made it back into the ring. Slater keeps getting beat up by the next person who comes in. Of course, Dillinger is number 10. But as his music was playing, Owens and Zayn beat him up. Zayn came into the ring instead of Dillinger.

Finally, Sheamus threw Slater in like a nice guy. Then Slater tossed him out like a mean guy. Nakamura came in at 14 and started cleaning house while the crowd continued to hum his theme music. Nakamura dumped out Zayn who wasn’t really in the match anyway. Crews and Cesaro had a nice moment until Cesaro dumped him out. Jinder Mahal eliminated both Woods and Big E. Rollins tossed out Cesaro before their tag title match. Jinder threw Kofi out and he had one foot on Woods to stay in. Big E and then put some pancakes underneath his foot. Woods and Big E tossed him back in and then he eliminated Mahal. Almas tossed out Kofi. Hardy and Wyatt went nose to nose and then started working together. They tossed Rusev. They tumbled over the top rope together.

Everyone decided to jump Cena. Cena tossed Elias quickly. The Hurricane was quickly in and out. Thanks John Cena. With Adam Cole, that’s two NXT guys in this match. Orton RKO’d Almas who dove at him off the top rope. Then he tossed him. Rey Rey came in and was the first real pop of the match. Rey tossed out Cole. Reign got an amazing response. Of course it was all boos. Reigns tossed Titus and then went after Miz, but the Miztourage saved Miz. Rollins and Reigns Shield powerbombed Miz out and onto the Miztourage. Then Reigns tossed out Rollins. Dolph Ziggler came out at 30 and I think the crowd was so apathetic they just didn’t respond. And he was pretty wasteful as he was eliminated quickly. The old guys faced off against the new guys. It was Cena, Orton, and Rey facing off against Roman, Balor, and Nakamura. Reigns hit a superman punch on Orton and tossed him. Mysterio hit the 619 on Cena and Roman and then Balor tossed him out.

Your final four are Finn Balor, Roman Reigns, Shinsuke Nakamura, and John Cena. Cena and Reigns went toe to toe while the crowd chanted at them that they both suck. Then Nakamura and Balor did. Balor did a double foot stomp on Nakamura and then Cena tossed out Balor. Nakamura gave Cena what was similar to a Kinsasha with Cena outside on the apron and Cena went out.

It’s Nakamura against Reigns. Nakamura put a triangle on Reigns over the top rope and then Reigns powerbombed him inside the ring. Nakamura set up the Kinsasha, but ate a spear. Nakamura hit him with a flying knee and then tossed him out.

Sheamus and Cesaro Vs Jason Jordan and Seth Rollins

Jordan was tossed into the post and sold and never made his way into the match. He must still be hurt. Jordan teased tagging in, but then tagged out and left Seth to take a 2-on-1 beating. The Bar are the new tag champs.

This was wild. Strowman shoot-kneed Lesnar in the face and he gave Strowman a receipt with a big right hand. That set the tone for the match immediately, which was basically a free-for-all brawl with tables and steel chairs.

Brock was powerslammed through a table. He then gave Strowman a F-5 through one of the announcer’s tables. He then turned one of the tables on him. Then, he gave Kane a F-5 through one of the other announcer’s tables. He didn’t even remove the monitors. Strowman powerslammed Lesnar and then let him get up. Then did it again and let him get up again. That was dumb. Kane hit Braun with a chair and Strowman fell outside the ring. Lesnar hit the F-5 on Kane to win.

Lita was the first surprise. Lita tosses out Mandy Rose who is the first person eliminated. Sane did two big elbow drops on Sasha and Lynch. Lita hit two Twist of Fates and then nearly hit her head on the moonsault. Lita pulled the rope down for Tamina to go over and then Becky threw her out. Dana Brooke pushed Kairi off the top rope. Torrie Wilson eliminated Dana. Deville kicked Torrie out.

Molly tossed out Sarah Logan. She did her flip onto Sasha. McCool tossed Deville, Morgan, and then Holly. Holly took a nasty bump on her back. And then she tossed out Lana. Vickie came out screaming, “Excuse me!” She nearly lost her voice. All the four remaining women tossed her out. Carmella came out with her briefcase and Vickie hit her with it on the way out. Natalya tossed out McCool after Kelly Kelly did her leg scissors deal on her. Becky was dumped out, lasting 30 minutes.

Nia is about to dump out women. Out goes Jacqueline. Out goes Kelly Kelly. Out goes Ruby Riot. Naomi was tossed over the top rope but the rest of the women caught her. She walked the barricade and then hopped onto a chair to come back into the ring only for Nia to toss her out again. Natalya and Beth worked together against Nia and then Natalya turned on her and tossed her out. Ember and Asuka renewed their rivalry. Ember hit the Eclipse on Asuka but Asuka tossed her out after. Nikki tossed out Carmela who was screaming all the way out. Mickie and Trish faced off like old times after Trish hit Stratusfaction on the Bellas. Trish kicked Mickie out. All of the women combined threw out Nia. Sasha threw out Bayley. Natalya put Trish in the Sharpshooter. Trish powered out and then kicked Natalya out. Sasha got up in Trish’s face. Trish went for Stratusfaction again and Sasha tossed her out. Sadness.

Everyone's eyes are on #WrestleMania 34…