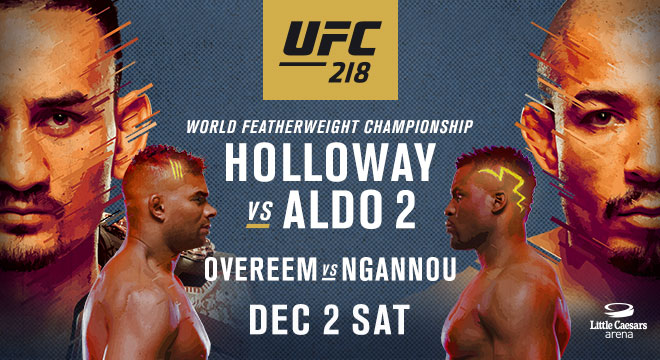 
So far, the undercard is making this a candidate for show of the year.

Waterson came out fast, but had a hard time keeping Torres off her. But she landed some early, opening up a cut under her eye. But she couldn’t keep her off her. Torres started to rag doll her a bit near the fence, but Waterson was holding her ground. Torres is getting off first though.

Waterson got a sweet headlock takeover. Torres grabbed a kimura from the bottom, but Waterson fought through it. Torres also tried a triangle that Waterson got out of that Torres tried to turn into an armbar. Back on their feet, Torres looked the better of the two, but she probably lost that round.

Waterson looks tired. Torres isn’t landing anything well, but Waterson is reacting slowly. Waterson either got super tired, or was rocked and fell backward and to the mat. Torres ran in and Waterson nearly took her head off with an upkick. Torres went for her back but was high and nearly got bucked off. She flattened her out and started nailing her with shots. Waterson got out and up, but that was enough for Torres to win this one.

Gaethje landed a ton of leg kicks early on. Alvarez’s lead leg looked like it was going to give out. But the story of the round was Alvarez’s boxing. He head movement was excellent and he stayed calm after eating all those leg kicks. He landed shots to the body and then would finish with an uppercut and he really wore down Gaethje to take a round in which he was clearly losing early on.

What a round. These guys are tagging each other, but Alvarez is doing more damage with his shots. Again, his boxing is winning it for him. He’s going to the body and Gaethje is starting to drop his hands. He might be set up for the left hook in this third round. Gaethje kept kicking that leg though and Alvarez was feeling it. Alvarez has a huge bump near his mouth from left hooks.

Alvarez finally took him out with a knee to the face. Gaethje looked like a fish out of water trying to get up. Gaethje was actually winning the round early as he kept attacking Alvarez’s leg. But he was so exhausted and didn’t have much. He landed two uppercuts that Alvarez just shook off before the finish.

Winner: Eddie Alvarez by way of 3rd round TKO

Cejudo turned it into a wrestling match and basically wrestled him down. Pettis’ defense was solid, but it wasn’t the kind of round that Pettis wanted.

Pettis started off nicely, landing a couple body kicks. But then as he was defending, he either slipped, or anticipated Cejudo doing something and fell to his back. And then he was stuck in a wrestling game again. Cejudo is up 2-0.

Cejudo just toyed with him. He shot in and took him down and Pettis’ confidence was shot. Even when they were back on their feet, Pettis was out of it. Looked frustrated. Easy win for Cejudo.

Ngannou destroyed him with one punch. Overeem faked a punch, threw a wild left and then ate a left hook that put his lights out.

Winner: Francis Ngannou by way of 1st round TKO

Aldo landed a nice uppercut at the end of the round, which was the only real strike of the round. Holloway was toying with him, which he did right before he took the uppercut. I think Holloway thinks he knows that Aldo doesn’t have much stamina and is going to try and wear him down.

Aldo leg kicked Holloway and it looked like Holloway might be in trouble, but he started chopping Aldo down strategically, using his length and his skill of movement. Aldo is in this though. He may fade late, but he’s clearly in this fight.

Holloway’s strategy worked by the time the third round came. He chopped Aldo down. Holloway would land three or four shots and Aldo would throw a haymaker that wouldn’t land clean. All of those shots added up and then he turned it up on Aldo with a myriad of shots and finally, Aldo fell. Great performance.