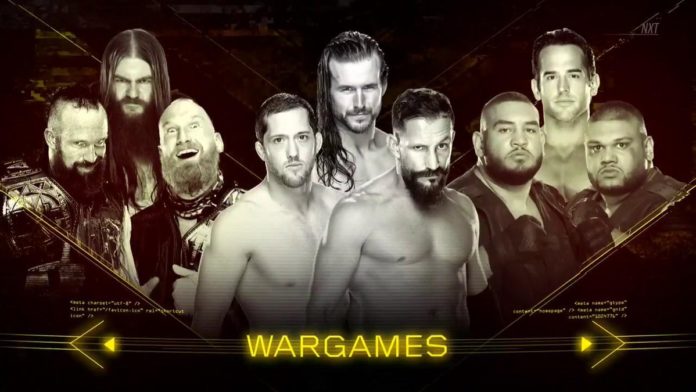 
We have a double ring, which I haven’t seen in awhile. That’s exciting.

This was a pretty quick match. Ohno would hit Sullivan with a big move and he’d sell it, but only shortly. Sullivan looked great against a big guy who sold for him perfectly. He hit the freak accident for the win.

This was a very good match, especially for one that I thought would be more one-sided. With Dream’s character, a lot of the match was about getting his mannerisms and charisma over compared to Black’s seriousness. It was a great contrast.

Black finally won with the Black Mass and said Dream’s name after the match.

These NXT four ways are always good and this was no exception. It was very well laid out. Everyone looked good and shined.

Near the end of the match, Sane had Cross down with Royce on top of her. She hit the big elbow and had Cross pinned. Moon broke it up. Moon later hit a Double Eclipse on both Royce and Cross and pinned cross to win the match.

Asuka came in the ring with William Regal to give her the title.

I’m rarely surprised by results in wrestling these days, but this one surprised me. After a really, really good match and the best one so far which saw nothing but action, Almas hit the Hammerlock DDT with Drew getting tied up in the ropes to win.

McIntyre and Almas went back and forth hitting big move after big move. Late in the match, McIntyre was selling and Zelina Vegas came in the ring and hit a Kalisto hurricanrana. McIntyre hit the Claymore kick and Almas did a full flip.

We’ll see if this means McIntyre is going to the main roster or not.

It’s an open cage unlike the original WarGames and it’s not about submission or quitting here. You can have pinfalls. It’s also 1-1-1 and the team that gets the advantage can put the rest of their team in, making it 3-1-1.

Sanity finally came in and the match officially started. They all brought in tables, chairs, and a nightstick.

The match got really good once all three teams were in. And yet, they kept going and going and going. I think they went to the finish about 10 minutes past the peak of the match. The fans didn’t really pop for anything including Dane German suplexing Rezar from near the top of the cage and through two tables and Roderick Strong superplexing Adam Cole off the top of the cage and onto all the rest of the 5 guys.

The finish saw Cole hit Young on the back with a kendo stick and then use a chair to enforce his short running knee onto Young.