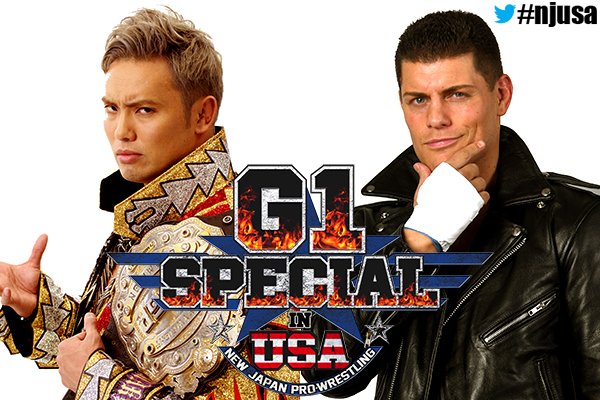 Coming off Dominion, New Japan has announced matches for the G1 special.


Kazuchika Okada and Cody Rhodes are expected to headline night one of New Japan’s G1 Special in Long Beach, CA. Okada, the IWGP heavyweight champion, is fresh off a time limit draw with Kenny Omega at this past weekend’s Dominion show, which has received rave reviews, including on this very website.

The card for July 1st looks very full. In addition to Okada vs Cody, the first round of the 8-man tournament to determine New Japan’s first ever IWGP US champion is expected to happen on the show.

Those first round matches are booked as Michael Elgin vs. Kenny Omega, Tomohiro Ishii vs. Tetsuya Naito, Juice Robinson vs. Zack Sabre Jr. and Jay Lethal vs. Hangman Page. The semi-finals and finals are expected to happen on night two.

Also on night one, the IWGP tag champs Guerrillas of Destiny defend their newly won titles in a Dominion rematch against War Machine. You can see all of the night one matches on New Japan’s website.

The night two card looks to still be in the preliminary stages. So far, in addition to the semifinals and finals, Hiroshi Tanahashi will defend his Intercontinental title against former WWE star Billy Gunn. Also, the Young Bucks will defend their Jr. Heavyweight tag titles in a Dominion rematch against Roppongi Vice. 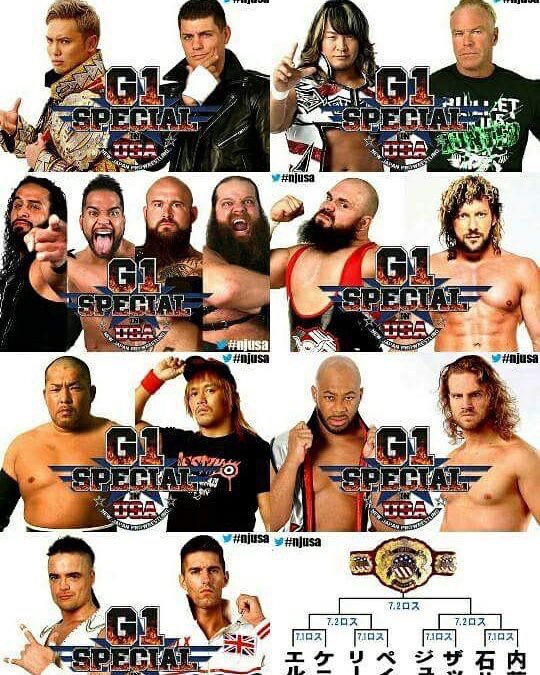