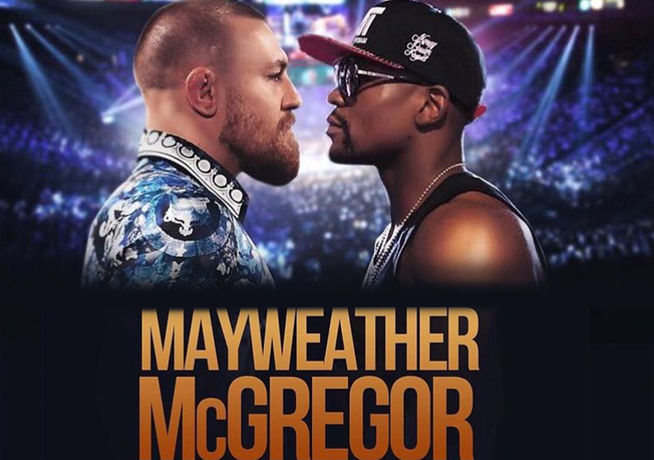 It’s official. Mayweather vs McGregor is on.


Kevin Iole was first to the scene with the news that the heavily talked about Floyd Mayweather vs Conor McGregor fight was a go for August 26th.

There were some interesting details in his report.

– The fight is going to be a Showtime exclusive boxing PPV, meaning there would be no UFC fights on the show, which Mayweather himself had led us to believe. We don’t know what kind of payment the UFC would possibly receive in the deal, but it’s interesting to see that they and their fighters won’t get any benefit of the huge spectacle.

– Reports came out today that the Nevada State Athletic Commission had approved the August 26th date for the fight at the MGM Grand Garden arena. Iole’s report says it’s possible that it could still be held at the T-Mobile where a lot of the big events are now happening. T-Mobile is the venue for the big Canelo Alvarez Vs Gennady Golovkin super fight just three weeks later.

Both men made it official on social media.

THE FIGHT IS ON.

Duan and I discussed the fight on the latest episode of the Fight Game Podcast.