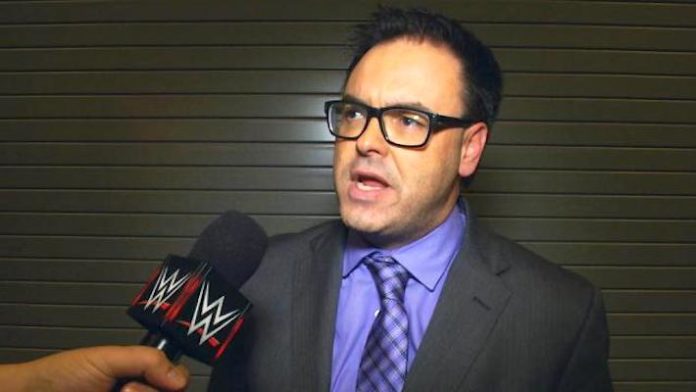 Mauro Ranallo has been teasing that he would announce his next move soon. That next move is not technically a move. But it is a bit shocking to many.

On Instagram today, Ranallo announced that he would be part of the NXT broadcasting team. Per the Wrestling Observer, he’ll be at Full Sail tomorrow for the television tapings. They also reported that he signed a new deal. His original deal with WWE was supposedly set to expire in August.

Ranallo disappeared from WWE TV as the play by play man for Smackdown Live in mid-March. The scuttlebutt was that Ranallo and broadcast partner JBL weren’t getting along. Ranallo has also been public about his depression issues, calling himself the Bipolar Rock-n-Roller.

Ranallo was recently added to Bellator’s broadcasting team, which has a big show in New York this weekend. He’s also going to call Floyd Mayweather vs Conor McGregor for Showtime PPV.

This isn’t indicative of anything, but I wonder if WWE was trying to keep him away from New Japan Pro Wrestling’s US branch. With Jim Ross now with WWE again, you wonder how long he’ll be the play by play guy for New Japan’s show on AXS. A likely replacement could’ve been Ranallo who was the original play by play guy for the show before heading to WWE.

THE NXT CHAPTER BEGINS! WWE and I mutually agreed to end my responsibilities on SmackDown having nothing to do with rumors about disputes. As I remained under contract with WWE, we discussed a variety of options. Despite originally agreeing to part ways, there was always a desire to continue working together. We have come to terms on a new agreement that benefits both WWE and me, and I am thrilled to announce I will now be part of the NXT broadcasting team.