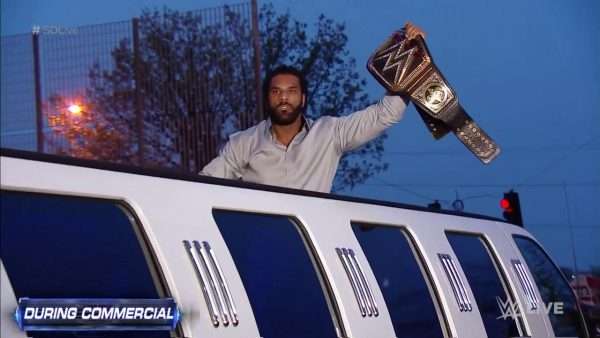 Jinder Mahal defends his WWE Championship against Randy Orton this weekend. Is he for real?

Just three weeks ago, Jinder Mahal beat Randy Orton to win the WWE Championship at WWE’s Smackdown brand Backlash PPV. He faces Orton in a rematch at Money In The Bank this weekend.

It wasn’t a surprise that he won because if you were connecting the dots, you probably thought the odds were good that he would win.

TNA was about to go into India. WWE’s analytics and key indicators were telling them that India was the market to go after. And thus, Mahal, long-time mid-card performer with his new “ketogenic” physique, won the title with very little build up.

Jason and I discussed the Mahal victory on the last ever episode of FGB Radio.

I never had an issue with the idea that Mahal could be a contender. He’s tall and athletic and simply by being an ethnicity that isn’t represented in wrestling very often, he’s different. And different is good.

The issue I had was with the how. If you wanted to build Mahal up to be a contender, you could do so in three months and at the end of that three months, he wouldn’t only look the part, but the fans would believe that he was the part.

He had a great showing at the Andre The Giant battle royal, even mixing it up with NFL superstar Rob Gronkowski. That didn’t make up for his run as 1/3 of the joke act 3MB. It also didn’t make up for the fact that he was mostly having matches on Superstars and Main Even since he rejoined WWE in mid-2016. But fans are much more quickly to forget old angles these days because angles don’t mean as much as they used to (and WWE teaches their fans that they don’t). Also, there’s so much WWE product on TV and a lot of it just blends together.

But WWE did it all wrong. He was placed on Smackdown in the Superstar Shake-up. The very next week, he was one of the ugly ducklings in a 6-pack challenge match to create the number one contender to Randy Orton’s title. Mahal, Mojo Rawley, Sami Zayn, Luke Harper, Erick Rowan and Dolph Ziggler were in the match. Actually, looking back at the match, it was full of ugly ducklings. He won the match and went from a mid-card guy who was barely getting TV time on Raw to Smackdown’s number one contender.

It sure made Smackdown look strong in comparison to Raw didn’t it? Had they put him in a feud with Harper for a month and then maybe Zayn for a month, he could’ve then upset AJ Styles or Kevin Owens or one of the real contenders on the brand to make it look like he was a reborn contender after so many years in a role of being a non-main eventer.

Mahal has been on podcasts and done interviews and he has a really good story. There’s something there to build upon. But not in a hot shot way. It seems like the hot shot booking will hurt him more than help him. 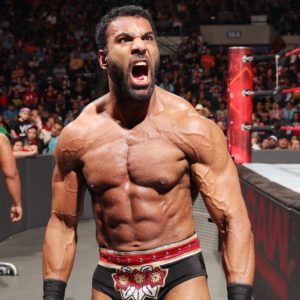 That leads me to the question of this post. Is Jinder Mahal for real?

(One of my favorite podcasts is Jalen & Jacoby. They played a voice mail of a caller one time and he asked this question in a slow and deep voice: “Are the Clippers for real?” He meant the Los Angeles Clippers, who are historically not for real. It became an audio drop on their show for most of the entire year whenever they’d joke about the Clippers.)

When you hear veterans in WWE like Chris Jericho and the Big Show talk about Mahal, it definitely sounds like he’s someone they believe can be a big-time player. Like I mentioned before, with his new physique and ethnic background, he absolutely stands out.

But I don’t think his title run will be successful because of his booking. Because he was booked from zero to hero, he missed a lot of steps along the way that he’d be able to go back to whenever he loses the belt. This week’s Smackdown did the second lowest rating since last July’s brand split. It probably doesn’t have much to do with Mahal, but as the champion, he has to take at least some of that blame.

My prediction doesn’t mean much, but ultimately, I think this will be looked on as negative for his career because of how it happened. Rather than give the fans a chance to see him gain some wins and become a contender, he was forced upon them in a weird way. It saddled Jack Swagger and even Dolph Ziggler to some extent. Because he’s a heel, that might not mean too much right now, but I think it be a downfall for him when he’s out of the title picture.

Imagine if he’d just won the US title rather than the WWE title and in three weeks when John Cena comes back, he calls out Cena on the 4th of July. That would be so much more of an impact than doing a program with Orton for the main title.

Mahal should be in the mix. But I sure hope they have something for him when it’s realized that he’s not a key mover and just another guy who traded the strap. Maybe at some point in his career, he can become a top guy and get a strong run. But that time isn’t now. I think the fans are seeing through it.