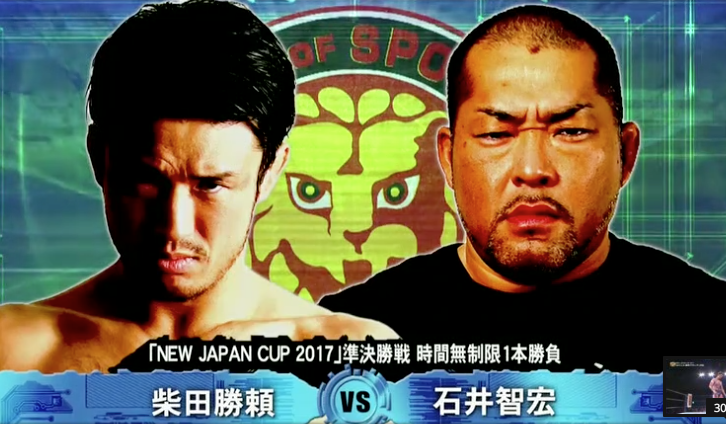 John LaRocca looks at the best matches he’s seen in 2017 so far.

Welcome to the first edition of my top 5 matches of 2017. This list is my favorite matches that took place from January to March of this year.

Each quarter, I will list my top 5 personal favorite matches. What makes pro wrestling so great is that there is a style of wrestling for everyone. Wrestling fans are so passionate about this issue, and I always love hearing from fans on why they liked or disliked a match.

When the brand split happened in July of last year, AJ Styles and Randy Orton ended up on Smackdown. Just like that, two of the best workers on the WWE roster were on the same brand and I couldn’t wait until these two hooked up inside the squared circle. Both Orton and Styles are masters at the art of pro wrestling. Both men understand how to pace a match perfectly. They turn it up just at the right time. As I expected, the match was magic. This was to determine the number one contender to the WWE Championship.

The match went back and forth as expected with both men teasing their signature moves. I will never forget the finish. Styles had Orton set up for his springboard “Phenomenal Forearm.” As Styles jumped to the top rope to springboard, Randy Orton got in position to deliver the RKO. Styles pump faked Orton. Orton took a back bump and was in perfect position for another Styles signature move, the springboard 450 splash. As Styles came off the ropes, Orton had that move scouted and moved out of the way. Styles, seeing Orton moved, landed on his feet and the hit the ropes. As Styles came off the ropes, Orton popped him up high in the air and delivered the RKO for the pin. It was a memorable finishing sequence.

What made this match so great was in the end, both men left you wanting more matches between these two. Two inexperienced guys would have gone out there and left everything on the table. These two masters of the ring put on a great match and left plenty in their arsenal for future matches.

I had another match at number 4, but I realized it took place on April 1st and not March 31st. So I had to delete it from the top 5. Maybe that match will be on the next quarter’s list.

I am glad I made that mistake, because it gave me a chance to watch this classic championship match for the BJW title. For those who only know BJW for their hardcore “garbage” wrestling, you might not know that they have some great wrestling on their cards. I am not a fan of garbage wrestling, so I just skip over those matches. BJW is filled with so many talented wrestlers and Daisuke Sekimoto has been one of my favorites for years now.

This match in particular was a rematch from their first encounter on March 5th. In that great match, they battled to a thirty-minute broadway. I nearly chose that match over this, but I went with the rematch because of the dramatic finish. Hideki Suzuki is a very good catch wrestler. Suzuki doesn’t have a big personality, but his technical wrestling gives you that feel of greats from the past like a Lou Thesz or a Dory Funk Jr. Now, I’m not saying he is that good, but his style takes you back to that era of pro wrestling.

I would recommend watching their match from March 5th first, simply because this match played off that match beautifully. You really feel when watching this match that they are fighting for something very important. BJW has a very loyal fan base and you can tell that by how the crowd reacted to every twist in turn playing off their previous match. The crowd was into it from the opening bell. This match made me proud to be a pro wrestling fan.

In today’s pro wrestling, we see a lot of matches where a body part is worked over and then forgotten about. The person whose body part was worked over, sells for a while, but then stops selling.

Pro wrestling today is more athletic than years before it, so there is more focus on the flashy moves now than ever before. In the past, a worked-over body part would either play into the finish of the match or the wrestler would have to work around his injury to gain a victory. Tanahashi and Naito at Wrestle Kingdom 11 mixed today’s modern style of pro wrestling with the past perfectly. Not only was it very athletic, but the selling continued through the entire match.

Early on, Naito focused on Tanahashi’s knee. When Tanahashi would fight back, he would continue to sell the knee. Even when he went for one of his signature moves, the Sling Blade, Tanahashi would limp as he executed the move. Naito adjusted his standard offense to target the injured knee. On top of that, both men are two of the most charismatic workers in the business today. This is a match between two true superstars.

I love watching a match and expecting it to be good, but being surprised when it turns out to be great. That is exactly what happened here. It had been a little while since I watched NOAH. Since New Japan pulled out of NOAH, I decided to check out the new company direction. When New Japan pulled out, I thought it was the death blow to NOAH. I am happy to see that New Japan pulling out of NOAH was actually a good thing. NOAH went back to basics; just good, hard pro wrestling action. The focus is on clean finishes with an occasional big angle here and there.

This is the best tag team match of the year so far. Both teams told a great story which was: long time main eventers facing off against the future of NOAH. The fans in attendance got more into seeing the young NOAH team pull off the big upset as the each minute passed. As expected because this was a NOAH match, this was hard hitting, from Go Shiozaki’s blistering chops to Kenoh’s crushing leg kicks. Masa Kitamiya is quickly becoming one of my favorite young stars of today. He looks and dresses like a young Masa Saito. He has a ton of charisma and fire on his comebacks. He is definitely a future NOAH GHC Heavyweight Champion and probably sooner than later.

The match had me popping and reacting to each twist and turn of the story. The fighting spirit of the young NOAH team had me hooked all the way through.

It shocked me that this was undersold by many people who saw this match, but so far in the first quarter of 2017, this is my match of the year. Beyond the hard strikes, these two created the sense of importance and the urgency to win. Katsuyori Shibata rarely displays emotion in his matches, but here, as they worked toward the finish, he couldn’t help let the emotion out. The fans picked up on that as well, and that set the tone for a dramatic finish.

Both men laid it all on the line and worked great together to create a very beautiful match. Personally, I thought Okada made that match with his selling. Omega was the best I have ever seen him, which helped because he took a more serious approach to the match.

Omega did some jaw dropping things in that match including a high backdrop to the floor and through a table. That was absolutely nuts! But, that also took me out of the match because I couldn’t believe Omega could survive that and continue to wrestle for long time after that. I know he sold the back for awhile after, but still I wasn’t buying that. I just can’t get past that when I think of the match.

I do feel it was a great match. I think Dave Meltzer made it bigger than it was when he rated it six stars. I just think the matches on this list are better.

That is what I wanted this article to be about; having fun and discussing our love for our favorite matches. We may agree or disagree, but in the end we are all watching some great pro wrestling and that is a good thing.