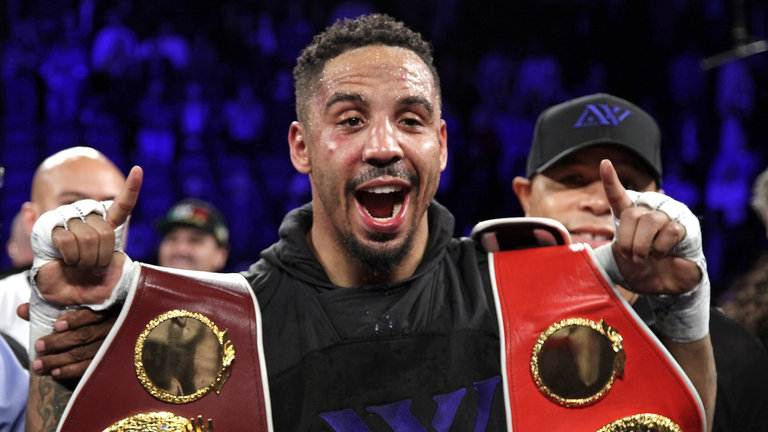 Duan and GG give their reaction to Andre Ward’s decision victory over Sergey Kovalev.

Six days ago, Andre Ward beat Sergey Kovalev to become light heavyweight champion and take all three of Kovalev’s titles. As is the case when there’s any surprise winner in boxing, cries of robbery and sentences like, “This is why boxing is dying,” are thrown around far too often.

In some cases, you can cry robbery. But robbery usually means that someone is clearly winning the fight in an inarguable way and for whatever reason, the judges see it otherwise. In the case of a close fight, that term shouldn’t be uttered, especially by smart boxing fans.

Even if you didn’t have Andre Ward winning, there was an argument for him winning and that enough makes his win over Kovalev, not a robbery.

The main school of thought is that Kovalev was clearly dominating the early rounds and only needed to win a couple late to get the victory. But that school of thought only works if you gave Kovalev the first six rounds. With the extra point for the knockdown, it would’ve been impossible for Ward to win the last six rounds and win the fight. He would’ve still lost by one point.

If you gave Ward at least one of those rounds, or in my case, two, then it’s arguable that he still could’ve at least drew with Kovalev if he won the last six rounds.

It was the tale of how you scored each half of the fight.

I had Kovalev up 4-2 after six rounds, but with the extra point, he was really up 5-2. In order for Ward to clearly win on my card, he would’ve had to win at least five out of the last six rounds. I think Ward won six through nine and eleven. Round ten was clearly Kovalev’s round and it came down to round twelve on my scorecard. I thought Ward did a good job in round twelve, but he missed a lot of the big punches he was setting up and I gave Kovalev the round closely. Based on round twelve, I had Kovalev winning the fight by one point 114-113.

What that means is that the fight was super close. There were close rounds all night that were hard to score. But unless you were scoring them, you probably don’t have a good argument. Fights aren’t scored in full. They’re scored by round.

I think the hard part with scoring fights is that it’s hard to differentiate from what should count more. Kovalev landed more power shots. They’re easier to see land. And even when they don’t, they sound like they do. Ward was more slick, landing body shots and counter shots that are harder to see land. What happened in the fight is that Ward slowed Kovalev down late, including late in rounds. If the round is just about even for two minutes, it’s the final minute of the round that counts most and Ward fought the last minute at a much faster pace than Kovalev in the second half of the fight.

Duan sent me some thoughts and I thought he had a succinct and logical point of view.

Look…if you want to find robberies in boxing, you don’t have far to look, but that doesn’t mean every controversial decision is crooked. The truth is this was just a tricky bout to score. I had it as a one point fight for Ward – the same as the three judges – but my method of scoring was different to each of them. All that says is that a lot of these rounds were open to different interpretations. And for the majority of this fight, there really wasn’t a whole lot to split the two fighters.

Kovalev had some big moments, but I had Ward’s activity and accuracy shading those tight sessions. I just felt Kovalev let it slip from his grip from the fifth onward. Now if you disagree with that that’s fine, but what you have to understand is there’s nothing here that anyone should be outraged about. There isn’t one single correct score to this fight. Anything ranging from Kovalev by 3 to Ward by 2 a legitimate case can be made for.

If they rematch, which I hope they do, although not immediately, I see Ward taking it a lot cleaner second time of asking. I think he figured out the puzzle down the stretch, and without that terrible start, I see him being able to put some distance between them. Each individual round will still be close, but they will all fall in his favour allowing him to pull away on the scoreboard.

Save that word for when it matters, or else it will lose its definition.

Reaction – Bellator NYC: The Good, The Bad, & The Ugly