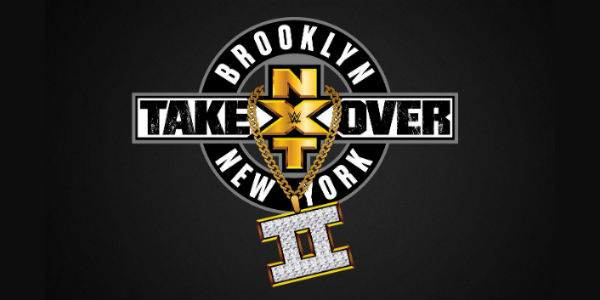 The main event of TakeOver should be fantastic and the card is really good all around from a wrestling perspective. But I do wonder if some of these guys are over as much as the NXT stars were over this time last year.

We’ll be back with full play by play of the event.

No Way Jose Vs Austin Aries

The Brooklyn crowd is trying hard to turn Aries face here. He’s going to have his work cut out of him when it comes to getting booed.

Jose’s wrestling with a mean streak rather than his normal smiley performance, which made the match feel more like a fight. Aries was excellent, but Jose held his own. They did some stuff on the outside, but the match was mostly in the ring. Aries pulled out a sunset flip bomb and a crucifix bomb. He put on the Last Chancery early, but finally put it on for the tap out. It was a good opener.

Aries put the submission on again after the match and Hideo Itami came out in dress clothes. They had a weird exchange to set up Itami hitting him with the GTS.

It wasn’t the impressive debut that most wanted; well until the finish. The match was a bit flat with Ember Moon selling for Kay’s offense and widow’s peak submission. Moon finally got control, went off the top rope, twisted in the air, and caught Kay with a stunner. It was quite the impressive move.

Roode had a tremendous entrance. He came down on a platform, wearing a robe, and walking around like he was Ric Flair. Poor Sombra came out in suspenders and a top hat.

Roode carried himself great, but Sombra was one step ahead of him. Sombra has so many great moves, but after watching the Cruiserweight Classic stuff, it’s less impressive. But he’s doing it as a much larger guy. Sombra did look good with his offense. He did a straight jacket German. Roode tried a perfect plex, but Sombra rolled him up. Roode hit a spinebuster and then a pumphandle slam, which he called the Glorious Bomb for the win.

Johnny Gargano and Tommaso Ciampa Vs The Revival

The babyfaces ran wild early, including Gargano diving through the ropes. But the next 5-10 minutes or so was heat on Ciampa. The Revival is so good at old school tag team wrestling, including interfering so that the referee doesn’t see the hot tag.

Really good match, but a ton of interference and broken up falls. Gargano and Ciampa had it won after they hit their finisher with the super kick, running knee in the middle on Dash. Dash got his foot on the rope right as Drake Younger counted three. Younger restarted the match.

They took out Gargano’s knee, dove off the top rope on it and then made him tap with an inverted figure four.

This was a great story. I don’t know that they were near perfect in pulling it off, but they were close.

The story was that Bayley knew she was in for the fight of her life, but she had the eye of the tiger. Asuka would nail her and she’d feel it, but fight back. She no sold one of Asuka’s kicks and at another moment, yelled at Asuka to hit her in the face.

Bayley hit a Bayley to Belly out of the blue for a two count. She withstood two Asuka lock chokes and an ankle lock. But Asuka kicked her right in the head twice and she pinned her. Good stuff.

Bayley got her momen in the middle of the ring as the crowd chanted, “Thank you Bayley.” She walked around to ringside to hug Becky Lynch, Sasha Banks, and Charlotte, which kind of killed her being killed, but it was a nice moment.

Monstrous entrance for Nakamura with a live violinist.

Joe took the first half of the match. It was far more methodical than what we’d seen and I think the crowd was a bit spent. But the work was really good. It was strong style versus strong style.

The crowd got into late, humming Nakamura’s theme song. Nakamura hit a German. Joe did a fast powerslam. Joe hit the Muscle Buster but Nakamura kicked out. Nakamura hit a short Kinsasha for a two count. Then he came off the top with a kick to Joe’s back. He hit the Kinsasha again to win the title.