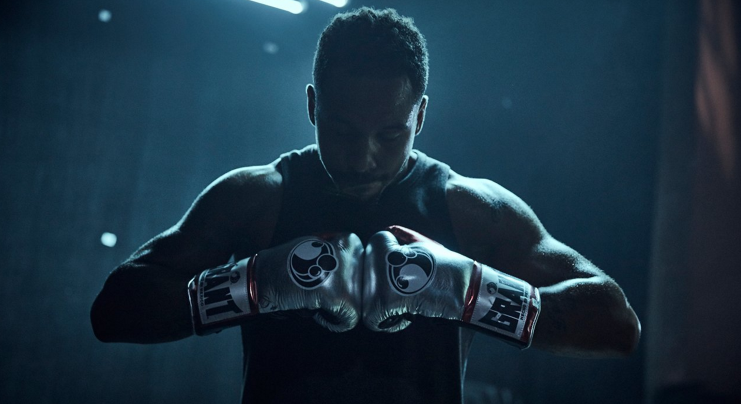 With Sergey Kovalev in attendance, Andre Ward won a unanimous decision against Alexander Brand in a fight in which he won every round on every card. Brand was over-matched from the get-go and no one expected him to have a chance. You can even tell by their pay stubs for the fight.

Ward targeted his body early and Brand started to cover his left side, which opened him up to left hooks. Ward landed several, but never landed that big one. That’s partially because Brand fought while moving backward the entire time. There were times in the fight where Ward tried to open it up, switching southpaw, but he could never get Brand down. He landed some big left hands while fighting from the left side, but Brand would fall right back into the ropes and move to his left to stay away from followup shots.

After the fight, Ward said they knew it’d be hard to knock out Brand who has a weird style. Sergey Kovalev then walked into the ring to set-up the match with Ward. Both men had respect for each other and Kovalev had a few opportunities to get some digs in, but decided not to. Let’s just say that I’m sure Max Kellerman and HBO hoped for a few more fireworks.

If you want to read the round by round of the fight, it’s below.

Just on footwork alone, Ward is a couple classes above here. Brand landed a body shot and tried to set up a headshot, but Ward was already out of the way before before Brand threw it and he nearly fell down. Ward didn’t set up much, but landed enough to win the round. Ward was more prowling than stalking in the round.

Brand is fighting a weird fight. He’s backing up the entire time, but throwing wild shots, so Ward can’t really open up. Ward’s fighting a safe fight, but really sticking his jab. He can really dig at Brand’s body if he wants.

Brand landed a nice uppercut. Otherwise, it was Ward’s round. Ward has to be safe because both guys are diving in a bit from deep. Brand is staying away, but trying to throw a big and wild shot. Both guys better hope they don’t bash heads. Ward may have to pick it up or else the crowd may get a little sleepy here.

Brand’s really protecting his left side. Ward’s targeting the left side of his body and it looks like Brand is hating life. Ward can probably come with the left hook to the head if he wants, but he’s been predominantly pounding the body.

Ward fought the entire round left-handed, trying to throw big shots with his left hand. It made him a little more predictable, but he also landed more power shots in the round. His defense suffered a bit though.

This wasn’t that sharp of a round. Ward went back to fighting right-handed, but then switched back to southpaw. He cut Brand on the right eye lid. Brand didn’t do much at all.

Ward should be trying for the knockout here. Unless he thinks Brand is holding back, Brand is giving him nothing. He out-landed him 3-1 in the round.

The most exciting thing in the round is that Brand slipped while throwing a punch. Ward landed a few nice shots late in the round.

Ward was taunting Brand late in the round saying, “Nope,” after Brand missed him a couple times. Then he smashed him with two left hands and Brand fell back against the ropes.

Ward had maybe his best round. He was hitting Brand at will. He landed some nice right hands and also landed the jab at will.

Just like I worried, there was a small clash of the heads that might’ve put a bump on Ward’s face. Ward was setting up the left hook, but Brand was so far away, that Ward was barely touching him. I think Ward pitched a shutout here.

He won every round on every scorecard.

Brace for IMPACT: Who will show up at Slammiversary?