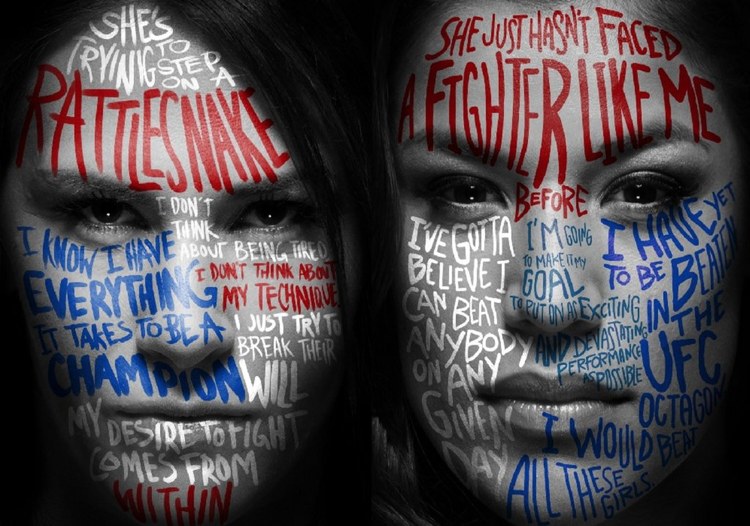 We have live coverage of the UFC 200 FS1 prelims.

If you missed the Fight Pass prelims, we have you covered.

Marin got an early single leg takedown, but Sage sagely pretended like he was going for a heel hook so he could get off his back. He actually did well on the ground. He got his back and had hooks in, but then Marin got back up to his feet, which is probably where Sage wants to be anyway. Marin then spun to Sage’s back, but Sage bucked him off. Marin was holding on but Sage nailed him with some nasty punches.

Marin was having his way with Sage and locked in an armbar that looked deep as hell. Sage got out of it, but who knows how badly his arm is hurt. Sage ended up on top, but Marin is much better on the ground than him, which I’m sure we all knew. Marin looked to have a kimura, but Sage fought it. He went back to the armbar, but didn’t get it. The round was all Marin. Sage looked like a rookie.

Sage tried to stand-up, but couldn’t stay out of the clinch. He was taken down once and then Marin pushed him up against the cage to take him down again. But Sage used hard elbows to the ear to get out of it. Marin is bleeding from his ear. Sage might pull it out. Marin was tired and Sage was actually able to control most of the late round.

The scores were 29-28 from all three judges.

Dillashaw looks a lot like Dominick Cruz in his movement. He’s not able to put everything into his shots because he’s moving so much, giving Assunção nothing to hit. He’s slithering around the cage to get himself into the parts of the octagon that he wants to. Assunção is dangerous, but it seems that he’s unable to time Dillashaw the way he wants to.

Dillashaw bloodied his mouth and Assunção had to spit blood out right on the yellow octagon mat. Dillashaw was fighting exactly like he had in the first, but Assunção got a takedown. Dillashaw was up quickly. Assunção has gone to a head kick often. The referee stopped the fight so the doctor could check Assunção’s mouth/nose area. Assunção went for a kick, but Dillashaw tripped him up. Dillashaw has won two fairly close rounds.

More of the same from Dillashaw. It was a bit of a boring performance from him, but I understand why he didn’t want to mix it up as much as some probably wanted. I have him winning every round, though he wasn’t dominant in any way.

Hendricks looks awful and I’m not sure if Gastelum looks great, or he’s doing so well because Hendricks looks so bad. Gastelum was throwing straight combinations that Hendricks wasn’t moving away from. He landed about six punches in a row. Hendricks took them all and acted as if he wasn’t worried. Neither guy used much wrestling. This turned into a pretty good slugfest right before the round ended.

Both guys are tired and we’re barely in round two. Neither’s punches are sharp, though Gastelum is doing a better job with snap. Hendricks was more competitive in the second though. This fight is completely one dimensional, with both guys just swinging for the home run.

Hendricks knows he’s tired and he’s looking for the KO, all while eating shots himself. Hendricks went to his wrestling late and got the takedown for a second. Then they just went at it for the last 30 seconds. I can’t see Gastelum losing this fight, but the striking metrics are close.

Pena got a takedown, but Zingano controlled her most of the round on the ground. At end of the round, Pena was able to strike and did decently, but not well enough to take the round.

Cat got two takedowns, one of them being a sweet belly to belly. Pena was weathering the storm and Zingano may be tired now. Pena has her back and is trying to get the choke. Cat’s fighting it. The round ended with Zingano locked in a body lock.

Pena immediately got the takedown again and started to work the rear naked choke. Zingano fought the choke for the entire round and Pena was in control for the whole round. She pulled this one out.

Check out our UFC 200 live coverage.