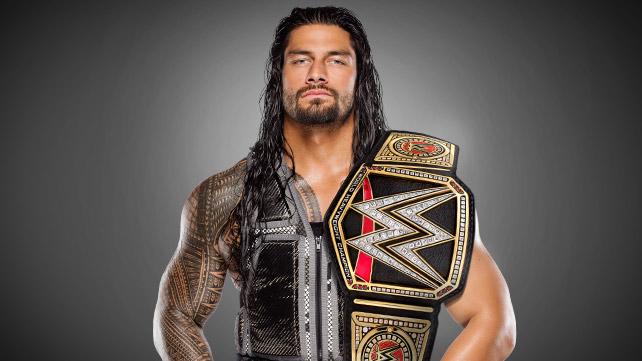 This has been a rough year in deaths and we have to report another one. UFC veteran, Ryan Jimmo was killed in a terrible hit and run accident. Our best wishes go out to the Jimmo family.

Onto what didn’t make the top five…

– This looks to be the WWE PPV schedule for the rest of the year, per F4WOnline.

– Premier Wrestling had to change their main event after champion Joe Graves pulled out with an injury. I interviewed John LaRocca about the new main event.

– Big Van Vader got himself a booking with Will Ospreay. Does that make him the newest smartest man in wrestling?

– The WWE Cruiserweight Classic taped the first round matches. This is a fun video with Mauro Ranallo and Daniel Bryan and all the fighters being introduced.

– After rumors that WWE would allow Kurt Angle back in, that was extinguished last week.

– Earlier in the week was the 20th anniversary of the birth of Austin 3:16. We posted the promo.

– The G1 blocks have been announced.

– Jeremy Botter is on top of the UFC sale, though UFC continues to say they have not yet been sold.

– Chad Mendes may have popped for growth.

– CM Punk affirmed that his MMA debut against Mickey Gall will be at UFC 203.

– Bellator’s Dynamite 2 was a fun show, but the main event was terrible.

– PVZ is back fighting on August 27th, which means she probably won’t be working SummerSlam.

– Andre Ward’s next fight is in the works for August 6.

– First, Tyson Fury had to pull out of his upcoming fight with Wladimir Klitschko and then news came out about a possible doping situation. Sheesh.

– Anthony Joshua knocked out Dominic Breazeale in the 7th round Saturday night.

I think most were surprised at how the fight went on Saturday. While Porter was expected to be competitive, I don’t think most expected him to win the fight. Our scorecard had it as a draw. I saw some scorecards that had Porter winning slightly. But there were some really hard rounds to score. I had Porter up late, but I scored the last four out of five rounds for Thurman. It wasn’t necessarily because he was controlling those rounds. I think Porter was, but he was tiring and his shots were sloppier while Thurman’s were cleaner. I would’ve been fine with a close decision for either guy.

It might be of best interest for them to do it again and maybe do it on CBS. The ratings were very solid for the fight.

Jericho taped the podcast in January and put it out last weekend, which is the 9th anniversary of the tragedy. Chris and Sandra go through just about everything. You’d think Sandra would come off a bit angry, and while I’m sure she is, she was almost too fair to Chris Benoit. There aren’t many podcasts these days that are must-listen, but this one is.

I’ve asked Dave Meltzer to see if he can put out the Observers from that time frame as his reporting was utterly amazing. While they’d be a hard read, there are more questions about this situation thanks to the podcast.

3. GSP is ready for a comeback.

People have been waiting for GSP to fight again ever since he retired after beating Johny Hendricks. He’s teased comebacks before. But it looks like he’s finally ready. And he wants a fight with Michael Bisping.

If GSP does come back, he’ll be an immediate draw. And there are fights on the horizon for him with guys like Bisping and Conor McGregor that would make it worth his while. However, I don’t know if we’ll see the same GSP with a desire to be the greatest fighter ever, like we did before.

After Canelo beat Amir Khan, there was a thought that they would immediately get working on Canelo vs Triple G as the next huge fight. I didn’t think it would happen quite so soon. When the main draw (Canelo) is the smaller man and the B side is unwilling to come meet him at a catch-weight, there’s no reason for the main draw to concede. Triple G needs Canelo more than Canelo needs him. The fact that even the smartest fight fans don’t get this is so frustrating.

So why is this news? Well, it looks like the parties involved are trying to put the fight on the calendar for next year. Personally, I think the hope is that Triple G gains the interest of more casual fans, making the fight more important next year than it would be this year. And it would probably allow Canelo to put on some weight.

In something that’s probably not relatable right now, Richard Schaefer is back in boxing.

Roman Reigns was suspended by WWE for violating their wellness policy. WWE doesn’t give out what talent fails for, so it leads to a lot of assumptions. WWE doesn’t suspend for marijuana, so it’s not that. Whatever it is, I hope it’s more along the lines of PEDs than street drugs.

It changes the game for WWE, though only slightly. He hasn’t been removed from next month’s Battleground PPV, but it does make his WrestleMania 32 main event seem less significant than was intended. Then again, he hasn’t worked as champion, so maybe the timing isn’t so bad here.

I don’t think they’ve given up on him, so he’ll probably be just as important as he ever was, including being one of the main selections in the upcoming WWE draft.