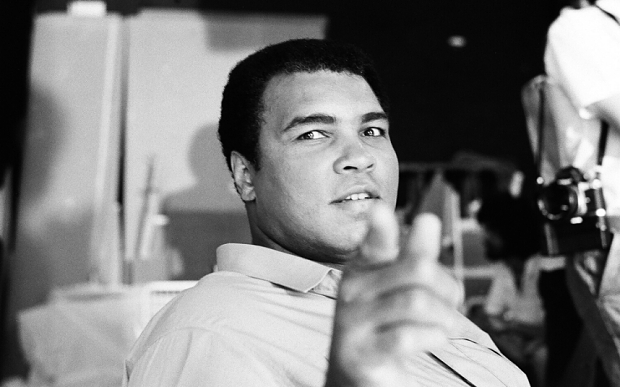 I don’t like putting deaths in the top five because in some way, I think it minimizes them by turning them into a story that I’m ranking. But I didn’t have a choice here. Muhammad Ali’s death will be one of the biggest stories in the world for 2016.

Let’s get to the stories that didn’t make the top five.

– Goldberg is headlining the next WWE 2K game.

– Dave Dutra, Alex Goff, and Alan Counihan gave their opinions on the polarizing Ricochet and Will Ospreay match.

If you still haven’t watched the match, you can do so below.

– There’s a series coming to Netflix about GLOW.

– Tanahashi is out of his match at New Dominion against Kenny Omega. Omega will face Michael Elgin instead.

– Rusev and Lana have set their wedding date.

– I’m not quite sure what’s going on, but this is how Matt and Jeff Hardy signed the contract for their upcoming match.

– Before Michael Bisping shocked the world, Chuck Mindenhall wrote a piece on him for Bill Simmons’ new site, The Ringer.

– After losing to Dominick Cruz, Urijah Faber will assess things.

– Fedor’s next fight with Fabio Maldonado will air on Fight Pass.

– Don Frye is going into the UFC Hall Of Fame.

– – HBO put up highlight for the Francisco Vargas and Orlando Salido slobber knocker which ended in a draw. 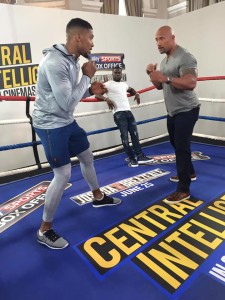 – The Rock and Kevin Hart are in London kicking off promotion for their new movie Central Intelligence. Young heavyweight Anthony Joshua got in the ring with Rock.

The next few stories will all relate to each other. On Saturday night at UFC 199, right before the main event, Ariel Helwani, Esther Lin, and E. Casey Leydon were escorted out of The Forum.

I was escorted out of the building by Zuffa staff before the main event. Credential taken away, too. Didn't see Bisping realize his dream.

My long-time colleagues @ekc and @allelbows were also escorted out of the building w/ me. Sorry to report no post-fight coverage tonight.

I love this sport & this job with all my heart. Did nothing unethical. I reported fight news. That's it. & then told we're banned for life.

Kevin Iole wrote more on the situation with quotes from Helwani.

I was brought to the back by UFC [public relations] and told by Dana White that I had to leave the arena. Dana mentioned that from what I recalled that Brock Lesnar was upset the news was released early and that this could have ruined their deal.

Further down the piece, Iole mentions Helwani’s popularity. Is it possible that Helwani got too big for the UFC’s liking?

Helwani only has 10% of Dana White’s number of Twitter followers, but his influence is strong. He’s the guy casual and hardcore fans believe the most. He spoiled the UFC’s plans to break news about big stories. And oddly, they just made those stories bigger.

You can read Helwani’s story on the Lesnar situation.

That story became bigger than the UFC 199 show. I was on Twitter at the time and was trying to find an update on the fights. But I couldn’t because all the news was about Brock.

How did the UFC get him back? Did WWE allow him? Did he change his contract?

And then WWE published an article about it. 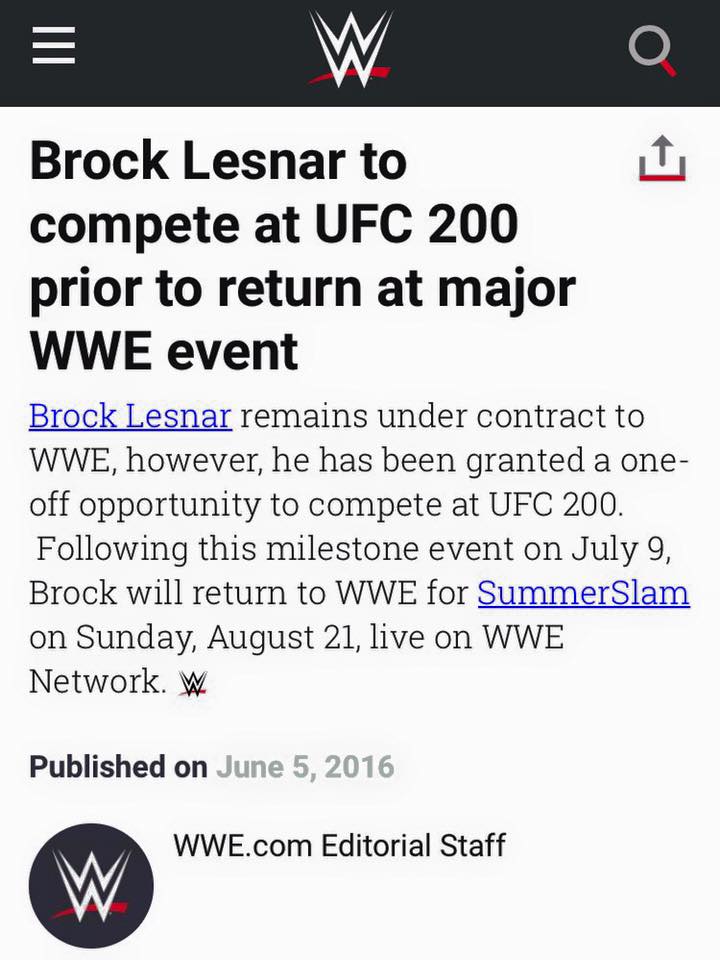 3. Conor McGregor and Nate Diaz will rematch at UFC 202.

In yet another story that Helwani broke, McGregor and Diaz will face off at UFC 202. In a way, with Lesnar coming back at UFC 200, it worked out well for UFC. Originally, McGregor and Diaz was going to headline this show, but now, you have two big shows within three months of each other which will help the gate and PPV buys. What a summer for the UFC.

This also kills the noise for any Floyd Mayweather and Conor McGregor fight happening this year. 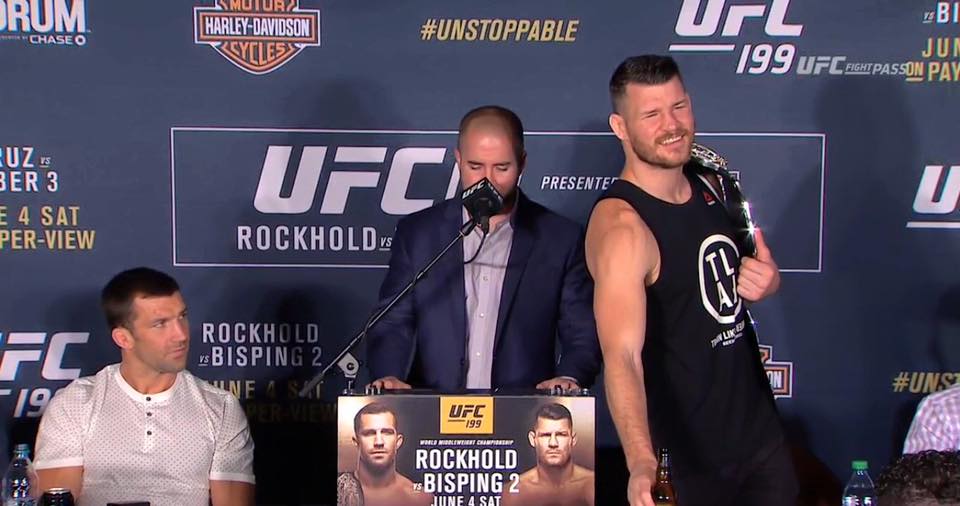 Everyone loves upsets. And this was no different.

He won’t be short on contenders. He could fight Chris Weidman at Madison Square Garden. He could face Rockhold again. He could take on Jacare when he’s ready. Or, he could get knocked out by Dan Henderson again. Okay, they probably won’t go with that last one.

I already posted my thoughts about Ali on Saturday. Rather than delve into those thoughts again, I wanted to share some of the great stuff I read and saw over the weekend about the greatest.

The UFC did a short video celebrating Ali.

HBO Sports put together a brilliant piece. I can’t wait for their upcoming show on him.

RIP to the greatest.