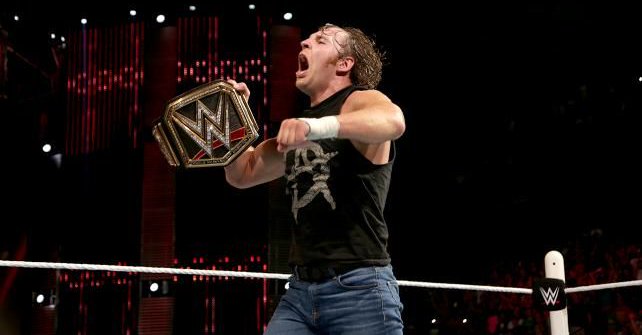 This story just came out today, so we’ll drop it here. WWE announced that they will do their draft on the first live Smackdown on USA.

I originally thought that was the best day to do it, but they will be giving up viewers. They’re going to have to push it hard for the next month to make it feel like a huge deal.

Onto the stories that didn’t make the top five…

– WWE is working with China on an Internet streaming service.

– ROH is going back to the Hammerstein.

– Rumors were that Royal Rumble was going to be in LA in 2017, but WWE has denied the story.

– Anthony “Rumble” Johnson is out of his fight with Glover Teixeira at UFC on Fox.

– This is a great story about John Howard and his autism diagnosis.

– Ill Will Brooks signed with the UFC and already has his first UFC fight scheduled.

– Dave Meltzer has a great story about Daniel Cormier’s reaction to Brock Lesnar being added to UFC 200.

– Meltzer also has the latest on the UFC sale and the final bids.

– MMA Fighting has highlights of Fedor’s latest fight with Fabio Maldonado, which many thought should’ve been decided differently.

– Canelo doesn’t have an opponent yet, but he’s fighting next on September 17th.

5. Stephen Thompson is the number one contender at welterweight.

UFC Ottawa was a fun show, only slightly hurt by a semi-boring main event. It was boring in part because Thompson’s fighting style is very much a hit and get out of dodge style, which means he takes very little punishment. He’s very similar to Floyd Mayweather.

Can he beat Robbie Lawler or Tyron Woodley? There’s the next question he’ll have to answer.

4. Jerry “The King” Lawler was arrested.

Jerry “The King” Lawler was arrested, along with his fiance. There was a domestic dispute and because of the arrest, WWE suspended Lawler.

WWE’s statement was this.

WWE has zero tolerance for matters involving domestic violence, and per our policy, Jerry Lawler has been suspended indefinitely following his arrest.

Hopefully everything else comes out well for both and Lawler can get back to work. But this could open up a door for Corey Graves who I like enough, but maybe not as much as most NXT fans. He and Mauro Ranallo could give Smackdown a fresh voice for the re-launch.

3. Kovalev Vs Ward is scheduled for November 19 at the T-Mobile Center.

Maybe it’s just me, but I feel like this fight isn’t getting enough attention. They’re doing it right; building it out over the course of the year, telling all the viewers what the steps are.

I’m looking forward to November 19th as much if not more so than both UFC 200 and UFC 202 in addition to WWE Battleground. I’m joking about the latter there.

Kazuchika Okada is again the IWGP champion, beating Tetsuya Naito in the main event of the Dominion PPV on Saturday.

I didn’t see it, but it sounded like a really good show.

I’ll toss in some GIFs from Senor Lariato.

Since I did see Money In The Bank, I do have some thoughts about it. Overall, it was a fun card, albeit bloated with far too many matches I didn’t care one iota about.

But the main matches delivered. I loved the AJ/Cena story, which was that AJ as a wrestler can work circles around Cena, but one it becomes a fight, that’s Cena’s forte. The finish was a little moldy with the run-in, but that’s WWE’s fault in booking themselves in a corner in the first place. AJ had to win.

The Money In The Bank match means less to me when we see damn near the same match at WrestleMania. I thought it was going to come down to Kevin Owens and Dean Ambrose with Owens pulling it out, but Ambrose was a fine winner too. They needed Shelton Benjamin or Kofi Kingston in it strictly for stunt-work.

The main event was long and had weird psychology early on as Roman played aggressive heel and Seth was more playing the sympathy card. The match picked up, but the ending fell slightly flat to me. It was a weird way for a heel to beat the number one protected baby face for the title. Or maybe I just expected there to be more shenanigans since Rollins as the heel.

But I don’t think it was the right time for Dean Ambrose to cash-in. I would’ve rather they built up to his first title win rather than as an afterthought in a cash-in opportunity.