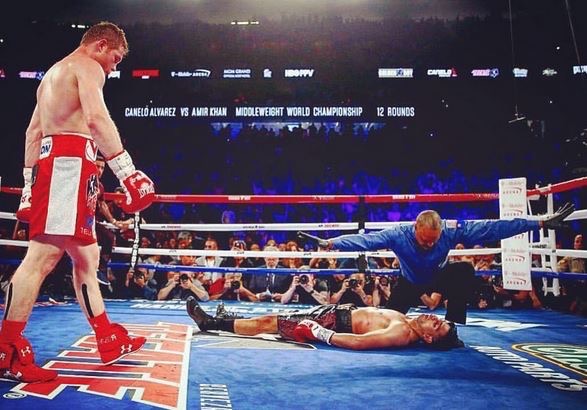 Before we get going, we want to make mention of the death of Bellator fighter Jordan Parsons, who was originally scheduled to fight on their San Jose card this weekend. He was in a nasty hit and run accident and eventually passed away. They may have found the person responsible for the accident. Delray police have arrested Dennis Wright in connection to Parson’s death.

I told you anything can and WILL happen in 2016. Take a long hard look at your saviors #Evolve61 @EthanCarterTNA pic.twitter.com/xR5Vd3Y5Yg

– Not to be outdone, there was a major angle at the end of the ROH Global Wars PPV. You can read Dave Meltzer’s live coverage at the Observer.

– The Bucks even superkicked their dad.

Sorry Dad. I love you. pic.twitter.com/YoQZVQK0sn

– You can read the results of the show.

– There have been some major changes to the next Bellator show in San Jose unfortunately.

– Bob Arum is planning a “Hands Across The Border” PPV.

– Andre Ward may or may not fight again before his fight with Sergey Kovalev.

– The WBC and VADA are working on a drug testing program together.

5. Holly Holm’s next fight is on FOX.

This is a weird one. Miesha Tate choosing to fight Amanda Nunes was definitely a weird business choice. But the UFC putting Holly Holm in with Valentina Shevchenko was just as head-scratching. And that fight’s not even on PPV. Rather than have a huge co-main event rematch at UFC 200, they’re fighting against other competitors with smaller names. It’s the definition of the phrase, stepping over dollars to pick up dimes.

4. Shane McMahon is scheduled to be a guest on a WWE Network podcast hosted by Mick Foley.

The new WWE Network podcast is scheduled for May 23, but it’s not scheduled to be hosted by Stone Cold Steve Austin. Instead, it will be handled by Mick Foley. Shane McMahon will be on in what we hope to be a bit of a tell-all, but probably won’t be.

The most interesting part of this is why Austin isn’t the host. On one of his recent podcasts, Austin stated that he just had surgery on his rotator cuff and can’t travel at the moment. Court Bauer had some things to say about Austin’s relationship with WWE on his latest podcast with John Pollock.

WWE announced a bunch of releases on their website during the week. For the most part, none of them were surprising, though it’s still mind boggling how badly they pushed Wade Barrett. If they didn’t know who Barrett was, and he joined the Performance Center, he’d be one of their top prospects. It’s amazing in hindsight.

What was surprising is that Adam Rose and Ryback weren’t part of the releases. He was sent home after Payback and then used Tumblr to write out his own response. Based on his note, it doesn’t seem like Ryback understands the entertainment business and while he makes a couple of good points, others are terrible. It’s hard to feel empathetic for him, but I’m sure some will.

As for Rose, he’s still unhappy with his wellness suspension.

I probably shouldn’t be too bothered with people thinking that Floyd Mayweather vs Conor McGregor is a fight that stands a chance to be made. We all love ideas like this. Hell, Lennox Lewis thought he needed Brock Lesnar to draw until he learned more about Brock Lesnar. 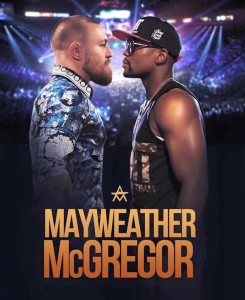 Floyd Mayweather’s admitting to now putting the rumor out there. But there are major problems with this one.

First off, Conor McGregor is contracted to fight for the UFC, which means, the UFC would have to be instep with Mayweather Promotions on putting something like this together. The UFC also doesn’t co-promote with anyone, Fedor included.

So why now? Well, Floyd has been trying to upstage the Canelo/GGG hype for a couple weeks now. There was the tease of coming back, which really was less than a tease. And now this.

Why would Conor also help Mayweather with it? Well, there’s this UFC 200 main event that’s a little better than lukewarm. He knows the fans would rather see him in the main event and this is just another way of proving that to Dana White.

And poor Amir Khan. He’s always a step behind.

Canelo Alvarez easily dismantled Amir Khan on Saturday night with a 6th round knockout. Like we posted on Thursday, Khan’s defense as well as his chin, was going to be his downfall. Khan looked pretty good for the first two and a half rounds, but once Canelo figured him out, you knew the hammer was coming.

A fight with Gennady Golovkin overshadowed this fight from the second it was made and deservedly so. It’s the fight just about every boxing fan wants to see made. But will it?

After the fight, Canelo called out Golovkin and said they would do it. At the presser, Canelo said that he’ll do it at 160. So that should mean that the fight is going to be made right?

I’m still very skeptical. GGG has a lot of momentum. He’s the next “it” guy. But with Mayweather gone and Pacquiao a little long in the tooth, Canelo is the current “it” guy. It’s clear that he’s comfortable fighting at 155 pounds. And if we’ve learned anything of late (McGregor/Diaz and Canelo/Khan), it’s that weight means something. If GGG is the larger guy and to most, the better fighter overall, why should Canelo take this fight right now? Because boxing demands it? Eh, boxing isn’t really demanding it. Max Kellerman sure thinks it is.

Sugar Ray Leonard made Marvin Hagler wait 5 years. Mayweather and Pacquiao made each other wait even longer. Unless Triple G is willing to give up major concessions on just about everything other than weight, I don’t see this fight happening now. I can see it happening late next year, but would be surprised if it happened sooner than that. I’d like to be wrong on that.