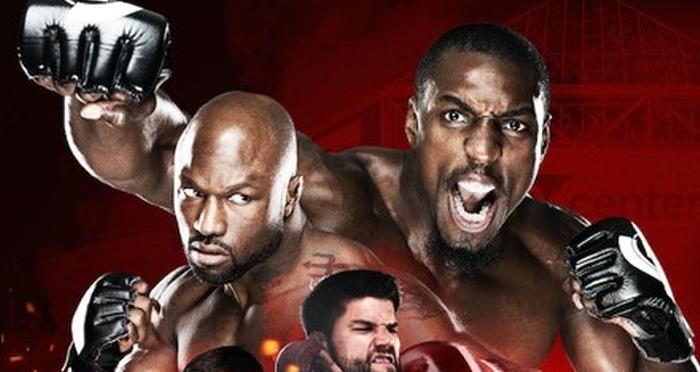 There have been changes to Bellator 154.

The Bellator 154 card has gone through some changes early this week due to a terrible tragedy and an injury.

Bellator sent out a press release early Sunday morning regarding fighter Jordan Parsons who was in an accident.

From their press release:

Bellator has been informed of a terrible accident that occurred last night involving featherweight fighter Jordan Parsons, who was struck by a vehicle in a hit-and-run incident. We are still in the process of uncovering details and with his family’s consent, hope to have an update on his medical condition soon. Our thoughts and prayers are with Jordan and his family as he recovers.

The hit-and-run occurred on Lindell Blvd. and South Federal Highway in Delray Beach, Florida. Anyone with information regarding this incident is asked to call the Delray Beach Police Department at (561) 243-7800.

Parsons was scheduled to face Adam Piccolotti on the card.

On Sunday evening, FloCombat tweeted out that Josh Thomson was out of his fight with Michael Chandler. For most, it was the most anticipated fight on Bellator 154 as well as the biggest ticket-selling fight with Thomson being from San Jose.

Michael Chandler was trying to stay on the card, including trying to entice Benson Henderson to give up his vacation to take the fight.

There hasn’t been anything announced on Chandler’s end, but Bellator’s communications team did send out a press release with two new fights on the card.

In place of the Thomson-Chandler matchup, two newly-signed main card bouts have been added to the televised portion of “Bellator 154: Davis vs. King Mo” at the SAP Center in San Jose on May 14. Sergei Kharitonov (23-5) will meet Josh “The Juggernaut” Appelt (12-5), and Andre Fialho (6-0) has agreed to fight Rick Reger (7-1).

These matchups join a huge main event between light heavyweight headliners “King Mo” (19-4, 1 NC) and Phil “Mr. Wonderful” Davis (15-3, 1 NC), who will duke it out to determine the No. 1 contender for Liam McGeary’s title.

With the injury to Thomson and the Jordan Parsons tragedy that forced the cancellation of his fight with Adam Piccolotti, “Bellator 154: Davis vs. King Mo” will soon receive an additional two bouts to round out the five-fight event.