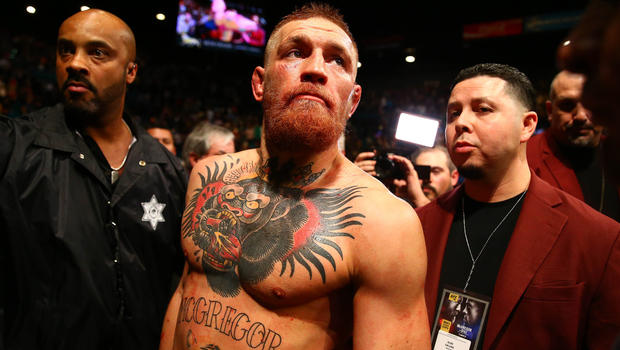 We want to pay our respects to the friends and family of Joanie Laurer, better known as Chyna, who passed away during the week.

John LaRocca, Dave Dutra, and I reminisced about our trip to the Cauliflower Alley Club on FGB Radio.

– Alan4L has finished his Greatest Wrestler Ever project.

– Matanza (aka Jeff Cobb) was injured over the weekend. Cobb made a statement on Twitter.

Here's the REAL scoops. Bottom line, I got anxious, 5 stitches, I'll be back in a week! Mahalo to you all! #LuchaUnderground

They said the surgery recovery time is 9 months, but I’m ready to go in 5. This #MemorialDay Cena is back on #Raw. #NeverGiveUp

– Terence Crawford sets up his next fight, but was arrested.

– Bob Arum says he lost money on the Bradley/Pacquiao fight.

Benson Henderson was a highly publicized free agent signing for Bellator. In his first fight, which was also a title fight, he lost to Bellator welterweight champion Andrey Koreshkov. Henderson fought hard, but the fight itself wasn’t all that competitive.

Koreshkov was much larger and pretty much walked Henderson down the entire fight. I wonder if it changes Henderson’s mind when it comes to fighting at 155 or 170. He was dwarfed in this one.

4. Samoa Joe wins the NXT title at a house show.

Samoa Joe is 0-2 in title matches at NXT specials. Instead he won the title at a house show in Lowell, MA.

It’s quite possible that Balor wins the title back soon. Or, maybe Balor is headed to the main roster. At any point, it seemed like such a cool deal for the title change to happen at a house show.

Triple G didn’t really allow Wade to breathe on Saturday night. He didn’t think Wade could hurt him either. He knocked him down three times in two rounds, with the final two knockdowns making Wade completely unsure that he wanted to get up. He was quite wobbly.

You can watch highlights below.

Where does Triple G go from here? If I’m Canelo Alvarez, I want none piece of Triple G, especially at the higher weight.

It was the return of Jon Jones, but it didn’t feel like too hot of a show. With Daniel Cormier out, the fight turned from a money grudge match into somewhat of a late in the camp sparring session. Ovince Saint Preux looked halfway decent for two rounds, but got tired. Jones wasn’t taking any chances.

The show itself was solid, but with the main event being a bit of a bore, it ended on a flat note.

At least we got to see Demetrious Johnson at his very best.

1. Conor McGregor vs The UFC

Dave Meltzer wrote about the high stakes poker game between Conor McGregor and the UFC.

After Dana White said that McGregor was off UFC 200, McGregor wrote a Facebook statement, trying to explain his situation.

At that point, White doubled down on McGregor not fighting at UFC 200 and said so at the UFC 200 press conference, only, he had no main event. Nate Diaz said that if McGregor wasn’t fighting, he was going on vacation. Nate not only understands his value, but he also understands the game being played.

Late Sunday night, McGregor tweeted that he was back on the show.

Happy to announce that I am BACK on UFC 200!
Shout out to @danawhite and @lorenzofertitta on getting this one done for the fans. #Respect

However, it’s possible he’s overplayed his hand. Dana White said that McGregor is in fact not on the show. And that’s where we stand.

Personally, I think they’ll eventually figure it out because everyone I talk to is lukewarm on a Jon Jones vs Daniel Cormier main event at UFC 200. But they’re running out of time.