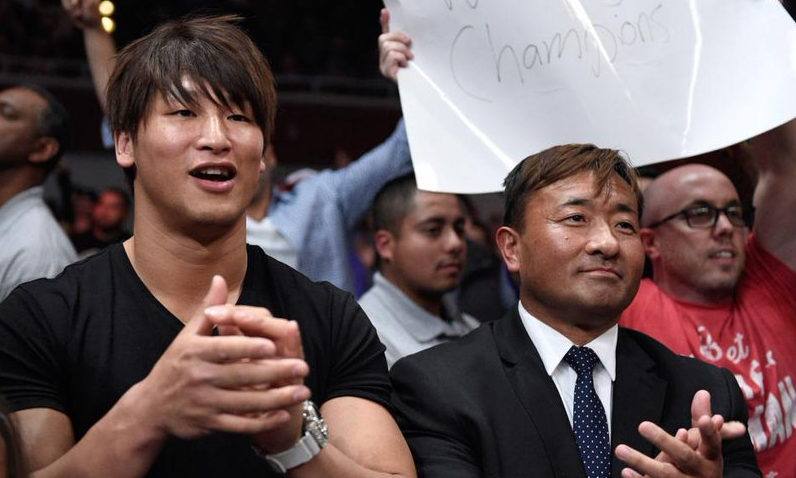 On Saturday, I posted about the happenings in Dallas from Thursday and Friday. Saturday was fun too.

The entire weekend so far as been a blur with all the things going on. As is usually the case on these trips, you take sleep when you can get it.

We had an early start to Saturday with Evolve 59.

I thought it was an excellent show. It was much different from NXT the night before in that with any WWE show, a lot of it is entrances and crowd chants and atmosphere, whereas at a show like Evolve, the focus is mostly on the in-ring.

There was a lot of good grappling on the show, reminiscent of my buddy John LaRocca’s Premier. Timothy Thatcher, who I first saw at Premier, is the Evolve champion and he faced Marty Scurll in one of the Team USA vs Team Europe matchups. The match was good with the quick (and realistic) submission stoppage, but I wanted to see a little more of Thatcher considering I’ve seen him and Joe Graves put on some absolute classic. But it was really good work.

It was also my first time seeing former UFC fighter Matt Riddle in a wrestling ring. As I was walking toward my seat, Riddle yelled to Dave Meltzer, “Don’t worry Dave! I won’t let you down!”

And he didn’t. He looks like a skinnier Kerry Von Erich and wrestles without shoes like Kevin. He’s an excellent athlete and super strong for his size. He was doing delayed German suplexes on Zack Sabre Jr. that were impressive. Sabre Jr. is smooth as butter inside the ring. My buddy Jeff Hawkins (@crapgame13) thinks Sabre Jr. needs to sell a bit more and he’s definitely right, but the guy is already good and will only get better.

Ricochet and Will Ospreay was an exercise in supreme athleticism. As a wrestling match, I liked Shinsuke Nakamura and Sami Zayn slightly better, but as a spectacle, this was right there with it.

I know Evolve had some issues with their live stream, but I would advise anyone to go out of their way to see it. I think I’m going to start picking and choosing to watch more of their stuff.

Maybe the coolest part of the day was seeing Kota Ibushi both in the back and during his run in after the main event.

Ibushi and Ricochet at #Evolve59

By the way, the Dave Meltzer selfie count may have been nearing 100 by the time Evolve was over.

My buddy Blake is a very casual fan. He loved NXT, but I didn’t think Evolve would be his thing. But I knew he’d like to listen to good old JR tell stories, so we headed out to the House of Blues.

Before we did that, I had lunch with Damian and Ines at the Hard Rock. We were in a bit of a rush as we only had about 45 minutes before the Ross show. The waitress kept telling us that they were very busy and she’d try to get our drink and food order out as soon as possible. But it wasn’t busy at all. We didn’t have to wait to sit down and there were a ton of empty tables.

Our waitress was a nice young woman who for some reason was wearing a full sweatshirt with the hoodie on. She was like the female version of B-Rabbit from Eminem’s 8 Mile. I thought she was going to drop a moody 16 bars on us after she finally gave us our food.

Back to Rossy – Damian and Ines didn’t really enjoy it that much. Ross brought out Jeff and Karen Jarrett. Jeff is political, so he doesn’t say a ton. Karen isn’t. She probably says too much. I enjoyed the dynamic and thought it was entertaining.

Karen and Jeff Jarrett are the guests for JR's Ringside with Jim Ross show.

But my buddy Blake had a blast. He died laughing when Ross told the familiar story of he and Ric Flair picking up on some flight attendants. In the story, Flair pulls out his “gimmick” in front of the ladies, which Ross described as a baby’s arm with an apple on top.

The best story was one that Rossy probably wasn’t going to tell until Karen requested that he do so. It was about when Vince McMahon fired Ross because Flair was drunk at a 2K event that Ross was MCing. Ross said that he harbors no ill will toward Flair, who was rightfully a mess after his son Reid has just passed away. He also said he understood the deal and that rather than retire, he reinvented and was glad he did. 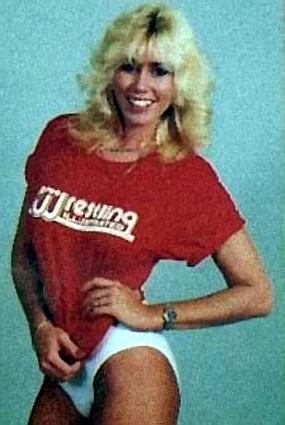 I opted out of going to the Hall of Fame, which I heard mixed reviews about. It’s now become so much more a TV event than a cozy night of hearing old wrestlers talk. I also missed the other two shows going on because I wasn’t sure if I’d be back from dinner in time.

I really wish I would’ve gone to see the WrestleCon Supershow. Why? I didn’t know Missy Hyatt was working in her retirement appearance. If I did, I would’ve tried to go for sure.

When I first started watching wrestling, it was mostly WWF and some NWA. But I would read Pro Wrestling Illustrated so I would get to read about the other companies. I was a huge fan of Missy Hyatt from before I ever saw her work to NWA/WCW because of PWI. The picture on the right was a big reason why.

Fast forward to Saturday night. I saw her and wondered how I’d approach her to simply tell her how big of a fan I was of hers. Thankfully, Ed In San Antonio walked over to her to say hi and I piggy backed on Ed to meet her.

I’m thankful I did. I told her that if she’s ever on the west coast again, she needs to come to Big Dave’s and watch WWE or UFC.

WrestleMania Sunday is here. My last post chronicling the weekend will be up tomorrow.