Premier XII is finally here. With Shayna Baszler and Colleen Schneider set to make their Premier debuts (and Colleen’s pro wrestling debut), there is probably slightly more interest for this one than normal.

Add to that, Joe Graves’ attempt to wrest the Premier Heavyweight Title from JR Kratos’ waist and Jeff Cobb (who is debuting on Lucha Underground in the near future) wrestling, and you have a really good card. Also, Nicole Savoy faces RAZE in RAZE’s first title defense of the Women’s championship.

We’ll be back at 5PM Pacific with full play by play of the show.

This is James’ Premier debut. James won after turning a guillotine attempt into his finisher which was what looked like a suplex attempt in which he laid him out flat like a cutter.

James did his running corner forearm and drop kick which is another signature move. Fun opener.

Lot of rope running early on and trash talk by Royal.

Royal played full heel, working on Lewis’ left leg. Lewis sold for most of the match until he “Lioned” up for his comeback. But his leg was too damaged. Lewis tried a sunset flip and Royal sat on it, cradling the leg for the pin.

This one has slobberknocker written all over it. 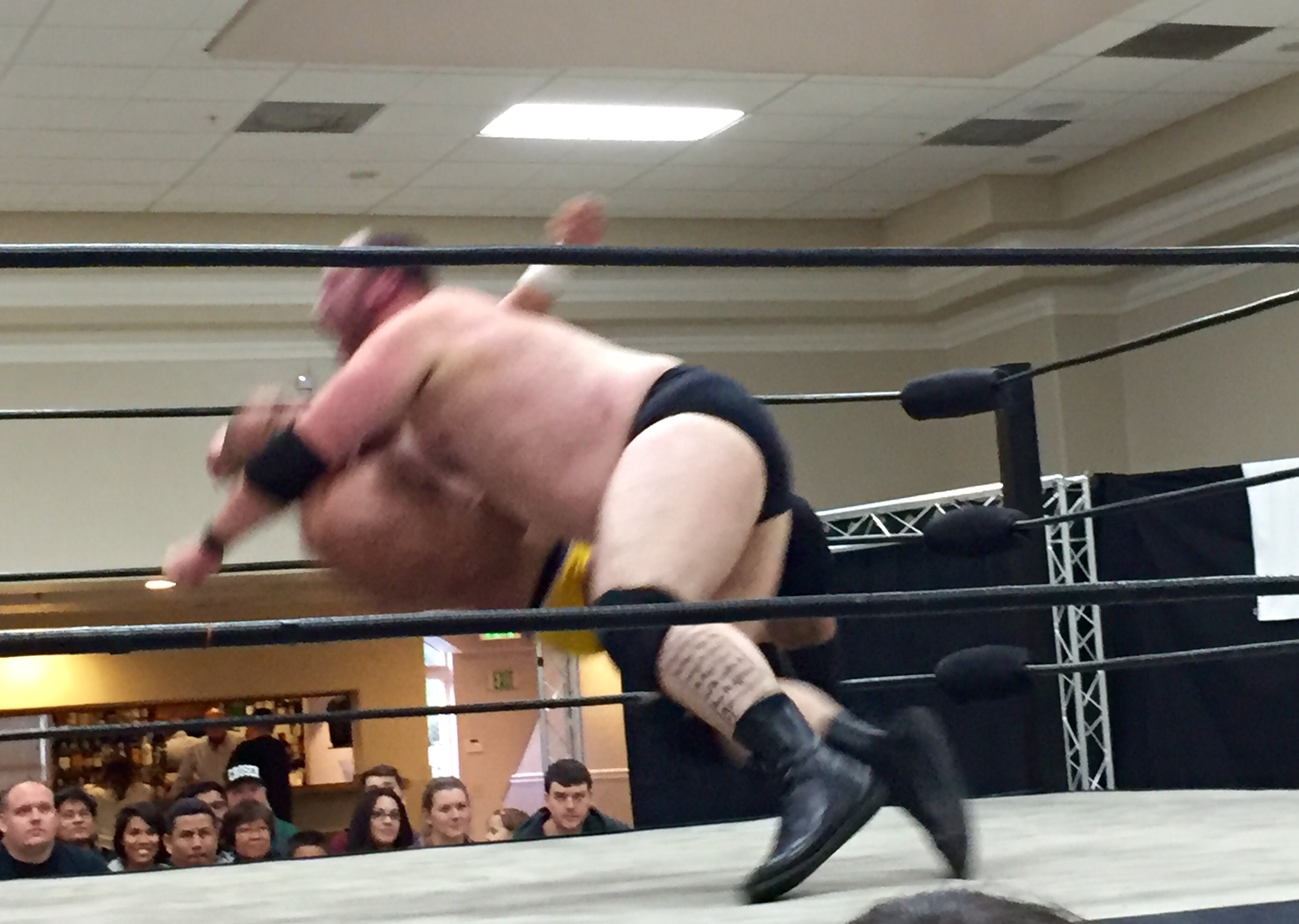 These guys are so big and agile. Frost hit a series of moves to set up his senton. Gallo was able to get his shoulder up. Frost had him in the corner and the referee was turned around which allowed Gallo to sucker punch him and then hit the DVD for the win.

Bateman beat Cobb in an upset. Cobb was tremendous in his selling.

Cobb gave him a German in the corner and Bateman just missed hitting his head on the bottom turnbuckle. Cobb did a standing moonsault and a standing shooting star.

I think they banged heads or ran into each other with Bateman ending up on top. If that’s incorrect, I’ll edit later.

Update: What actually happened is that Bateman was hitting Cobb with elbows on the floor and Cobb went out.

It’s a battle of MMA stars. 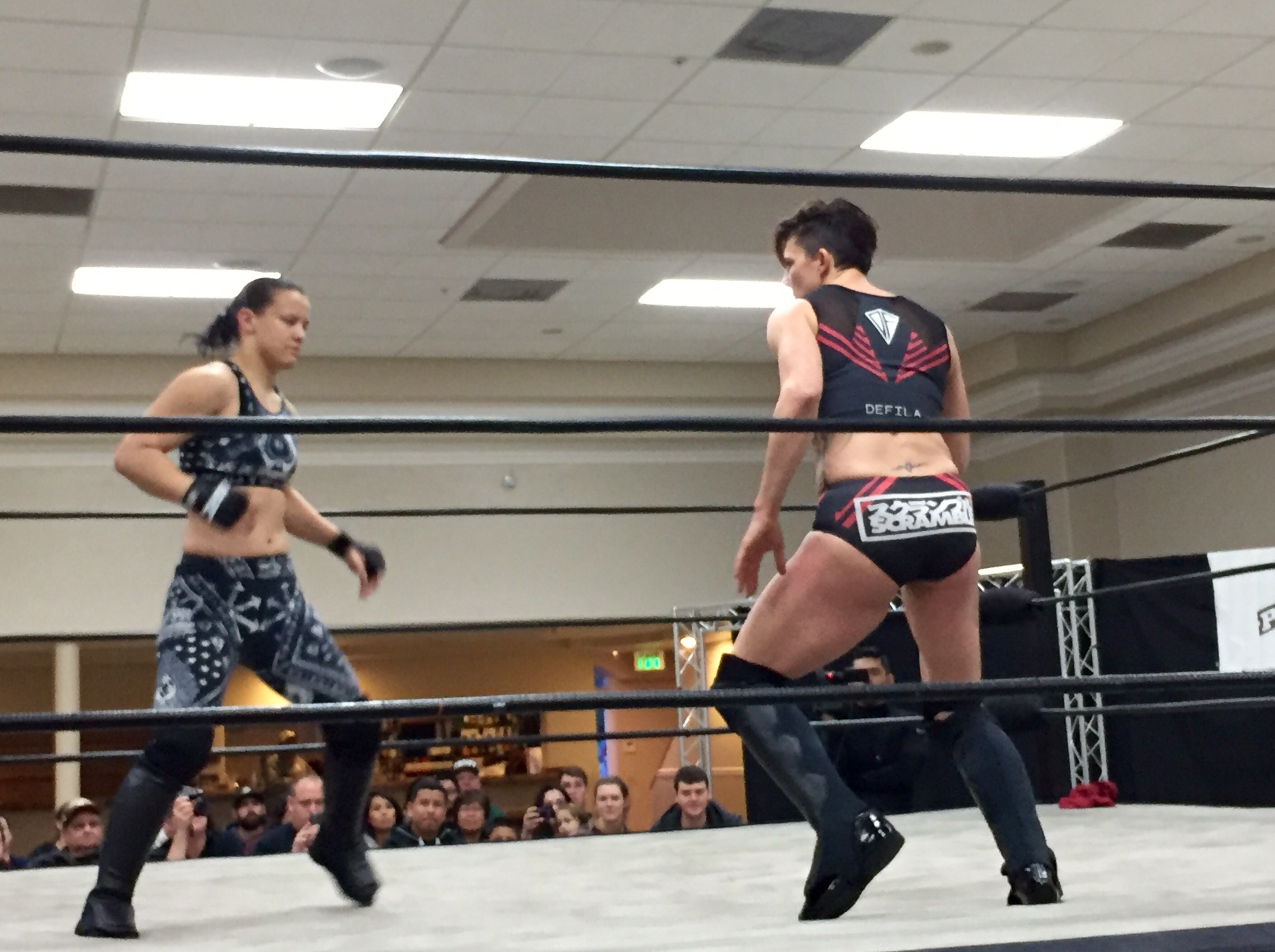 This was great. Colleen, with her tae kwon do background used lots of kicks early. Shayna also used brutal knees on Colleen in the corner.

Colleen performed a German suplex on Shayna for a two count early on. She went behind her again, which Shayna turned into an arm bar for a quick tap.

This is for RAZE’s Premier Women’s Athlete’s title, which she won by defeating Savoy in the tournament finale at the last Premier show.

Good back and forth stuff. It started off heated with lots of slaps. Savoy was trying to get RAZE to tap, using an arm bar and a cross face where she grapevined her arm around her knee.

RAZE wouldn’t tap. She hit a sweet back suplex. She eventually hit the spear for the win.

This is for Kratos’ title. 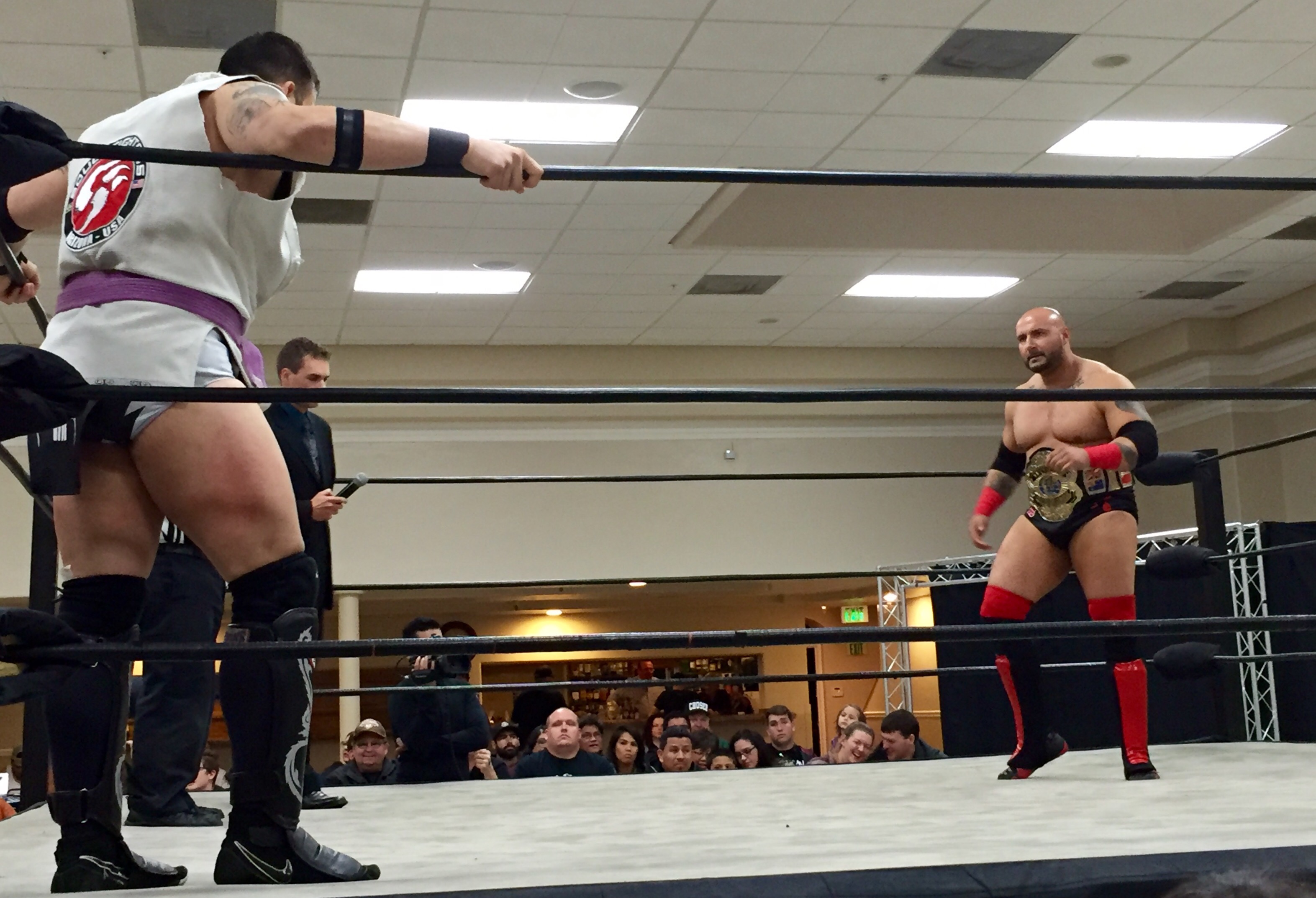 Kratos is antsy early on, trying things you don’t usually see him do like a flying drop kick to try and catch Graves by surprise. Graves is ahead of him in on the grappling side early, which is to be expected though Kratos has trained with Josh Barnett.

Graves is working for arm bars and leg logs and Kratos is on the defensive, trying to fight out of them. Every time Graves grabs an arm bar, it’s near the ropes so Kratos can get out.

Kratos hit a pile driver but then was caught in a triangle. Kratos picked him up and slammed him.

Graves did a running bulldog into the second turnbuckle and then did a diving spinning elbow off the top. Kratos hit a running knee and set him up for his finisher, but Graves turned it into a rear naked choke and Kratos had to tap out.