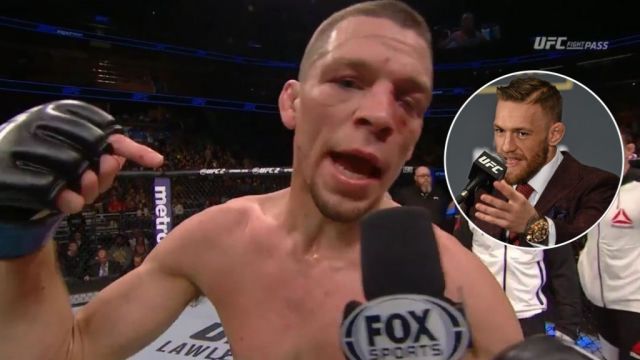 – We’re writing and podcasting every week about the Road to WrestleMania 32 on FGB. Week one is in the books.

– Invicta fighter Colleen Schneider, who makes her pro wrestling debut this weekend for Premier, talked to us about her career as well as the upcoming match against Shayna Baszler.

– Kevin Owens and AJ Styles will mix it up at MSG.

– The Godfather is headed to the WWE Hall Of Fame.

– Frankie Edgar was none too happy when Dana White said he didn’t want the fight with Conor McGregor.

– Ronda Rousey has some thoughts on Manny Pacquiao’s infamous words.

– “Hands Of Stone” is coming out in August.

– Good Old JR is going to be doing play by play for CBS Sports.

– Canelo and Khan hit the road.

– Plans for Miguel Cotto’s next fight are being set.

– If Deontay Wilder defends his title against Alexander Povetkin, it’ll happen in Russia.

I missed the fight Saturday night, but it looks like Bud had his way with Hank Lundy, finishing him off in the 5th.

ROH held two shows the week before UFC 196, with the first being their 14th anniversary show. The Friday night PPV featured Jay Lethal pinning Adam Cole in a three way to defend his world title. The most buzz was for the six-man tag match between the Elite and ACH, Kushida, and Matt Sydal.

Kazuchika Okada and Hiroshi Tanahashi were also in matches on the show.

They also held television tapings for the next four weeks on Saturday.

Alex Goff, who was live at the show, discussed both nights on FGB Radio.

Having @KennyOmegamanX with us at ROH tonight felt like magic. pic.twitter.com/DexjvlEoVG

While I had Anderson Silva winning the fight, I was personally happy to see Michael Bisping beat him at the latest UFC Fight Night card that was exclusive to Fight Pass.

Silva did more damage, including nearly finishing Bisping at the end of a weird third round. Silva was at times, his own worst enemy, showboating more than fighting until he felt he had to, and Bisping took advantage of it, being the busier fighter.

It was a very good fight and you should definitely check it out. It was possibly Bisping’s greatest performance.

2. Shane McMahon is back. 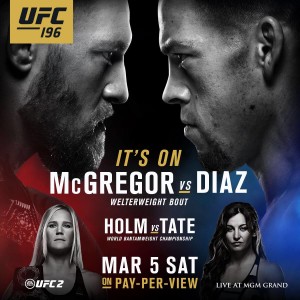 While I’m not too keen on the storyline thus far, Shane McMahon being back seemed to invigorate some of the old Raw fans to come back and watch the show. Could the boy wonder who is now in his mid-40s, spark Raw for the next few months? Eh, with WWE’s track record, I’d bet against it. But for one night, it was a nice surprise.

1. Nate Diaz gets the call to face Conor McGregor.

I personally thought Donald Cerrone should’ve gotten the fight, but from what it sounds like, Nate Diaz was the UFC’s guy all along. It’s not a bad move at all. Diaz gives you almost as much as Cerrone would from the promotional angle and depending on where you think this fight goes, might be less trouble for McGregor than Cerrone.

UFC 196 is around the corner and we’ll have a preview up on the website by Friday.